I worked at FCB two decades ago and it was the second worst experience of my advertising career. The place. simply put, was devoid of soul, personality and humanity.

Their lacunae in these areas could be summed up by their logo of the time: the letters FCB in heavy bold black type and then beneath that those letters, a big blue brush stroke of a hideous blue.

The brush stroke was their attempt at saying "look at us--we're bold, brash, daring and ever-so-slightly irreverent. And, we have a personality!"

What it really communicated was something quite different. "We have no taste. And we like to underscore that."

I think about that FCB logo a lot. I think about how many companies and entities--under the shibboleth of gleaming (or ugly) logos and "brand architecture" are cold, faceless and dull.

Here in New Zealand, there is a soda company called LP.

I've been here but four days yet I'm already impressed by their personality. It is a real personality. You can tell it hasn't gone through 97 layers and 44 focus groups. 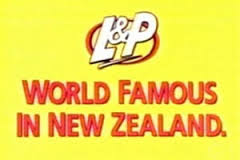 No, a line was written by someone. And someone else laughed. And didn't forget they laughed. They said "that's good. That's us." And they then plastered their line on everything they make.

There was no bullshit about brand voices and personalities. There were no decks describing brand behavior.

They were smarter than all that blather.

Instead of talking about personality, they decided to have one.


Posted by george tannenbaum at 2:10 PM

I was there on contract about 10 years ago and the creative department was like a tomb. Bloody awful

I dont know George, maybe its just New Zealand agreeing with you.

When you leave America you'll find that the advertising is fresh and witty. American ad agencies love corporate speak. They no longer talk to people. My advice George is not not return to New York. Take a job in Asia and do some great work.