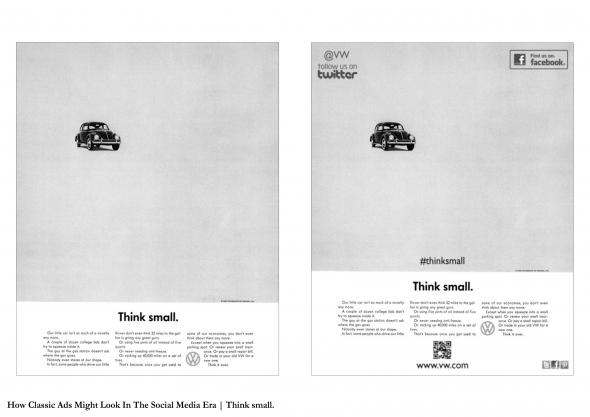 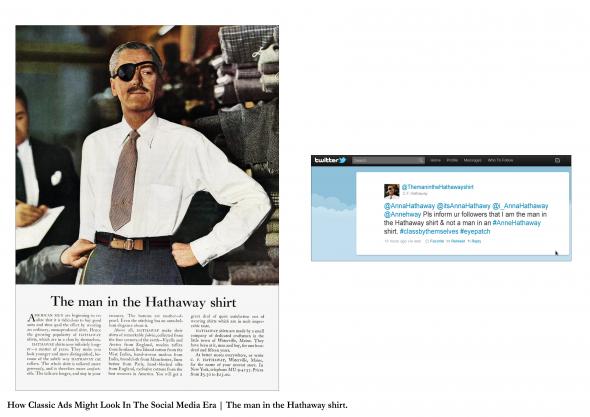 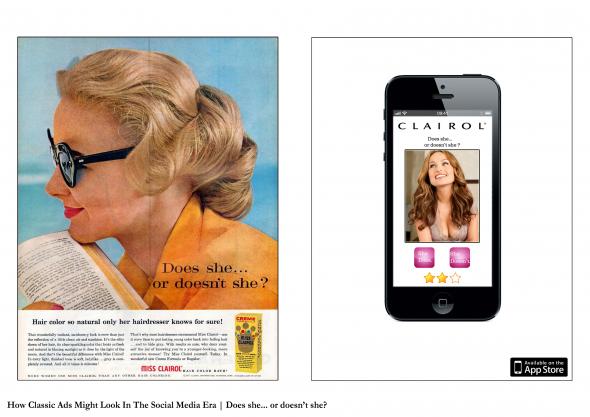 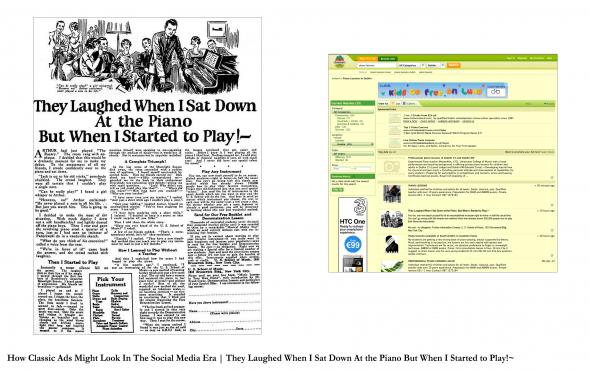 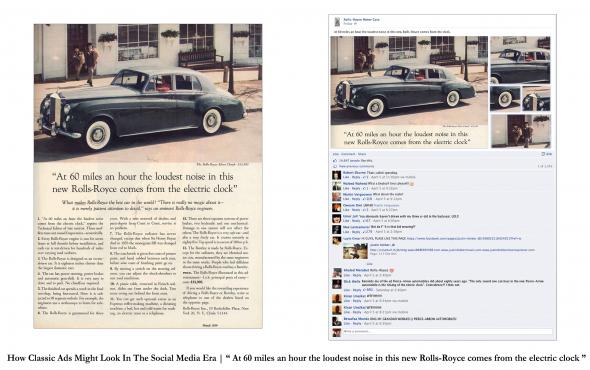 I just saw this on a site called "Ads of the World. "A Dublin-based creative named Eoin Conlon brought a few classic ads "up-to-date" for "the social media age."

I question, of course, if this is in fact "the social media age." But whether or not it is is not the point of this post. (I don't think I would characterize this age as such--certainly not our advertising age. However, that's a discussion for another post.)

What all of the old ads have in common is that they were all based on a simple premise: Nobody cares about your ad. So your ad, in order to attract attention, had to do or say or show something remarkable.

The social media renditions are not so striking. Nor are they unique. They are based on the idea that they don't have to be because they are so adroitly targeted they know exactly how to speak to you and what to say.

I am of the opinion that it makes sense if you're running an ad to make sure it has the most stopping power of any ad that surrounds it. Apple, of course, does this to great effect.

We act in our "social media age" as if media cacophony, disdain for advertising, ability to zap messages (we could always turn off the set, leave the room, turn the page) are phenomena of recent advent.

An ad, or a social media message, if it is to be relevant in any "age" must first get your attention. It must communicate something of interest. Great ads also give you a reason to believe and the impetus to buy. (Or as Carl Ally said: an ad must impart useful consumer information in an executionally brilliant way."

I just don't see that in the social media examples.

Perhaps that's why no one can cite a brand built on social media.

They're ads that are supposed to "engage" you.

But, I think, they are too ignorable to do so.


Posted by george tannenbaum at 2:12 AM