I think in almost every sphere of my life, I feel like a china dinner plate and the Great Magician has just pulled off the great tablecloth trick. Everything has been pulled out from under me, and who knows any longer where you stand—and if there’s any such thing that's less firma than terra firma. 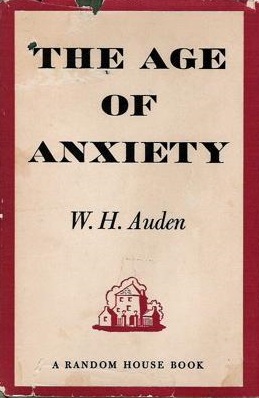 Some of that shaky feeling is because I am walking on untrod ground everywhere I step. W.H. Auden, way back in 1947, wrote a book-length poem in an attempt to capture the feeling. He called it “The Age of Anxiety.” He won a Pulitzer Prize for the thing, Leonard Bernstein composed a symphony based on the work and Jerome Robbins a ballet. Back when things like that mattered.

I suppose I’m invoking the recency heuristic, but I think Auden back in the mid-1940s might have had it simpler than we are feeling today. Sure, he was living in the wake of the near destruction of the world—an estimated 3% of the world’s population died in World War II. That’s not counting Stalinist-terror and Mao-ist terror that book-ended the war with killing sprees, each of which destroyed between 30 million and 70 million people. And sure Auden had to face the prospect of Soviet tanks in Europe and Soviet and American A-bombs wiping-out everything save cockroaches and their republican counterparts.

The ongoing anti-black war. The prospect of a global Depression. A virulent disease. An even-more dangerous existential climate crisis. And worst of all, our inability as a species to take any of these threats seriously.

Maybe, in fact, the worst consequence of our current Age of Anxiety is the worst of all consequences. Our species can no longer agree on a common reality. Truth and facts have lost their meaning. The United States of America has be subsumed by the Solipsistic States of Anxiety.

We are even debating whether or not the earth is round. And I know in my marrow that in the next three years or five, there will once again be a Koch-backed anarchist movement that will gain traction based on the idea that only property-owners and taxpayers should be allowed to vote. That terrifying idea makes absolute sense if you’re a Federalist Society-endorsed Supreme Court judge—as five of the nine are—and you hold to the noxious, nefarious and illogical conceit called “Originalism.”

Originalism--the notion that our laws today should reflect  what our founders' intent was back when 90% of the population couldn't vote, black people counted as only 3/5ths human and slavery was the law of the land.

Yeah, this is gloomy.

And, maybe, I have no right to gloom. Despite bearing the scars of child-abuse and neglect. That was 45 years ago, get over it, George.

My business—five months gone from Ogilvy—has surpassed my wildest expectations. I am lucky enough to be turning clients away, knock wood. And so far, am enjoying the luxury of employing just one person, an old friend who I’ve hired to be a “mensch-meter.” If she doesn’t think someone is a mensch, I won’t work with them.

What’s more, my wife and I are healthy, working and living in a tight little cottage on a cliff 20 feet above the roil of the Long Island Sound. My daughters are well, too. And that makes me happy. And Whiskey, who is undergoing chemo, seems to be handling the treatments and the drugs with aplomb. She’s eight now and like the rest of my family, of course, suffers from ups and downs, but we Tannenbaums seem to be a resilient flock.

When we have the time, we can sit on some classic Adirondack chairs in our backyard and look over the Long Island Sound. We can hear the metrical clanging of a buoy’s bell less than one-thousand yards away. There, twelve miles in the distance is the Long Island coast.

More often than you’d think you see an Osprey one-hundred feet in the sky. Suddenly, the large raptor drops into the sea and emerges seconds later with a small silvery fish in its talons. It struggles for a couple of seconds. It ups-and-down for a minute fighting gravity and the added weight of its kill to fly to its high nest and feed its family. Soon it gathers speed and its broad wings lift it into the sky and on its way home. 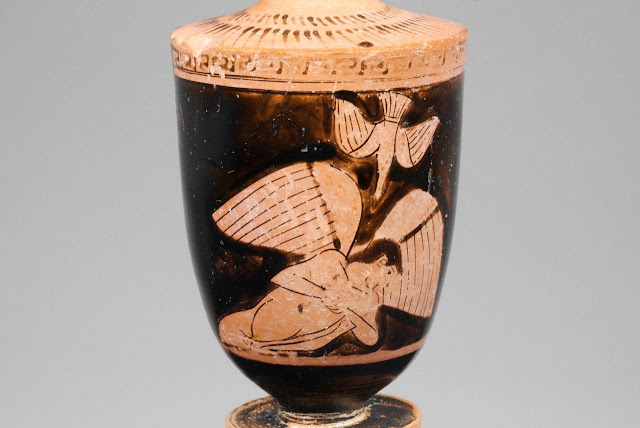 Somehow it all reminds me of Icarus and Daedalus. You know, that whole flying-too-close-to-the-sun-thing.

There’s a lot to trying to make it in this world. A lot of escaping the gravitational pull of common expectations. A lot of trying to escape altogether. Most of all, there’s trial and error. Soaring. And, inevitably, crashing.

But for whatever reason, in whatever Age of Anxiety we live in, we somehow decide to try again.

There are two ways we can end this merry little romp. They're both by Mr. Auden from his aforementioned epic. Pick one. Or none. Or both.

“The world needs a wash and a week's rest.”

“The wolves will get you if the moths won't.”