Please read this. Please do something. Now. 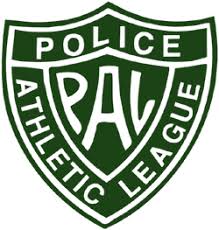 I met my oldest and wisest friend when we were just 13 and ninth-graders together in an elite private school in one of New York's tonier suburbs. I've written about Fred a lot in this space. As you'd expect I would, having known him for 49 years.

In fact, I can say with only the slightest bit of hyperbole that Fred saved my life. Growing up with two brutally demanding parents, Fred was the first person who ever told me I was smart. For that, I thank him nearly every day.

Fred is now the Executive Director of a noble organization--The Police Athletic League. The PAL calls itself "The Best Friend a Kid Can Have." That slogan might be hard to reckon with in the wake of George Floyd and countless others.

But Fred believes it. And so do I.

America has an original sin that we are all damaged by. That original sin affects each of us every day. We all have work to do to overcome the toxins of that sin. Racism, hate and violence are our national SuperFund site.

Let's all pitch in and start cleaning.
With Fred's permission.
And from The New York Daily News, June 3, 2020.
Our cops, our children and our country: George Floyd and how to get through this wrenching moment
By FREDERICK J. WATTS
NEW YORK DAILY NEWS |
JUN 03, 2020 | 5:00 AM

I am no stranger to policing. My late father was a New York City police officer; I was a prosecutor for 30 years with the Manhattan district attorney’s office; and I now run the Police Athletic League (PAL), which serves thousands of inner-city youth in educational and recreational programs.

Still, nothing in my background prepared me for what I viewed on the video of Derek Chauvin putting his knee on George Floyd’s neck for nearly nine minutes.

My wife and I are the parents of two young men. Like all parents, we have worried about our children from the time they were young. Will they make friends; do well in school; make the varsity team; drive safely? Will they become happy and successful adults, pursuing friendships, education and careers?

But we are an African-American family, and our household, like those of African-American families nationwide, has an additional guttural fear: that our children will be victims of senseless violence solely because of their race. Perhaps they will go for a run and end up like Ahmaud Arbery — killed for the crime of jogging while black. I still worry that my now adult sons may have a routine encounter with a police officer and suffer the fate of Floyd. Like so many African American parents, I have a raw fear deep in my chest that I can never fully escape.

This fear found expression when my oldest son was asked to walk a family friend’s dog late one evening. The friend was a white adult, and lived in a private house in a largely white neighborhood. The friend had casually told my son to “hop through the porch window” if he could not find the key to the front door.

The friend meant no harm. But my wife and I were horrified. We knew what the friend did not appreciate. This act — a black teenager climbing through a window — could invite danger, perhaps death. Our son might never be given the chance to explain himself, an opportunity our friend blithely assumed would be available to him. What followed were explosive pleas by my wife and me, imploring our son that he must be more careful; that he bore an extra burden to ensure his own safety. Our appeals were loud and visceral, and those feelings of fear and anger came flooding back in the wake of the killings of Arbery and Floyd.

Yet there are reasons for hope. At our PAL centers, volunteer police officers coach sports teams made up of at-risk youth; read to children in afterschool programs; and compose and perform music with teens in PAL’s Cops & Kids Chorus. Those officers engage with youth in ways that allow them to internalize that these young ballplayers, students and singers “matter.” The officers live the reality that their young charges are not “less than,” but rather are the precious children of our community.

The very creation of these relationships makes it far less likely these officers would visit violence upon someone like Floyd, or stand idly by while it occurs.
PAL and many other outstanding non-profits confront the challenges of economic and social inequality head-on. Whether it is employing underserved teens in summer youth employment programs, or sending 100% of PAL’s College Access Program participants to college, countless officers and citizens are committed to leveling the playing field. Even in times of despair, these organizations show that it is possible to make a difference.

If you are like me, you have become emotional, perhaps moved to tears, over the killing of innocent people that we have witnessed. In response, I, along with many others, choose to fight. And, in this dark hour, I remain hopeful we will wage the fight by continuing to promote opportunities for youth, and help create the conditions and culture in law enforcement that promote social justice.

Watts, a former prosecutor in the Manhattan DA’s office, is executive director of the Police Athletic League.

Posted by george tannenbaum at 9:55 AM