Bach, Bird, the Bard and Bastards.

I remember one hot, un-air-conditioned late summer dusk, I was sitting in my eight-by-eight dorm room at Johnson Hall in Columbia University and I was listening to Phil Schaap, the world’s leading expert on Charlie “Bird” Parker in WKCR, Columbia’s radio station.

I hadn’t heard a lot of bebop growing up. Maybe some Dizzy Gillespie down and again, but mostly for his lizard cheeks, but nothing like Bird. And this was Bird at his finest. His saxophone wrestling with the world like a resolute sparrow in a hurricane. 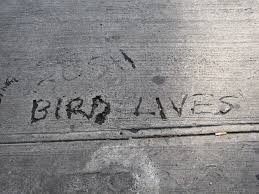 Later that day, my girlfriend came over.

She was not the bebop type. I turned the dial to the “radio station of the New York Times,” WQXR, which then as now plays classical music. This was the radio station my mother listened to, where we heard the news of the New York Stock Exchange and somber announcers reading the names of our Vietnam war dead.

In just a spin of the dial the world went from Bird's pure chaos to Bach's mathematical precision.

I was studying Shakespeare at the time, with a schoolboy’s arrogance that Shakespeare can be studied and not lived. “I get it,” I said to myself. “Shakespeare’s universe extolled a Bachian world. They cherished order and neatness and the ordained and righteous hierarchy of life. All trouble begins in Shakespeare when something or someone conspires to upset order.”

Immediately the three weird sisters entered my head. “When the battle’s lost and won…Fair is foul, and foul is fair;”

A battle can’t be lost and won. Fair and foul can’t be foul and fair. Disorder. Chaos. Upset. Mayhem. A Miltonian Pandemonium.

Which brings me back to Parker.

Parker was New York during the entropy 70s--though he died in 1955. He was discordant. Chaotic. Crazy. “Destroyed by madness, starving hysterical naked, dragging themselves through the negro streets at dawn looking for an angry fix…” Lightning on a sunny day. And thunder, always thunder. Shakespearean.


This, too, is our country today. The reverse Robin Hood republicanism where the rich loot the poor and then complain that they don’t work hard enough for starvation wages. Then the poor vote for them. Where a candidate can lose an election by three-million votes and declare he won a mandate. Where a supremacist insurrection can say it’s fighting for honor. Where so-called “conservatives,” that is, those who profess, by definition to conserve, actively destroy a planet as we steam toward our sixth extinction. 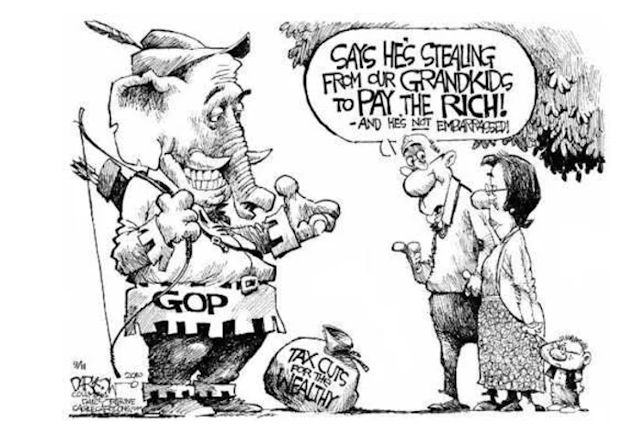 Where we wage perpetual war for perpetual peace. Where every cop is a criminal and all the sinners saints.

The same, I’m afraid, has happened to our industry. Order has died. The axiomatic verities human-kind was based on. Experience matters. Big efforts earn big results. Creativity persuades. The good should be rewarded.

Instead the industry itself says to the world that we are without power and consequence. Where alleged scions of the industry applaud and promote the teensy and ineffectual and disparage our core reason for being: to sell. Where ads that have never run take precedence over real work, because it is “cool.” Where industry reptilians who have wrested the money from the shrinking paychecks of those who enrich them have never even worked before in the industry—yet they guide the course of the industry.

Fair is foul, and foul is fair.

So, we crumble and die. And stumble and lie. And all the clear-headed can only mumble and cry.

Bird playing silently leading against a dripping and decaying subway I-beam in a heroin haze.

I was told by a very tall man two decades ago, “you have the work and the integrity, you get more options.  You have smarter clients.  You have more integrity.  And, if you save your money, you can always walk away and find gainful employment in any number of forms. The privilege of the righteous or something.”

That very tall man died three or four years ago.

I wonder what else died with him.

Posted by george tannenbaum at 6:05 AM