No one knows anything.

My wife and I piled into my 1966 Simca 1500 (without air-conditioning) and left Old Saybrook yesterday precisely at noon and headed back to New York City.
Though the Simca was originally equipped with a 1.5-liter four cylinder producing just 81-horsepower, Lothar, my Croatian mechanic who is considered the world's foremost expert in all things Simca, swapped out the original four-banger for a 2.8-liter BMW straight six. Accordingly, my little tin box can blow the doors off just about anything else on the road.
I am not endowed with a lead foot but nevertheless, we made it back to Manhattan in just under two hours, despite a log-jam of traffic that started around Stamford and continued on through New Rochelle. A distance of around ten miles, as the Simca flies.
After being away for nearly five months, I pulled into my garage space and moments later was safe in my apartment--ensconced with the glow of electric lights, cooled by central air-conditioning and informed by a strong wireless signal.
We left Old Saybrook because we had no power and didn't know when it would return and couldn't get information--accurate or inaccurate.
Under the corrupt hand of Donald Trump and his negative legions of enablers, even the foremost areas of the first world have become like third-world countries. Virtually at every "touch-point," we are "owned" by monopoly powers. Monopolies that stay in control thanks to the graft they pour (legally) into the pockets of this or that "representative."
As a country we pay more than the rest of the civilized world for almost everything we buy: health care, insurance, cable, internet access, phone service and more. We beg for low taxes then make up for their purported lowness by paying through the keister of the things we need to live.
Here are some charts that may sicken you: 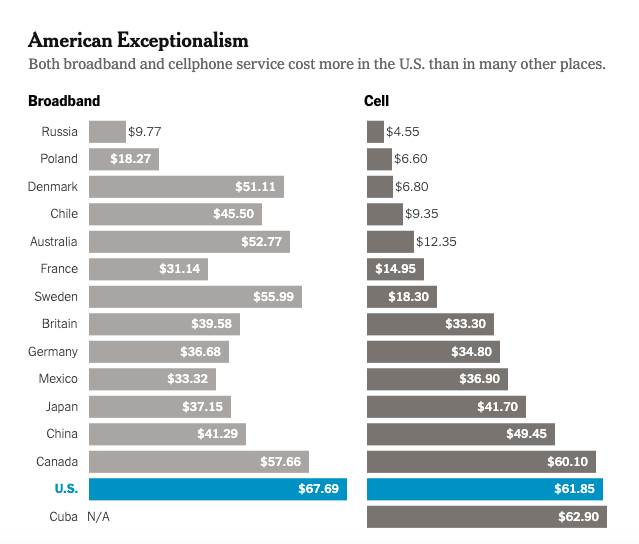 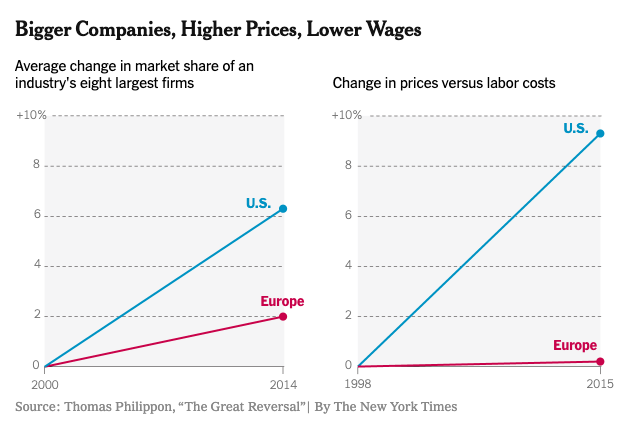 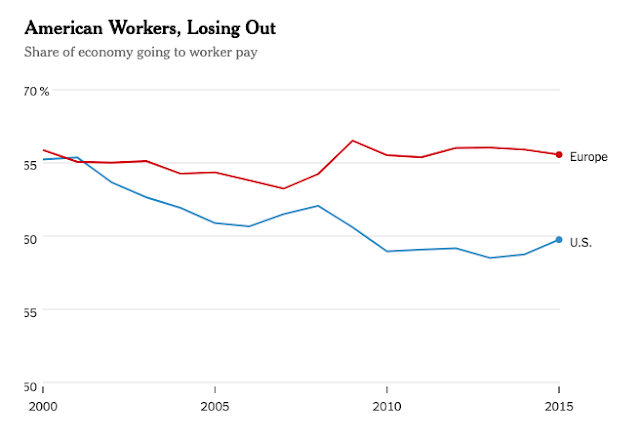 Before we left our small village for the chaos of New York, 'when would the power be back on?' was the talk of the neighborhood.
The fat guy two houses down said he heard 'this afternoon.' A less sanguine neighbor said she heard not earlier than Tuesday
--there was still a nursing home without power!
When I was out walking Whiskey in the morning a giant maple on Maple was still resting on wires as thick as a quarterback's wrist. The Eversource energy people--our local extortionate utility was handling things the American way.
Nine men in overalls and hardhats were leaning on trucks staring at the arboreal catastrophe. They scratched, talked on cellphones, and scratched some more. The big tree just lay there, laughing at the indolence around it.
One neighbor told me millions of people around the state had no power. And that neighboring states' utility workers had offered help, but Connecticut's governor turned down the offer of help lest they bring Covid into a state that's just about eliminated it.
No one knows when and if any of our current raft of calamities will lighten, mitigate or even end.
On Monday I had a call with an employment suitor. I said to him, "Ordinarily I'd ask for a three year plan. But these days, I can't even expect a three-minute plan."
The only thing I know is that great Latin metaphor, "terra firma" has lost all its meaning. It should be replaced with a George-Latinate: "Terra Jell-o." The Latin phrase today means nearly as much as justice or honest or philanthropy or even kindness.
I know this is dour.

Especially dour for a Friday.
But it's late. I'm tired.
And though I have two homes now, I feel homeless.

Worse, homeless, and without a country.
Posted by george tannenbaum at 5:18 AM