Be it ever so humble.

When the storm hit our little seaside cottage I didn't know what to expect, really. My wife, Laura, and I have been renting up here on Connecticut's Gingham Coast since March and had been through half-a-dozen Nor'easters, some with winds strong enough to knock over a $3000 gas grill. But we had never borne a storm in our own home and we did not know what to expect.

Our house is of the sturdy variety—built in 1920 when 2x4s actually measured 2x4, not some legalese abbreviation thereof, and it was built with a full concrete basement despite being just a long spit from the sea. Nevertheless, the last owner, a wicked old man who in my mind conjures up an image of a male-version of Almira Gulch, was grudging with the house. And things started falling to pieces the moment we moved in. 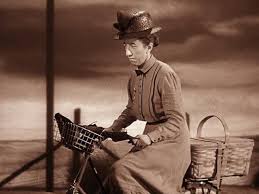 First, the refrigerator stopped cooling. Then the washing machine stopped working. Then the oven decided to no longer ov or even en. Worst for me, someone who prefers the chill of winter or the icy grip of the nearest harridan to the dank humidity of summer, the air-conditioning starting gasping and wheezing. If it were a Looney Tunes character, it would have its tongue out and would be panting against last week’s 90-degree heat.

Our little house is not in a flood zone. Though the entire area around us is low and littoral, we are on the highest in town. A good twenty feet above the highest tides. That elevation might not avail us when the petro-republicans are done destroying the polar icecaps, life as we know it and our entire planet, but it will probably suffice until it’s time to turn our home over to our daughters some time just before my size 13s zero in on a nearby bucket.

The storm quickly knocked out our power which put both my wife and I in a panic. It’s not quite on the order of a flame going out in a coal mine as the oxygen becomes exhausted, but when you’re working 20x7 (we do sleep) from home, and your deadlines offer no leeway for missing amperes, well, I felt like singing an old Wobbly song or two, something maybe by Mother Jones or Joe Hill.

I walked out to the sea with Whiskey and took these videos. If you’re an ocean person, the waves don’t look like much. But technically, the Long Island Sound is merely an estuary (the north coast of Long Island is just ten miles away, as the Ederle swims) and waves do not often crest at much more than two feet.

These waves were double that, or triple. And were atop rolling swells another three or four feet high. The winds were blowing the tops off the waves and down and up the moraine east and west of us, we could hear the thunder of the sea.

About an hour into the storm, I was still working putting together a large presentation for a meeting the next day with a large client. Like the storm was bearing down on us, I was bearing down on my copy. My wife who is even more ursine than I and can bear down like a freight-train, hardly stirred.

Then a crash came. A “house” sound. Something she and I, apartment dwellers did not recognize. She looked at me and locked in on eye contact. She slowly blinked than locked in again. A silent communication, unspoken but as clear as a telegram, that it was my job to get to the source of the cacophony.

I went outside onto the front lawn. Next to a low stone wall that girds our property stands a noble Acer Rubrum, a red maple or a swamp maple. The wind was rustling its burgundy leaves and whistling like a tea kettle neglected on a stove. I looked up to our roof and not even knowing what our roof looked like—we’d been in the house just two weeks at this point—deemed it fine.

My wife silently interrogated me when I returned. I mumbled something stupid, which is what I do when I mumble stupidly.

A minute later a teenager wearing a bikini top and very short shorts knocked on our double-pane plate glass.

“I think your chimney blew off,” she informed me, handing me an aluminum apparatus that looked like you could fry french fries in it.

“My what?” I mumbled stupidly. 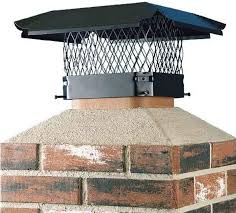 “Your chimney cap,” she answered, rolling her eyes. “It was in the neighbor’s driveway, two houses down.”

I thanked the young lady and brought the small structure inside.

In the end, the storm passed. After 60 hours with no power, and a brief return to the Masked City, we returned to Connecticut this morning.

A piece of my house blowing away to the point where it could have decapitated someone or killed a small dog taught me something and it all made me feel a bit at home, at last.

It was the first time since we moved here that I’ve felt really really guilty.

It feels nice to be home.