Lying for fun and profit. 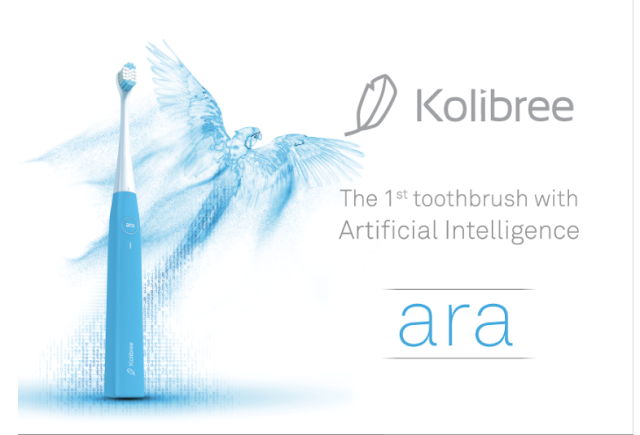 Many, many years ago David Ogilvy said these famous words—ordinarily I’d up-gender David’s words to bring them up to the standards and mores of today. But we have to, I’m sorry, as a mature society, understand that society’s past held different views.
We can’t continue to excoriate everyone not born in our era for some alleged breach of manners, morals or beliefs—we will be left with a society that has no history and no evidence of educability. What’s more, if we believe Dr. King’s words that “the moral arc of the universe is long but it bends toward justice,” then we have to believe that people, laws and nations can learn and improve. You know, bend toward justice--which is the point.

Ogilvy said, “The consumer isn’t a moron, she is your wife.” In other words, treat people in your advertising as if they are smart and worthy of respect.

If a serious intellect or academic were to look at advertising and America in the last 30 or 50 years, my guess is they would see that we have forgotten to value and respect our viewers and readers. We have forgotten to treat them as worthy of the Golden Rule. We don’t treat people as we want to be treated.

Or as another ad legend, Bob Levenson wrote:

There are horrible consequences of this malevolence.

99% of what you get from the advertising-monopoly complex is lies. “We care about you. We, the cable company won’t refund money when we don’t deliver the service you’ve contracted for, but we care.” Sure, your CEO has a net worth of $2 billion, and you can’t give me $8 back for the two days my service was out. You can’t tell me when it will be back on. And you can’t afford humans to answer humans--your paying customers.

Is there anyone in this entire country who believe a single advertised price? Verizon’s $49 come on? The airlines $199 flight to LA? Toyota’s Toyotathon lease pricing?

Likewise, is there anyone in any agency who believes their salaries should be frozen while holding companies C-level-bloat make $5 million in compensation, black car home and who knows what else.

When you think people are morons you get sloppy.

You lie. You become a liar.

You no longer have love in your heart for your neighbors. Near or distant.

You no longer love people. They're dumb, remember?

That’s what has happened in our industry.

Here, in closing is a bit more Levenson: 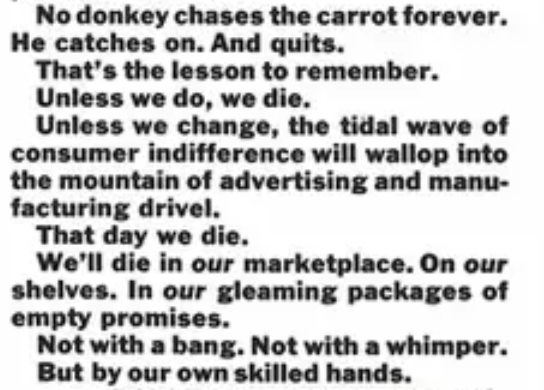