A swing and a miss.

I got a late start this morning.

While I am usually sitting in my home office and scribbling in the space by 7 or 7:30, I had things I had to do this morning and could not sit down to write.

I tried again--my plan B--in the car I take to work, but again, no dice.

Now I am at my table at work with 12 minutes to go before the onslaught of meetings hits me, and I haven't a thing to write about.

Back when I played for the Seraperos de Saltillo in the Mexican Baseball League (AA) so many summers ago, I had an extraordinarily bad stretch where I went 19 games, 74 at bats, without a hit--a skein of futility rarely matched at any level.

Hector, the Buddha of the Bush Leagues, was stoical about it.

But I kept swinging and missing. A streak not unlike the great DiMag's, only mine was bad, while his was unsurpassingly good.

I fear I'm entering another such fallow period. Perhaps it is the gloomy, for me, time of year, and an almost paralyzing amount of work.

As Hector told me nearly 43 years ago: "You keep swing, the hit come."
Posted by george tannenbaum at 9:52 AM 0 comments

When I returned home from Iceland Monday night, after a week away, our mailbox was fairly stuffed to the pupik with about 11 or 14 pounds of mail. Most of that mail consisted of thick glossy catalogs featuring skinny models selling things to an increasingly fat population. They were sent by companies I've never done business with and, likely, never will.

These catalogs will sit around for a few weeks like fallen leaves from an over-grown marketing tree, and then in a cleaning tsunami, they'll be tossed out and make their way to a landfill in Staten Island.

Also, amid this data-driven onslaught was a small but intimidating letter-like-object from the company I work for.

It was one of those faux envelopes designed by an accountant to be two-cents less per thousand to mail. Where you have to have pull apart three sides of tiny perforations--as if you are tiny-handed like our president, or are perhaps a shoe-making elf with the requisite manual dexterity.

This piece of mail looked officious and daunting--Kafkaesque is the word--so my wife beckoned me to go through the baroque labor of opening it.

Inside was an offer to sell me insurance from a third party insurance company.

In other words, my company is selling my private information to third parties to market to me.

Yesterday in the Linked In feed of someone I respect, I saw a notice about a "human data company." Ostensibly a company that uses data to help consumers rather than just sell to them.

Data--and someone convince me otherwise--is merely a marketing term (and a good one) for surveillance. We are being stalked by the corporate state 24/7 and sold to constantly.

I don't want my habits, predilections, peccadillos, key-strokes, mouse-and-eye-movements tracked and marketed to.

These practices--cookies, tracking, impossibly Soviet agreements to terms and conditions are marketing, surveillance, gone wild. It's overstepping on the part of marketers--overstepping in jackboots.

I can't be alone in this.

I can't be alone in thinking of Garbo.

I want to be alone.

Posted by george tannenbaum at 8:40 AM 0 comments

Reflections from a cold place.

Sunday night, my last night in Iceland, my wife (and I) decided that while we had seen the Aurora Borealis--the Northern Lights--three days earlier, you should never pass up the chance to see them again.

It's kind of like seeing whales in the wild, or a good fireworks display, or Ray Charles when he was alive. You grab whatever chance you have, you roll the dice, and you go for it.

It means, roughly translated that "Iceland is one cold mother-fucker." So as we headed out on a 41-foot ship to get away from the light pollution of Reykjavik, my wife and I had on layers, then layers on top of the layers.

My hat wore a hat.

The ship cut slowly through the frigid water as the other passengers scrambled for seats on the top-most deck. My wife and I had arrived early and had already found our perch.

I don't know much about astronomy--but I quickly recognized the Big Dipper, vivid like in an astronomical atlas. Further along and low to the horizon, I spotted Orion's Belt. After two hours or so we saw a shooting star. Breathtaking, literally, not in the way a really good tuna-salad sandwich is described by the be-whiskered set.

For whatever reason, the people who ran the excursion decided that they'd interrupt the still of a Sunday night on the water in late November with bad 1960s rock and roll from America.

Hang on, Sloopy, they urged. Sugar, Sugar, they saccarhined.

I pulled my hats down over my ears, to no advantage. I wanted nothing but quiet--the quiet of the waves and the luster of the silent stars. But popular taste--even at 66-degrees North prevailed.

We saw no Northern Lights that night. Conditions were good on Earth--but solar flares--emanating from our Sun, 93 million miles away refused to cooperate. Some people cursed the Sun--the innocent Sun--and wanted their money back.

I thought a lot in Iceland about the quality of alone-ness. Of being out of the mainstream--away from New York, even away from a tiny Yonkers-sized city like Reykjavik.

I thought about hopping a flight to Nuuk, the capital of Greenland, or Grimsey Island, 40-miles out to sea off the north coast of Iceland. I thought, if only, if only, I were there, with the stars and the quiet, and maybe a good book and Whiskey, a warm sweater and a bit of love, well, how bad could that be.

Now, it is 14 hours later and I am in a shopping-mall-cum-airport about to fly back to New York. A frenzy has gripped so many. The mania to shop, to buy, to consume, to get a bargain, to do the next thing.

Maybe the next thing should be to spend some time doing nothing at all, but looking at the stars and wondering if they are looking at us.
Posted by george tannenbaum at 7:03 AM 0 comments

There’s no such thing as precision.

For as long as men have been dropping, or firing, or even throwing ordnance at each other, people with epaulets on their shoulders have called it “precision bombing.”

Precision bombing was tried by both the Allies and the Central Powers during World War One, a trifle over 100 years ago, but abandoned. The promise was way ahead of reality.

In World War Two, all sorts of “advances” were made in precision bombing. Various bomb-sights and electronically-guided rockets and artillery shells were supposed to all-but-eliminate collateral damage. Various droppers-of-bombs claimed accuracy, under certain conditions, of 100 yards, or even 25 yards.

However, by the summer of 1944, by which time the Allies had had a lot of “target practice,” precision bombing was largely a fanciful notion. It took, for instance, 108 B-17 bombers, crewed by 1,080 airmen, dropping 648 bombs to guarantee a 96 percent chance of getting just two hits inside a 400 x 500 ft German power-generation plant.

In Korea and, later, in Vietnam, despite some success with laser-guided bombs which could strike within 20 feet of the intended target, most of the bombs dropped in those wars came from B-52s, which didn’t even make an attempt at precision bombing.

Precision bombing, we were told, had really arrived by the time we attempted to wipe Iraq off the map in 1991. However, despite their purported advantages over “dumb” bombs, precision bombs accounted for less than 10-percent of the ordnance dropped by American imperial forces.

In Sunday, November 19ths' “New York Times Magazine,” there was an article entitled “The Uncounted.” Here is its subtitle: “An on-the-ground investigation reveals that the U.S.-led battle against ISIS — hailed as the most precise air campaign in history — is killing far more Iraqi civilians than the coalition has acknowledged.”

In other words, precision ain’t what it’s cracked up to be.

This post, however, is not about bombing, though I suppose it could be. It’s about not believing men (they are largely men) who wear epaulets, either real or figurative one. That is the people who issue proclamations.

In marketing, I believe, those who use of the word precision—as in precision-targeting—are as full of bombast and deception as are our generals.

Whether it’s my personal email, my social newsfeeds, or the reprobate marketers who call my various phones—willy-nilly better describes their efforts than precision.

I don't believe, because I have never seen, the right message, to the right person, at the right time. If such precision is more than a chimera, how come it hasn't happened to me, once, in the 20 or so years I've been online?

So as far as precision marketing goes, I’ll be precise about this: I’ll believe it when I see it.

Posted by george tannenbaum at 4:26 AM 0 comments 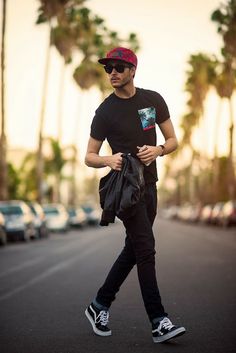 November 14, 2017
My new Veiny shoes will be hitting the shelves soon. They come in both “left” and “right” styles. I can’t wait to buy a pair from you on eBay someday.

November 16, 2017
If you wear enough t-shirts with meaningless statements on them, it’s meaningful.

November 18, 2017
Self-awareness starts with self, and ends with awareness.
Whoa, bro.

November 20, 2017
The moment to hesitate is after you stop hesitating. Don’t let anything stand in the way of your standing in the world.