Macro and Micro thoughts on working in Advertising. (A digression followed by nine more digressions.)

The other day I was asked by two young people who work for me if I would speak to a group of even younger people who were in the agency for a day to learn about the ad industry. 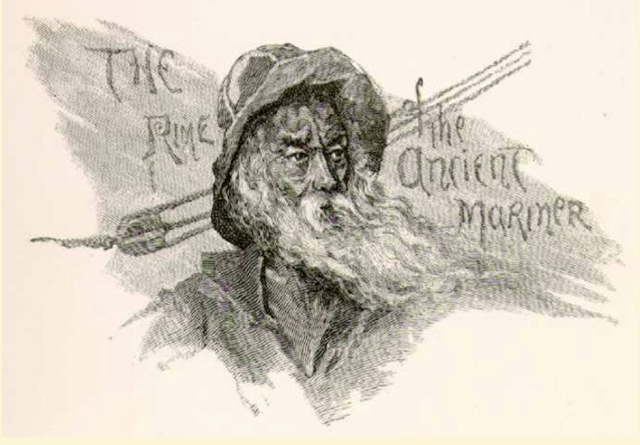 "It is an ancient Mariner,


And he stoppeth one of three.


'By thy long grey beard and glittering eye,
Now wherefore stopp'st thou me? "

There's a bit of wisdom from the ancient Jewish book the Talmud that says the person who has "saved a single life is considered to have saved the world."

Not to be conceited about it, but that holds true in our business, too. If you can help one person along her way, it's something like helping many.

I think when you get right down to it, that's what we're meant to do as humans. Help people.

And as you advance in this business, if the people you work with are aware enough (and secure enough) to admit that you know things very few others do, it's a good thing to do. It allows you to have a value that goes beyond your ability to write a spot or a 728x90 banner.

In wiser times, they called it "perspective." And it was something that was rare and precious. As the eminent computer scientist Alan Kay once remarked, "a change in perspective is worth 80 IQ points."

In any event, last Thursday I found myself standing in a large conference room talking to a bunch of high-school kids half the age of my daughters about what life is like in advertising.

Fortunately, my friend from blogging, the great Dave Dye had done my work for me. Click on the link above and you'll see hundreds (yes, hundreds) of ads by one of the all-time greats of British advertising, Richard Foster.

Of course, I enjoyed Foster's ads, some of which I had never seen before. But what I especially liked--in the context of speaking to young advertising aspirants, was a small group of offer letters that Foster had saved and Dye had republished. I've pasted bits of those offer letters below, along with a personal note from Richard's boss suggesting that Richard will soon be "recognised [sic] as one of the best writers in London."

They chart a 30X rise in salary (more when you consider bonuses, cars, ownership and other benefits) in just over 11 years, from March, 1969 to January, 1980. 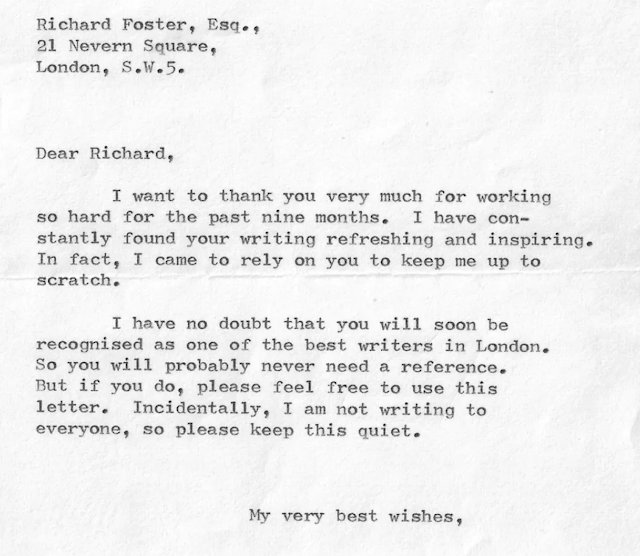 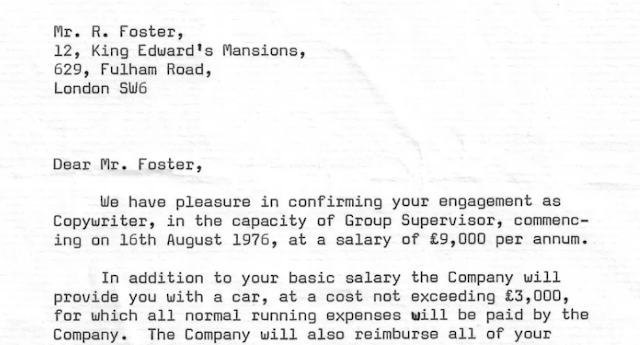 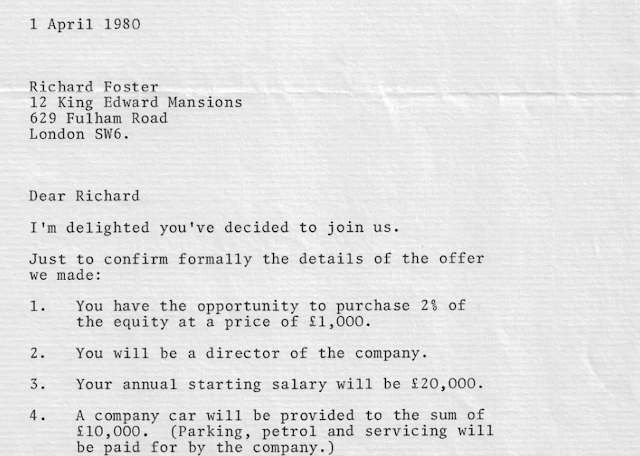 I was never the writer Foster was. I never scaled the heights of the industry and my salary slope, while precipitous, would not be nearly as steep as his.

I guess there are two things you can take away from all this, if you're just starting out, or even thinking about starting out.

One, if you bust your ass and work hard, and do good work for the right clients and the right agency, and then bust your ass some more, you can have a career in advertising where your salary increases maybe the way salaries are supposed to increase.

Two, if I worked for a holding company, I'd look at Foster's offer letters and I'd ask my mogul friends a couple of questions. What's happened in our industry that we can no longer reward people commensurate with their value?


Posted by george tannenbaum at 5:14 AM 0 comments

What makes a good boss?