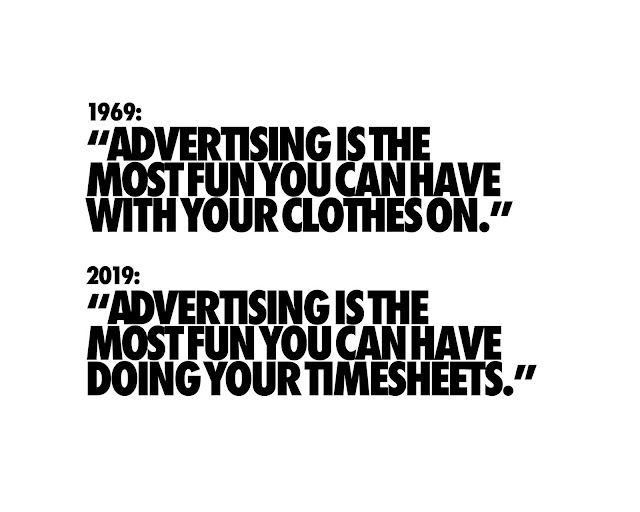 Posted by george tannenbaum at 8:05 AM 0 comments

Thoughts from a Yogi.

Anyone who knows me, or even if you just read this humble blog, you probably know, I watch virtually no TV whatsoever.

Truth is, I'm too busy. I work too hard. I exercise too much. I write for myself, and as a studious but failed academic, I read serious books for more than an hour a day. That leaves no time whatsoever for watching this TV show or that. The same goes for podcasts.

This despite everyone and his cousin telling me about this mini-series or that, or this fabulous podcast or that. Some of this is my natural obstinance. I probably wouldn't put out a fire if someone told me I should. But some of this is my belief (and my experience.) Everything I've watched of late has been so filthy, so amoral and so violent--not to mentioned dumbed down--that I feel more comfortable making my way through National Book Award winners or the great landmark series of Greek and Roman histories.

These are among the most important books ever written. And as the world of today more and more aggressively forgets everything that went before, they're becoming more and more important. These books are each around 800 pages long and printed in eight point type. It's all I can do to lift them. Actually reading them is secondary.

Putting all that aside, it seems fair to say that more and more people are watching more and more TV and listening to more and more podcasts, and much of this media is of a quality that is higher than it's ever been, even if you go back to TV's first "Golden Age" and Playhouse 90.

In advertising--no matter what channel I'm working in--I operate under a simple assumption. It's something I gleaned from Phil Dusenberry late of BBDO, though I only met him once.

The work you produce--even if you're producing something as dumb as a blog--should be better than the work that surrounds it.

That's a fairly obvious conclusion. If I owned a shoe-repair store, I'd like to offer better services than the guy down the block. If I owned a bookstore, I'd have to figure out a way to out Amazon Amazon.

Yet in advertising, while it seems everyone goes home and binge-watches 392 straight hours and 916 episodes of something starring Helen Mirren, or on the way to work they listen to something so riveting it's all they can do to talk about work while they're at work, we seem to be taking the opposite tack.

About four times a minute I hear something about how no one has an attention-span anymore, or no one can read, or everyone is so busy leaning forward they hardly have time to shit.

So, as an industry, rather than making our "shoe repair shop" better than its surroundings, we decide instead to open up more shoe shops. On the theory that it's ubiquity--everywhereness, that matters, not quality.

Our modus operandi seems to be, do more, put it in more places, put more in it, run it more often and that'll compensate for it's lack of quality.

I can't quite work through the logic of that approach. It's like eating breakfast at a hotel you're staying at and complaining that the muffins are stale. And the hotel's response is to give you a dozen more stale muffins, a bedspread made of stale muffins, a swimming pool filled with stale muffins, and a stale-muffin-scented email telling you how much they hoped you liked the stale muffins.

This seems the prevailing way of doing business because we seem to have decided that while quality matters when we watch TV or listen to podcasts or go to the movies, it doesn't matter when it comes to selling a product.

It seems the prevailing way of doing business because, let's face it, quality is hard. And quantity is easy.

Maybe it's this simple.

We've grown so accustomed to fast and plenty replacing quality that we've allowed it to spill over into our business. Into our very way of lives. Most of us long for something fast and magical to take us away from today's cascading horrid realities. If relief does come, ever, it will come with a whimper, not a bang. 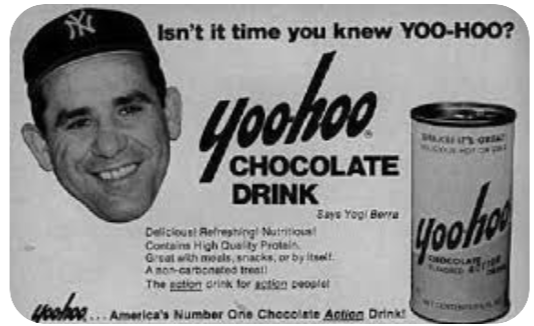 It all reminds me of something Yogi Berra was supposed to have said so many innings ago: "We're lost. But we're making good time."
Posted by george tannenbaum at 7:05 AM 0 comments

Death by a billion lies.