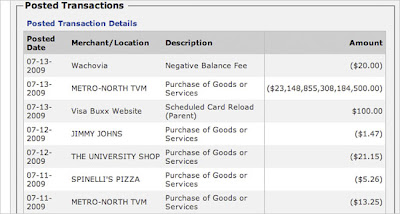 When I worked on technology accounts caged within the four walls of giant agency conglomerates, I realized you could divide the world neatly in two: those who believe software can solve all our problems and those who believe that software can be helpful, vital even, but is a tool like any other and needs human intervention to make it work.

The software-ites believed you could do things like "optimize personnel utilization" via software. That software could lead your agency to greater profitability while eliminating downtime. Further software was somehow more efficient--smarter--than walking down the hall and asking someone what they're doing.

I love technology, but I was never a software-ite. We are not sufficiently advanced as a species so as to make common sense and a human touch obsolete. When software works, as it does when you have a problem with your Kindle, or when you order and track something on Amazon, it is a magical thing.

Of course, there's an advertising lesson here as well. SEO and SEM are important. I suppose best-practices have their place, too. But absolutes (except for this one) whether they're found in software, interpersonal relationships or advertising, make no sense. There are no "if-then" propositions in life, no real causality in marketing. If it were "software-able" no companies would fail and we would not be experiencing the present global economic meltdown.

I come upon this morning's philippic naturally. The NY Times reported this morning that a Johns Hopkins sophomore recently noticed a $23,148,855,308,184,500 charge on her Visa bill along with a $20 "Negative Balance Fee" from Wachovia. (See photo above.)

The sophomore's dad got the charge cleared after "waiting on hold for half an hour." And Visa finally conceded that there had been a "temporary programming error" during a systems upgrade.

My two cents say that without common sense software is not much better than deodorant. After all, it stops working when things get really hot.
Posted by george tannenbaum at 8:49 AM

I'll take half that.

What if she hadn't checked her statement right away?