This could be the reason. 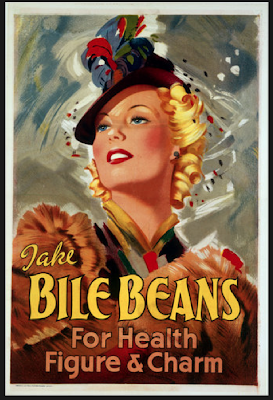 Amid my peregrinations, I came upon a quotation by Professor Trevor J. Saunders in his introduction to Aristotle's "Politics." "The society that loses its grip on the past is in danger, for it produces men who know nothing but the present, and who are not aware that life has been, and could be, different from what it is. Such men bear tyranny easily; for they have nothing with which to compare it."

Hmmmm...a society that loses its grip on the past. Adweek has a banal article by Tim Nudd on the "Ten Funniest Commercials of All-Time." Not one was made before 1999. No Alka-Seltzer "Spicy Meatball." No Volkswagen "Funeral." No Federal Express "Fast Talking Man."

Such notions were rife during the ascent of advertising during the consumerist 1920s. Now they are forgotten. More hours are spent creating apps no one will use and functionality on sites no one will see than on communications that can reach and influence hundreds of millions of people.

We have lost our grip on the past. We've sold our industry and our souls to bankers who recognizing that agencies bring in revenue while having no need for a physical plant and can therefore be milked dry.

This could be the reason I am in a funk.
Posted by george tannenbaum at 2:07 PM

That sounds like whining and rationalizing to me. Reinvent your POV. Future forward.

This is interesting George.
It's almost the exact opposite side of the coin to the previous post.
As John Cleese said "Consistency is the hallmark of the mediocre mind."

I beg your pardon, just looked it up, the correct quote is "Consistency is the consolation of the second-class mind."

What's the answer? What are we going to do? Where are we going?! I'm hanging on your every word here, George. You've got this ad thing more figured out than 100% of the people I pass in the halls and I just need to know what happens next.

@dave trott. Your (re)collection of wisdom is a gold mine. Both the ones you figured out yourself and the ones of others you seem to be an expert in finding and applying with as much wit as the originals . In regards to your reply to George's blog post, I think you're spot on. A mind on cruise control is not interesting. Hey, where we live, in the US, they give kids chill pills if they think too much or stray from the average in thinking and behaviour. George however, seeks out the opposite of the easy route. That's why I love him, and I regret we don't work together on a daily basis right now. And for those of you who wonder where his recent Cannes show awards are, well, they are in the bin of someone who didn't know better. Or maybe, he refuses to conform to the best practices of Cannes as it is right now?.