A new year. A new week. An old way forward. 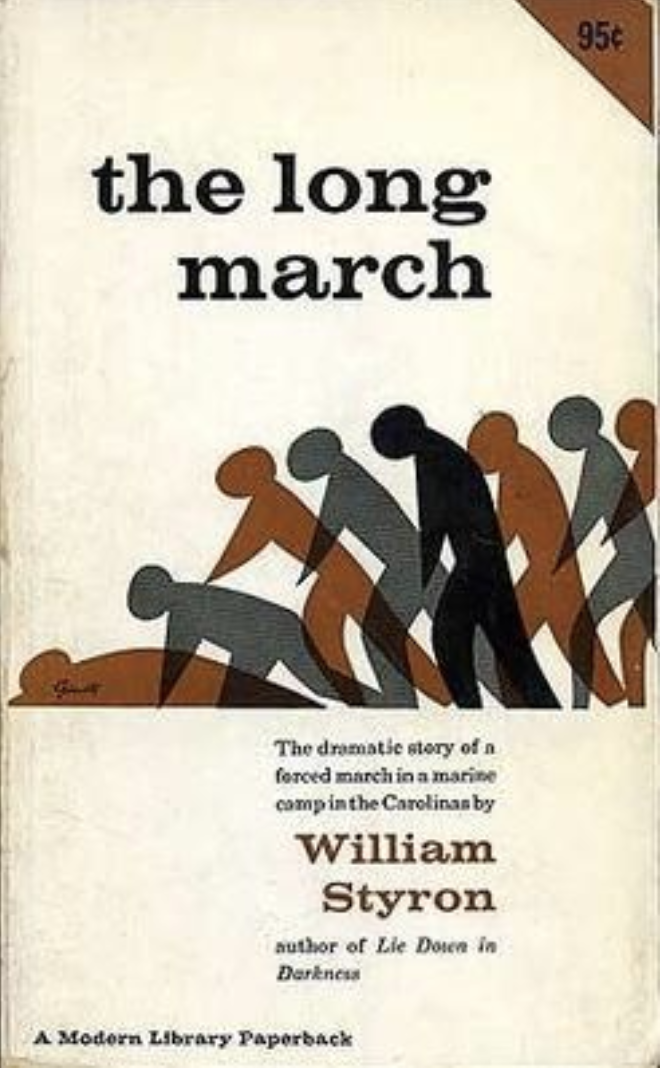 As I have had for much of my life, I have been having a hard time sleeping of late. Some of this is based on brain chemistry, I'm sure. Or a weak, old-man's bladder. More, these days, is that it feels, with the death of liberal Supreme Court Justice Ruth Bader Ginsburg, that this country (what's left of it) will move from having seven toes dipping in fascism to having nine.

The idea that Trump and McConnell are pushing this, after McConnnel's anti-democratic stand against Merrick Garland sickens--literally sickens me.

Then, of course, there are the vagaries of starting my own business. Knock noggin, it's going well. I'm earning more than 2X, maybe 3X, my Ogilvy rate (they hadn't seen fit to give this old guy a raise for over five years, despite everything.) And I probably get five calls a week (I haven't gotten to the point where I am, yet, reaching out to people) but when a freelance job falls through, as one did last week, I have my old Mexican Baseball League worries.

What if I've lost my ability to hit the ball? What if I've just been lucky all these years? What if, in the words of Terry Malloy as writ by Budd Schulberg, "I've got a one-way ticket to Palookaville?"

Not too long ago, though pre-Covid, I went to a talk at The New York Times Center on 41st Street and 8th Avenue in the city formerly known as New York. 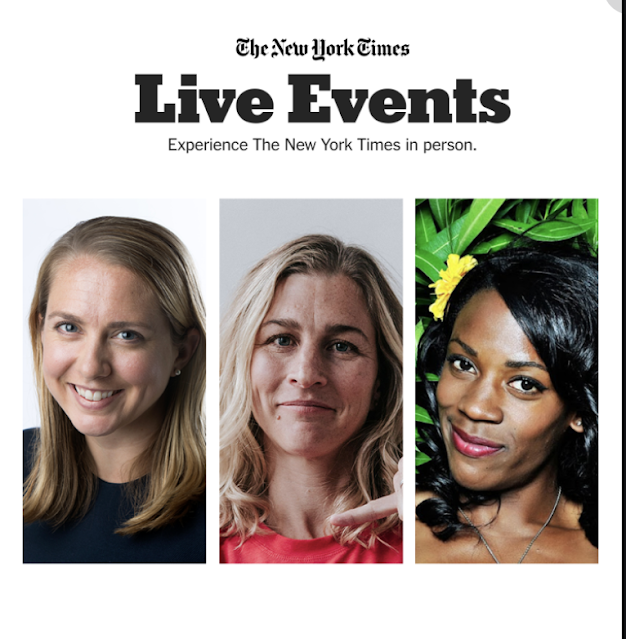 The Times event was centered around the Iowa caucuses--this was back in February, 2020. The conversation between Crouse and Pappas was titled "The Long Haul." At that point it was probably more than 250 days to the November election.

The discussion, of course, was as much about lasting through the thousands of miles of training you have to do to run marathons, to the vigor you need as a reporter to cover a presidential campaign to the strength you need as a candidate to set your sights on a long-term goal.

Pappas told about something she learned while running track at University of Oregon, in preparation for elite level athletics.

Pappas said, "One-third of your time, you feel good and strong. Nothing hurts and you feel unbeatable. Savor those moments. Etch them in your memory.

"One-third of your time, you feel ok. You're not in too much pain and you know you'll last the day.

"But one-third of your time you feel like shit. You can't even get out of bed. Everything hurts and you're not entirely sure how you can make it through another hundred-yards, much less another mile or ten or twenty.

The tough thing about life, about being almost 63, about being an insomniac, about starting your own business, about trying to stay married and trying to deal with your kids and the vagaries of life, including writing a blog every day for almost 14 years is this: life doesn't really give you a break.

If you're working for yourself, or for an agency, or--this is the toughest--directly for a client. If you're working to pay your bills or for your kids' college, or a mortgage, or a parent's operation or your dog's, or maybe just some Adirondack chairs so you can sit outside in the golden autumn sunlight and look at the nearby Long Island Sound, you don't have a choice.

You have to show up every day.

There's no phoning it in.

No saying "I'm not feeling it today."

No, "I couldn't sleep last night."

You get to work. You do your job. You take it seriously.

The American essayist Thomas Paine, wrote an essay called "The Crisis," two days before Christmas in 1776. It helped galvanize the cause of the American Revolution.

I'm not doing anything noble in the world but trying to give my children and my wife and the people I love a better world. I won't have done anything notable with my years except make the world slightly better for that. Even so I keep these words in front of me, pretty much at all times. 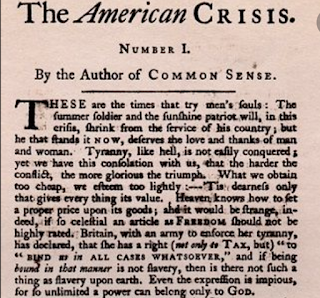 The Crisis by Thomas Paine.

THESE are the times that try men's souls. The summer soldier and the sunshine patriot will, in this crisis, shrink from the service of their country; but he that stands by it now, deserves the love and thanks of man and woman.

Tyranny, like hell, is not easily conquered; yet we have this consolation with us, that the harder the conflict, the more glorious the triumph. What we obtain too cheap, we esteem too lightly: it is dearness only that gives every thing its value.

Heaven knows how to put a proper price upon its goods; and it would be strange indeed if so celestial an article as FREEDOM should not be highly rated....

...By perseverance and fortitude we have the prospect of a glorious issue; by cowardice and submission, the sad choice of a variety of evils...