Stolperstein and Listerine. But first a joke.

I usually try to write something funny for my Friday post. But I felt that today I had something serious to say. That follows. However, as a bit of recompense, a short joke.

A man has had a terrible day at work. He's dog tired. He's been beat up all day. To make matters worse, he's late with his timesheets.

He sits down at the counter in a diner, and says to the waitress, "I'd like just three things: a cup of coffee, a slice of apple pie and a few kind words."

The waitress is back in just a moment. She places the coffee and pie in front of the man. He pauses for a moment and looks at the waitress with sadness in his eyes.

"What about my kind words," he pleads.

Starting Tuesday or Wednesday of this week, it seemed to me that half the world had sent me a link to articles about the Nazi-led Holocaust. According to a survey of 1000 millennials (I didn't know there were that many) two-thirds didn't know what the Holocaust was.

(I would imagine "lesser" Holocausts don't even make anyone's radar: the Tutsis and the Hutsis. And no one but no one knows of the British slaughter of thousands of Dervishes in Somaliland back in the early 20th Century.)

As a Jew born just 12 years after the Nazi death camps were liberated by Russian and Anglo forces, the Holocaust has always played a large part in my life. It is a reminder, a dark, burning one that Jews are an "other." And as an "other" are never more than one aggressive sociopath away from attempted annihilation.

Steven Spielberg some years ago began filming victims of the Holocaust. He began collecting their stories, their moving, heart-wrenching tales of horror. There are hundreds of books by survivors, thousands.

My point today, however, is not about the Holocaust. It's about advertising. And human memory.

Many people would agree that the Holocaust was the biggest cataclysm in a century filled with cataclysms. From Judgment at Nuremberg, to Schindler's List, to the god-awful Inglorious crap that Tarantino puts out--the Holocaust has scarcely been out of our "culture," for a minute.

Yet now two-thirds of millennials don't know about it.

Somehow however, marketers, most of whom have MBAs from high-falutin' universities have somehow convinced themselves that "awareness" advertising--essentially TV advertising--is no longer necessary. Or, that the same effect, awareness, can be achieved through something like a Twitter feed or an Instagram effort.

Not long ago I finished Michael Gorra's latest book, "The Saddest Words: Faulkner's Civil War." You should read it and you can buy it here.

Faulkner is really about memory.

How it affects us--soothes us, fucks us, and has an impact on just about everything.

But in America, we have built a fantastic always-on always-noisy always-brain-deadening oblivion machine.

As a culture, we don't remember the Holocaust. Slavery. Jim Crow. Black people not allowed to vote, to go to schools, to swim in pools their tax dollars paid for.

These are big things.

Half the brands I've worked on during the last ten years of my career are facing a Kodak/Holiday Inn/Dupont problem: No one knows what they do, or what they sell.

The MBAs of the world who shrunk media budgets and reapportioned funds to do "targeted" ads cheaply have destroyed, yes, that's the word, probably trillions of dollars of brand-market value.

In Isabel Wilkerson's important new book, "Caste," she talks about memory as well. Buy it here.

She talks about how America has forgotten and ignored and deceived entire generations about our hate-filled and violent history. 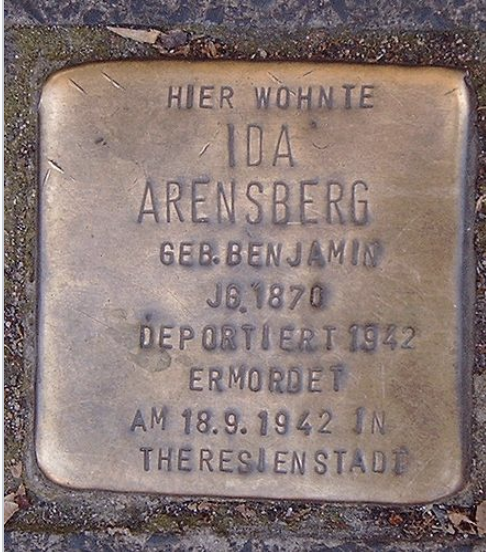 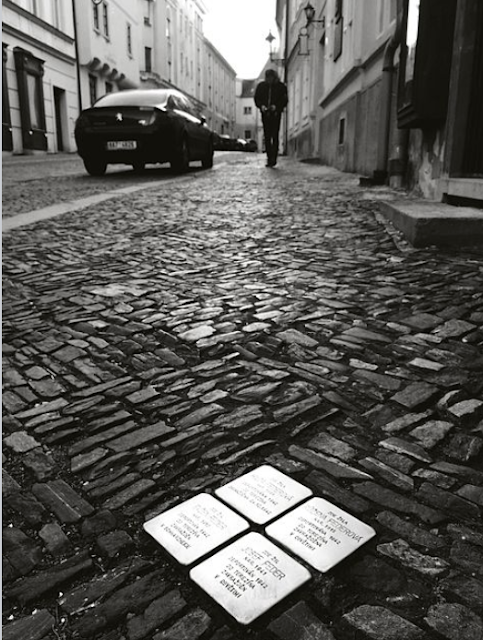 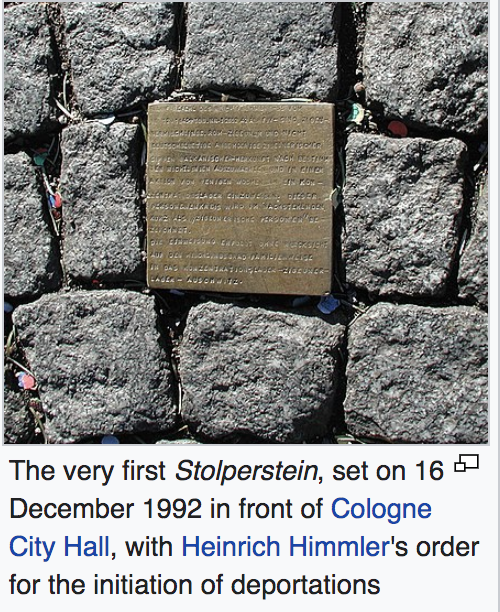 Not only are their memorial tributes throughout German to the victims of Nazi hatred, there are more than 75,000 Stolpersteins dotted throughout the country.

They're little brass cobblestones with the name, date of birth and date of death of Holocaust victims.

Stolperstein means stumbling stone. In Berlin at least, you stumble upon them everywhere. Ok

Part of being important to people is to be remembered by people. It's that simple. You can't be anonymous and an important brand.

Too many agencies and their clients have believed in Dali's title, "The Persistence of Memory."

There is no persistence without reminder.

That's just one of the reasons advertisers and agencies should be Keynseian about advertising. Keynes believed in monetary stimulus. He held that spending money begets money being spent.

Agencies should be promoting memory-stimulus.

"Hey, remember me! Remember what makes me great! Remember that you like me!"

Ok, that's not a conversation with a brand. It's push marketing. It's everything that's wrong and wretrograde.

In fact, worse than all that, like Keynesian monetary stimulus which argues that one dollar of stimulus is three or more of spending, it might even drive sales. Because keeping a brand top-of-mind is the only way to keep a brand top-of-wallet.

You probably won't win anything at Cannes.

Posted by george tannenbaum at 4:49 AM