A young man and the sea.

"I will tell you a story," Hector said. "A sad and happy story."

It was about 100-degrees in the dugout and we were waiting out a rainstorm. We were in Merida, Yucatan, Quintana Roo and were two innings into a game against el Leones de Yucatan. We were up three-nothing or down by the same when the blue-grey clouds broke and rain with drops the size of peso coins began assaulting the earth. 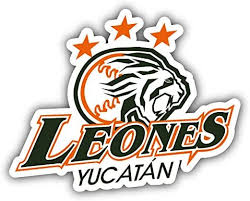 The stadium was small and open, maybe there were three-thousands fans that day. Some had brought umbrellas and were determined to wait it out. Some ran for cover. Others had had enough after two innings and left for home or for a nearby bar.

Merida was a nice, old ancient city. There were plenty of bars. And tired crooked streets that three waves of Spanish conquistadors could not straighten to conformity. The richness of the city--it was once home to more millionaires, it is said, than any other city on earth, was due to the henequen plant which grows in the hills and can be turned into fiber, rope and mescal.

The city grew rich. But that was eighty years ago, and by the summer of 1975 when I was there, the richness of the city had been covered with dust, decay and despair.

"Around the time I was born."

Hector continued. "We had four games against el Leones. Most unusual we had two games, a full-day off, then two more games."

"A day off during the season?"

"Yes. One of the scrubs, a utility man named Federico was from a small seaside village, Progreso, about twelve miles or fifteen from Merida. Federico obtained permission to visit his brothers and his sisters and his father. His mother was dead already."

Most of the other boys had left the dugout for the locker-room. The rain pelted the corrugated metal of the roof. Hector and I sat side-by-side watching rivulets and puddles form in the red dirt in front of the dugout. The heavy flow of water would, every so often, carry two sunflower seed shells down a little stream.

"The far one is the faster," Hector would say.

I would root for the closer. Just to make the game interesting.

"Federico wanted to fish when he got home. But not his father nor his brothers nor his sisters nor his friends wanted to fish with him. So he loaded a small boat with a small engine with a cooler of beers, some sandwiches, his fishing gear and an old rifle in case he was to hook a too-big shark."

"To shoot the shark," I asked.

"As he must, if the shark was larger than his boat."

The rain continued. The umpires showed no signs, however, of calling off the game.

"In about one hour, Federico told me this himself, the current shifted away from shore and the old one and a half horsepower engine of the boat stopped working."

"And there was no Gordo Batista to fix it." Batista was our third-string catcher and first-string bus driver. He spent more time under the hood of our team bus than crouching behind the plate.

"Federico had one oar, but the current and wind pulling his boat into the sea was too powerful. Before he knew it, Federico was twenty miles or thirty miles out to sea."

Another small armada of sunflower seed shells flowed by in the littered brown water.

"It was dark. And Federico was out of food and drink. And there was no way he could get back to Progreso. He tried for a second day but the oar was useless against the current and the waves. By day three, Federico with his rifle shot a seagull for food, but he could not paddle to get it."

Two Seraperos came over to Hector, their spikes clinking against the concrete floor of the dugout.

Hector looked up at the rain.

"It is an unknown sky. We could drown here or in ten minutes it could be sunny." 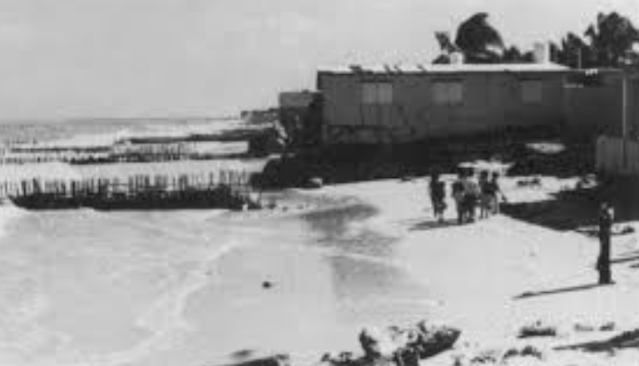 "After four days, Federico told me this, he saw his mother. He woke up and he was back near the pier in Progreso and his mother was there. Federico almost climbed out of his small boat to meet her. But it was just a fever dream."

"Yes, almost. But he came to his senses soon enough. He was starving now. And had no way home. Federico passed out and left fate to the little boat and the waves."

Hector walked out onto the field. The rain seemed to be slowing. He tried to catch the eye of the umpires--to hasten a decision, should we play or not. But he had no luck.

"He fell deep to sleep. We don't know how long. But then Federico's boat landed in Cuba."

"Yes, to Americans it seems far. But it is only seventy miles. Cortes many times made the trip. Cuba was his base to conquer our land."

The rain had slowed to a drizzle. I could see small patches of blue in the sky beyond the outfield fences.

"The Batistas took Federico and they asked for ID. They were afraid he was a spy from Fidel. A Barbudos down from the mountains looking to cause trouble.

"'I have no identification. I am a baseball player from Mexico and was fishing when a storm came. Who takes identification with them when they are looking for fish?'

"The Batistas did not believe him, of course. Worse, by this time, his family had given Federico up for dead. They had for him a funeral and cast flowers into the sea."

The umpires were standing by the pitcher's mound. One had his hand out feeling for the rain. One looked at the sky, and looked for a sign. The grounds' crew came out and began raking the infield dirt. The game would soon begin.

"Federico finally after two months--one month after his funeral-- returned to Progreso. I'm not sure how,  if the Mexican government got involved and he returned to his family."

"They were happy to see him."

"He was a ghost who returned."

"Did he play for los Diablos again?"

The umpires called the managers out, then called 'play ball.' Hector returned just a minute later.

"We will play ball today," Hector said. The dugout was filling up. Issy Buentello our catcher began strapping on his gear. I tightened my spikes, grabbed my glove and waited on the top step of the dugout.

"Did he play for los Diablos again?"

"Federico was not much of a ballplayer, Jorge."

I took that as Hector's answer and began to trot to my position at third.

"But he was even worse as a fisherman."