My wife, in her infinite wifedom, decided to order a cord of firewood.

We are city people hijacked by the Trumprona-virus to the littoral of the Connecticut coast. Our new, old rickety second home by the sea has a fireplace. My wife found a burly woman in shorts and steel-toe work-boots who would deliver, for some hundreds of dollars, a cord of "seasoned" logs.

When her log-laden pick-up pulled into our tiny driveway, the Log Lady poked me in the chest with a finger the hardness of a mighty oak.

"Could you stack them in the back," I beseeched.

"I don't stack. I justdaliver. Ya cawl FrankenPhil, they stack."

And so, she went back into the cab of her diesel and dumped the cord of firewood. It took up about 5/8th of our driveway. It would assuredly be impossible to back my 1966 Simca 1500 out from its perch in our cramped and tilted garage. For the uninitiated (I was one of them until late last week) the word "cord" comes from the Old English "kourt," meaning court-room. A cord of wood is the amount of wood it would take to heat a 13th Century English courtroom for an entire year. I'm told that today, a cord is roughly 350-400 eighteen-inch logs, give or take a log or two.

The Log Lady pulled away and my wife called Frank and Phil. They turned out to be phantoms. They did not answer their phone. In fact, my resourceful ever-loving could find no trace whatsoever of their carbon-footprint.

Then the countrified education of the city-folk began.

"Jew don't want them in yer-house," another clarified. "You'll bring in termites."

I immediately headed to Amazon and spent $150 on various log-holders made in China. My deep knowledge of termites comes mostly from Old Popeye cartoons like this one. The last thing I need, outside of a visit from a Holding Company timesheet enforcer with the smile of a goon from Capone's  1930's Chicago, is a swarm of isoptera/termitodae blattodea displaying a similar, if toothier, grimace.

The log-holders, according the Amazon and UPS, arrived on Wednesday, but a quick check of the shrubbery, the neighbors' shrubbery and nineteen various other locations revealed nothing.

I was unraveling the mystery, and the Thirteenth Labor of Hercules (informing Amazon and UPS that I never received said boxes) when a knock came on our front door that threatened to topple our entire bundle of sticks we call a cottage.

"Igotjer packages b'mistake," the toothless recipient reported. He left the boxes on the low stonewall that girds our .11 acre.

On Saturday morning, I was up at the crack of dawn or the dawn of crack, assembling the Chinese masterpieces.

Somewhere, I think beginning about 30 years ago, our new Covenant with the "globalization" gods that rule our lives handed down a Commandment that states, "Though Shall Not Provideth Assembly Instructions with Words. Though Shalt Useth, Instead of Language (for translators costeth money) Pictograms that Are Universal and Universally Inscrutable." 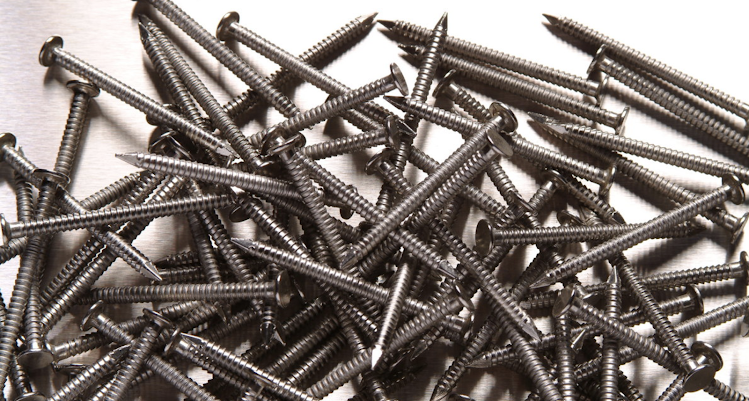 I confess, as someone who's spent a lifetime getting screwed, all screws look alike to me. The pictogram of a certain screw going into a certain hole does not bring me much clarity.

And in about two-hours had assembled one eight-foot log-rack and one four-foot one. Together those two were designed to hold 3/4ths of a cord of wood--which I figured would be space enough because I figured the Log Lady would have ripped us off to the tune of a quarter of a cord. 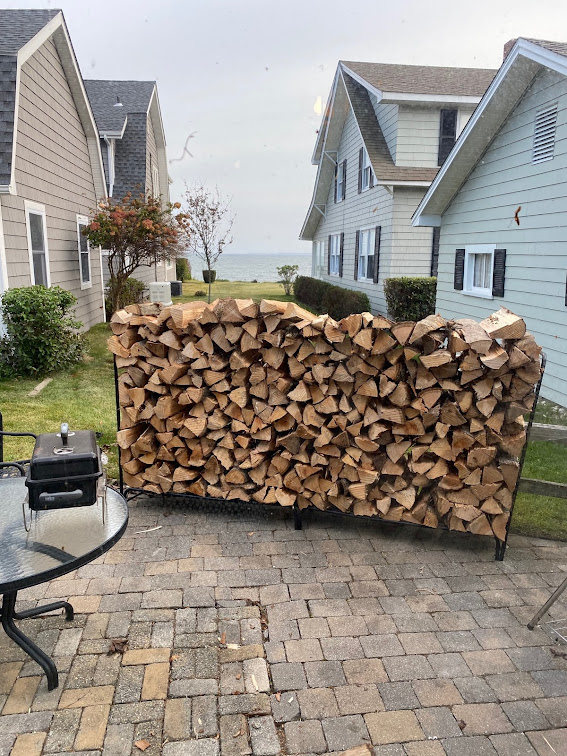 I spent the entirety of yesterday lugging logs, or logging lugs, from the pile in the driveway to the various racks. My arms ached in ways they hadn't ached in years. I was reminded of various Saltillo baseball practices almost five decades ago where I would field 1,000 sharply hit fungos off the richocheting bat of my manager Hector Quesadilla.

Today, I am spending the day walking around like Igor, or Groucho Marx.

And last night I ordered another four-foot rack. Because as it turns out, the Log Lady over-delivered and I still have a pile of logs in my driveway.

One winter night, come over for a roaring blaze in our fireplace.

And ignore the odor.

That's just the stench of my soul burning.

Posted by george tannenbaum at 5:29 AM