Maybe the most brutal thing I've ever written.

From 1945 until his death around 1980, my Uncle Sid ran Philadelphia's largest agency: Weightman Advertising. From 1954 until his death in 2001, my old man rose from copywriter to Chairman of Kenyon & Eckhardt, one of the world's biggest agencies. After that, he founded and helped run the Integrated Marketing Communications program at Northwestern University in Evanston, IL. 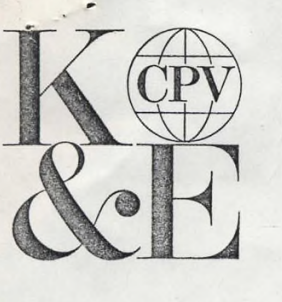 I have been being paid by various agencies since 1984 and counting freelance stints have probably worked for 30 different shops. (I've worked for more places in my career than there are places left today.)

Years ago I heard a quip from the CFO of one of those agencies. "There's nothing bad you can say," he said "about revenue."

Lately as I've been puzzling over the disgusting rise of hatred in what used to be America I've been thinking a bit macro. I realized that my parents' generation--Depression children who grew up with Franklin Roosevelt--regarded government as essentially good.

Nixon realized something in 1968 and tapped into it. If the government were to give those things to minorities, white people would feel that government programs were taking from them, not giving to them.

Nixon realized something. That America was no longer growing, that John Kennedy's "a rising tide lifts all boats" wasn't happening. America had turned into a zero-sum game: if someone else got it cost you.

The same calculus can be applied to the agency business.

However, if you're company is in the zero-sum space, you don't want people bigger than you. And if they are, you'll do your best to box them, squish them, annihilate them, or fire them.

At a typical agency today--say an agency with 1,000 people--there are probably eight good assignments a year. In the present awards-mania-schema, eight Cannes-worthy assignments.

That's about enough work for the new CCO team brought in from the outside. You know the guys. A list of awards as long as your arm. A list of paying-client-success as short as Donald Trump's <er> golf course.

They're going to do them all. Or take them all over. And to rationalize that thievery, they'll castigate the people around them. "He's not that good," they'll claim. "He doesn't have my eye." "He doesn't know the three permissible directors and the 1.7 editors who are worth their salt. Worse, he doesn't know where to find mountain-grown artisanal sushi and cold-brewed free-range fair-trade gluten-free coffee made with water heated to precisely 213-degrees."

When an agency or an industry isn't growing--and when it simultaneously becomes awards obsessed, what happens is a vicious cycle starts.

Fewer opportunities get more focus and money from fewer people.

The agency forgets that there's another path to success. Growth.

That if they picked up business, there would be more work to go around.

Let's assume for a second that the ratio of assignments to 'award's possible' assignments is 20:1. For every twenty assignments, one has true awards potential.

The point in all this, and to my sensibility, the central agency indictment, is that agencies are doing things backward.

They are focused on awards and personal reputation-building (at the expense of others) rather than on the growth of their business, their clients and their people.

The prevailing ethos is dark.

There's not enough food at the buffet and tomorrow there might be even less.

So if you have power, you grab absolutely everything you can.

And let me know if you need a good therapist.
Or if you want to punch me.