It's a simple economic fact that when agency holding companies are run by money people--accountants, insurance brokers and consultants, it's only natural that client-side businesses are also run by people who have little understanding or appreciation for the value of creativity. More often than not these days, agencies are hired and fired and fired and fired by procurement.

Their main function is cost-cutting, not value getting. And agencies seem to be following that dicta in lockstep.

Experienced people are fired because the money-driven agency business complies with Shaw's definition of a cynic: someone who knows the price of everything and the value of nothing.

That's the world today. And why most agency creative departments are populated by people who are under 30. WPP claims that 75% of its 130,000 employees worldwide are under 30.

About two-years ago, I developed a twelve-week curriculum for the young people at Ogilvy and was thoroughly rebuffed. Basically I was told, regardless of how I increased the knowledge and value of Ogilvy's staff, I had to be 100% billable. Given that I was already about 150% billable, I didn't feel I could psychically afford to add another 15 hours to my week.

For about the last six months, partly because I enjoy working with young people, I've been teaching some ad classes. I asked two weeks or so ago if anyone had heard of Doyle Dane Bernbach. Our read "Think Small," or "Lemon."

One person out of 25 raised their hand.

I quickly threw together a 366-page presentation of DDB. DDB being the progenitor of modern advertising. Last week I put together another presentation--just 85 pages this time--on the great art director (maybe the greatest) Helmut Krone.

This week, I compiled 114 pages on one of my advertising idols, Ed McCabe.

Because I have a class to teach--they're usually about three hours--I devote just half-an-hour to these presentations. I try to show young people the world. I try to show them what good is. I try to raise their level of ambition. To play, in the words of David Ogilvy, with the "immortals."

I send these long decks out to the class, for them to study later. For them to keep somewhere in their desk, and I hope, maybe in the dark of night, they'll go through them, be inspired, get a laugh or a spark and do better work.

That's more erudite than what I mean.

What I really hope is that they'll learn to copy, learn to imitate, learn to, yes, steal. Not a line, or a visual, or a particular idea--but an ingenuity, a passion, and an exclamation point to work that might otherwise be prosaic and humdrum.

When I was a kid, I was one of the few white Ray Charles fans in a rock 'n roll world. I would ride my Raleigh from record store to record store looking for every Ray Charles record I could lay my hands on. 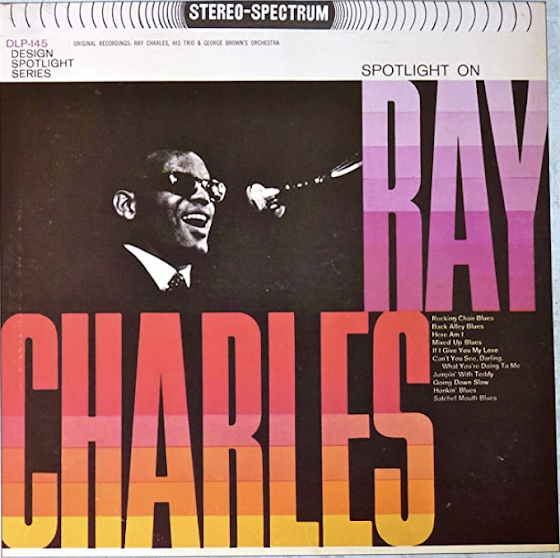 Years later I discovered Ray was imitating Nat "King" Cole. That's how he taught himself. Ray sang like Cole until he could figure out his own voice.

That's what I did when I was starting out in the business. I was working for two hall-of-famers who were more interested in their second homes than in teaching me.

So I took every available dime I had and bought literally every award annual I could put my hands on. I studied them like they were the tablets handed down from on high.

When I found an ad I liked, I found out who wrote it and went searching for more of their work. I wanted to hear their rhythms in my head when I wrote. I wanted to know their best work to see if there was a construct I could adopt and adapt. Something I could, in the pilfery parlance of today, 'learn from.'

Foremost among writers I admired was Ed McCabe. I memorized these ads. I learned from them. A way of thinking. A way of finding stories in small details. A way of brusque, adjectiveless writing.

There will be some reading this who will roll their eyes. And assert that I hark back to the irrelevant 80s. That I am a dinosaur. All that bushwa.

That's ok with me.

But I wouldn't tell McCabe if I were you.

Dave Dye (davedye.com) the great art director, and friend, sent me a hard-drive not long ago, crammed with thousands of McCabe ads. Dave, really, is responsible for this post. And I thank him--and you should too, for his great archival work. 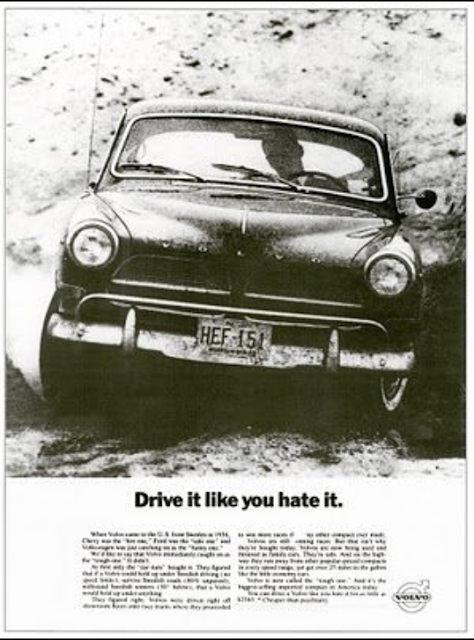 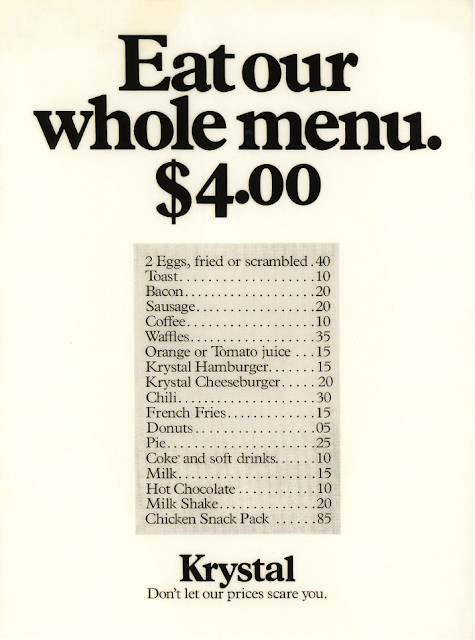 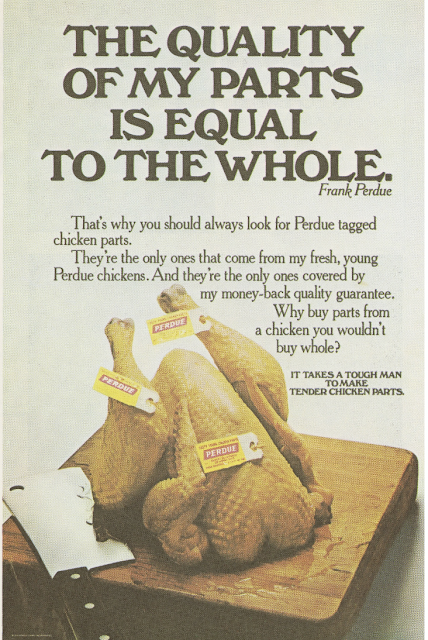 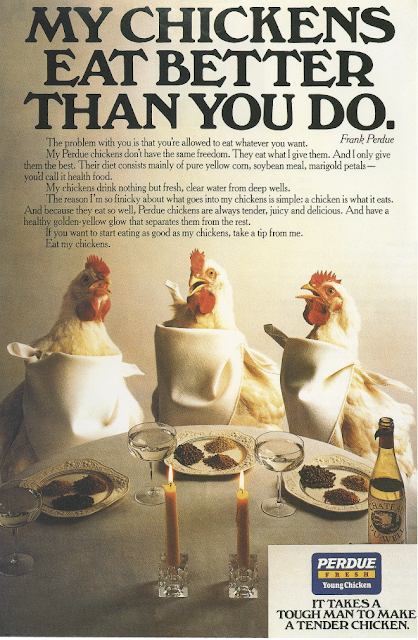 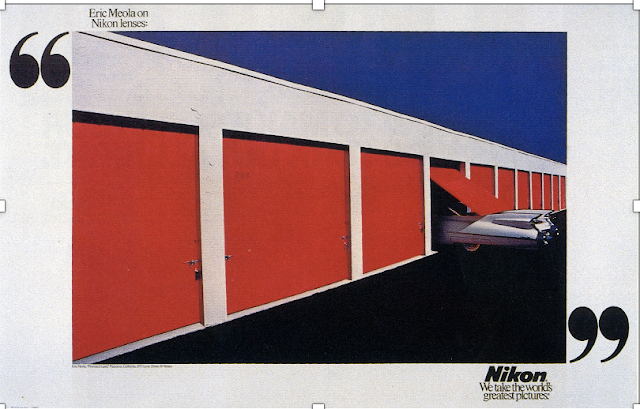 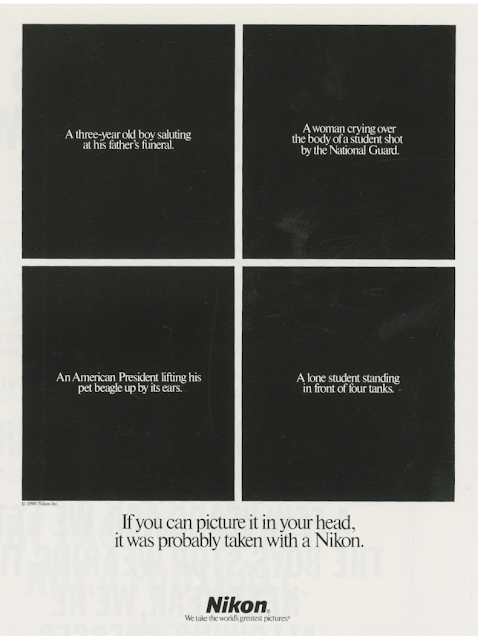 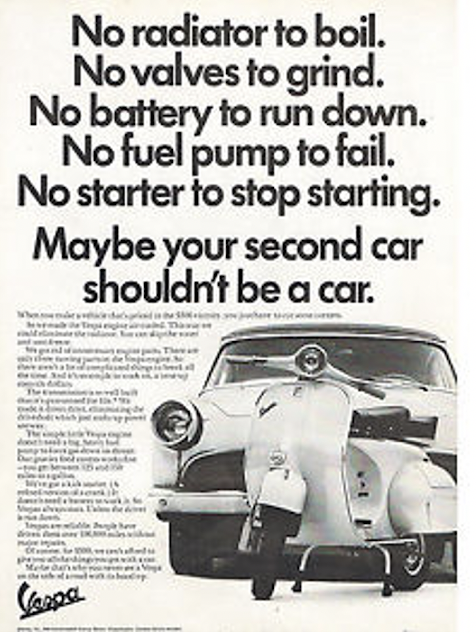 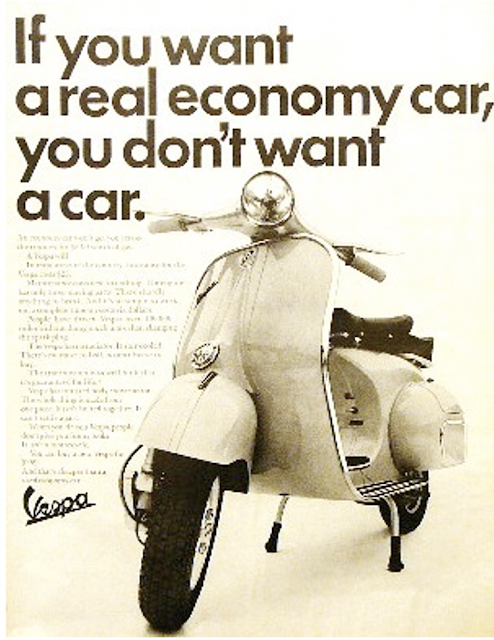 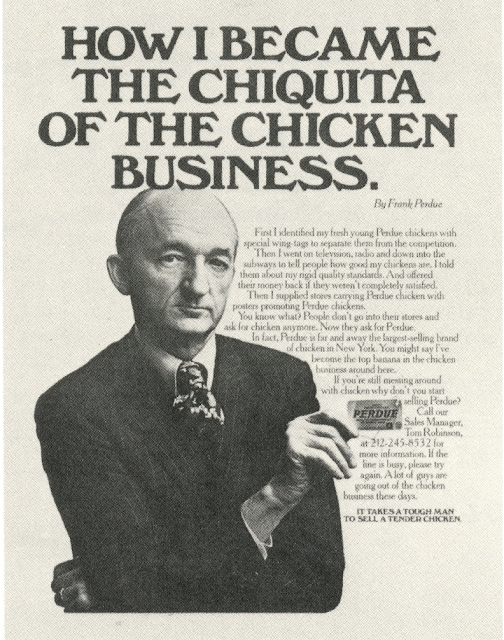 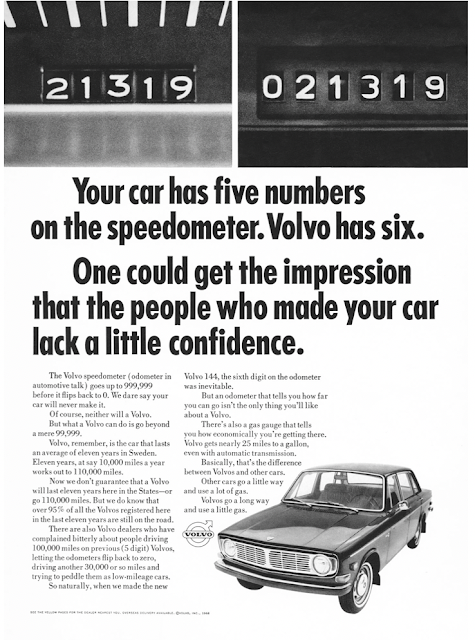 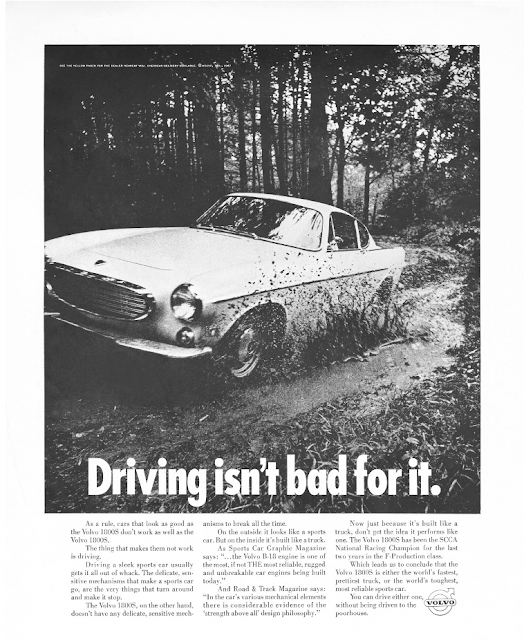 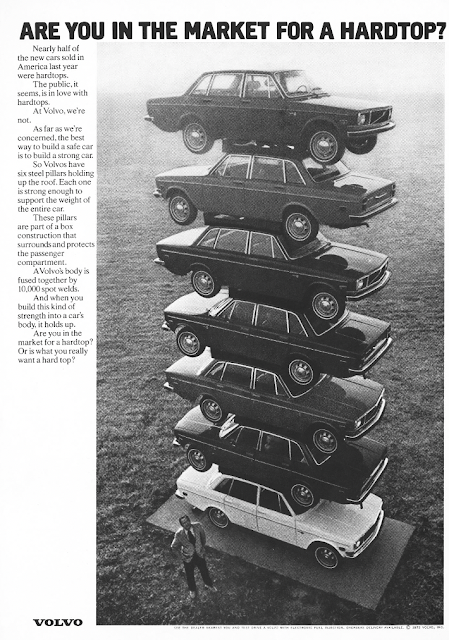 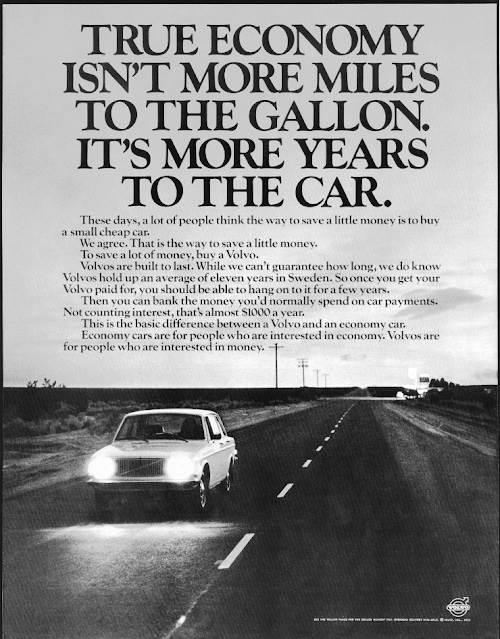 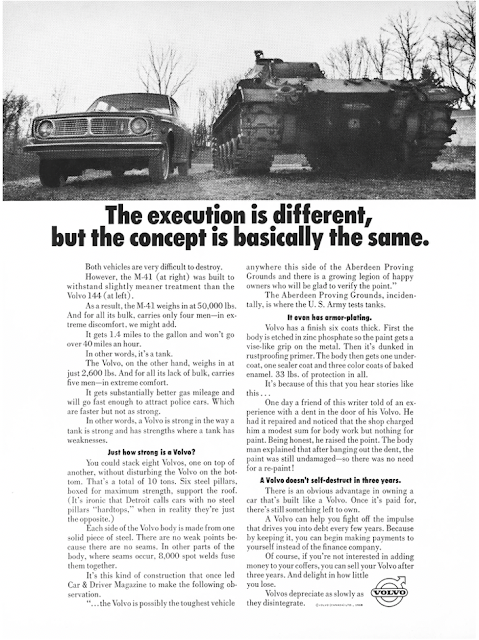 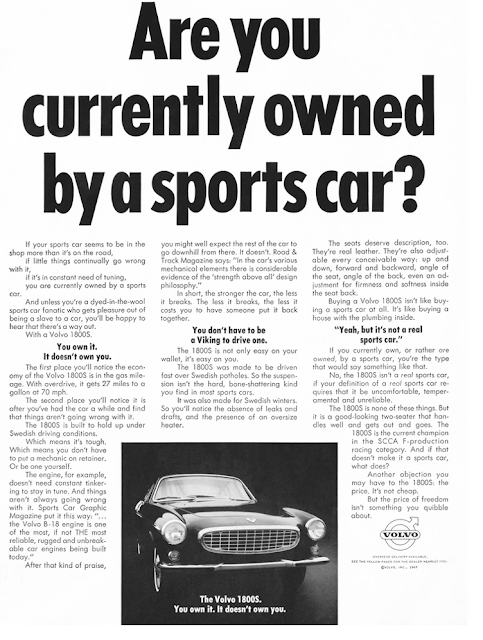 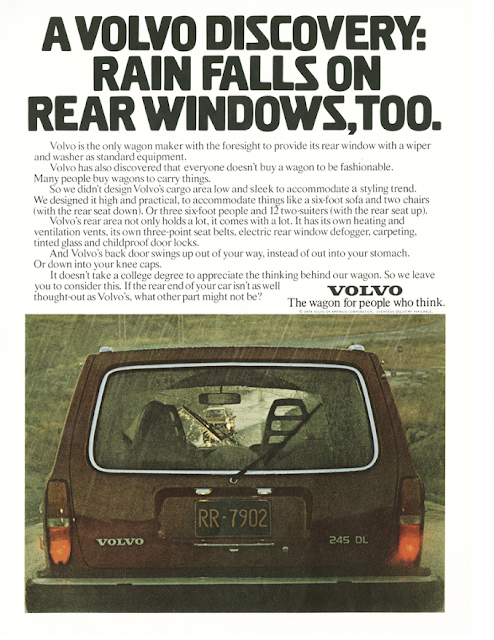 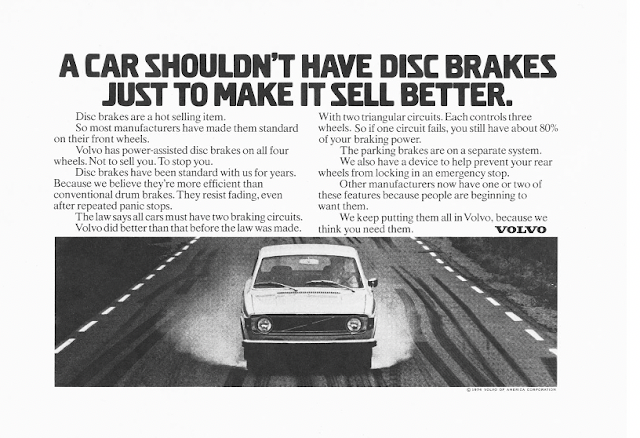 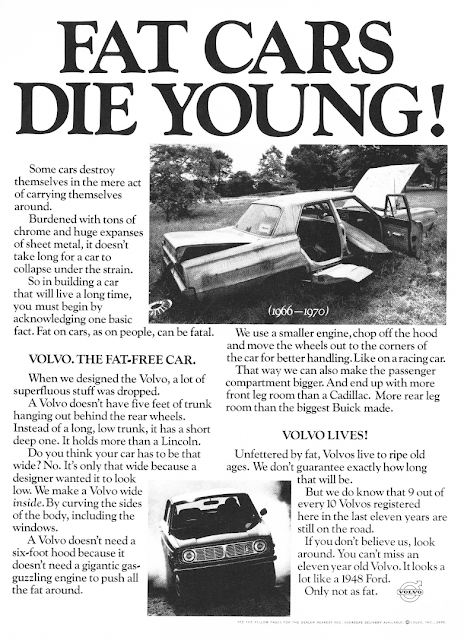 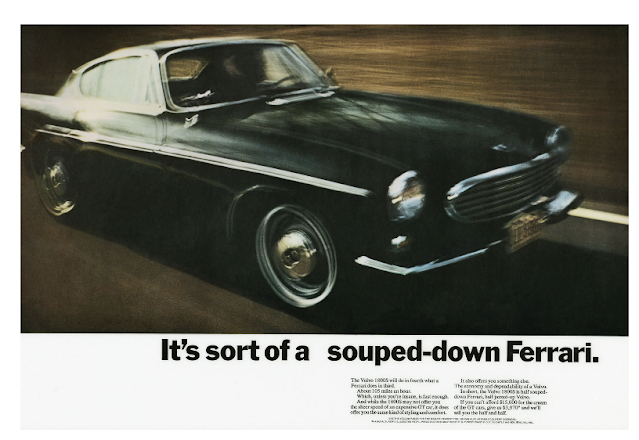 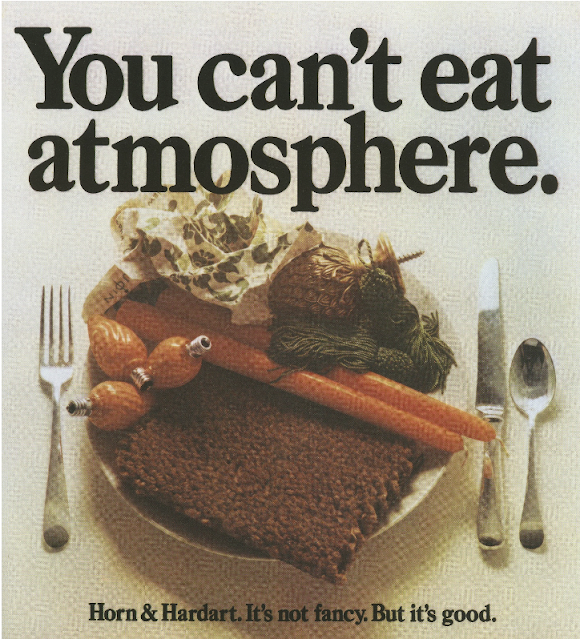 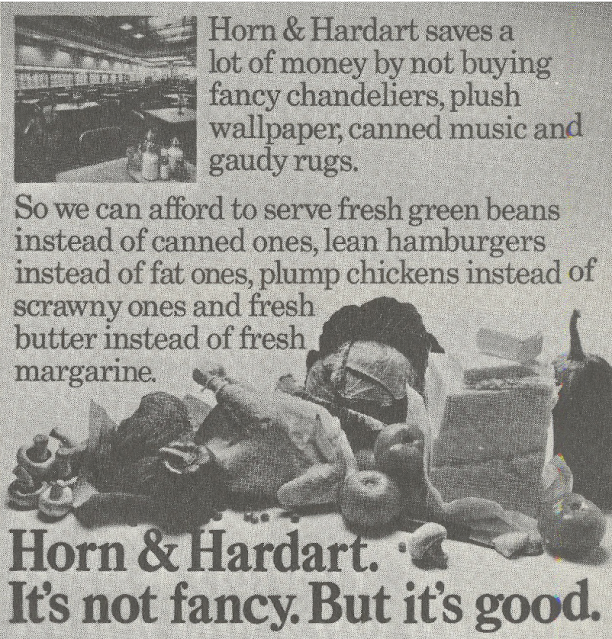 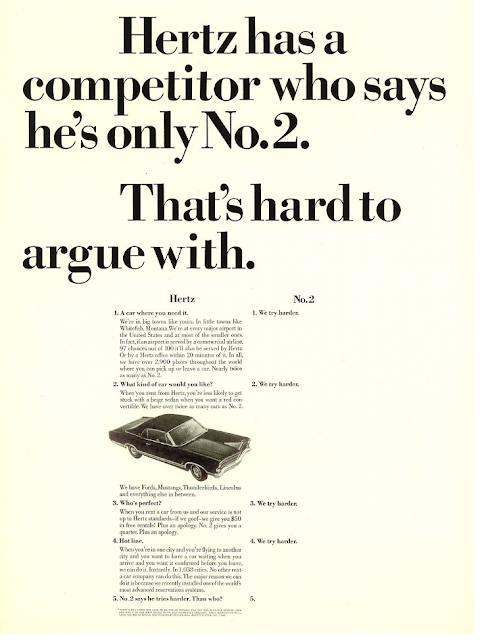 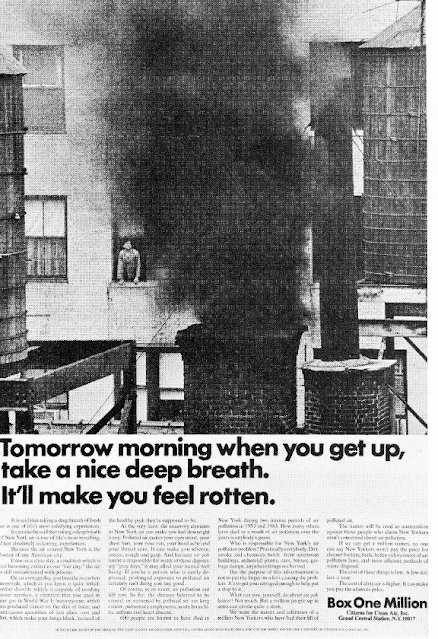 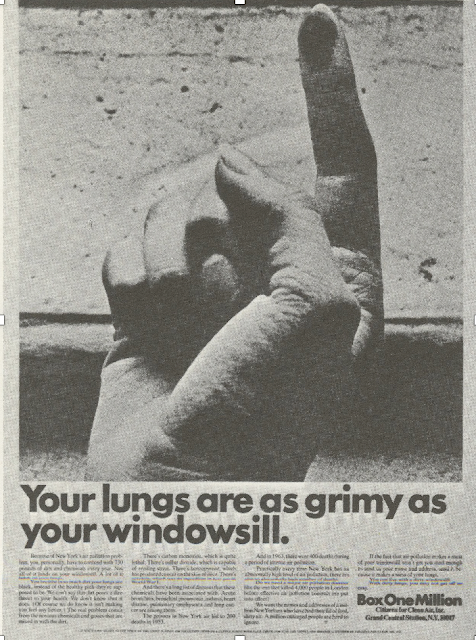 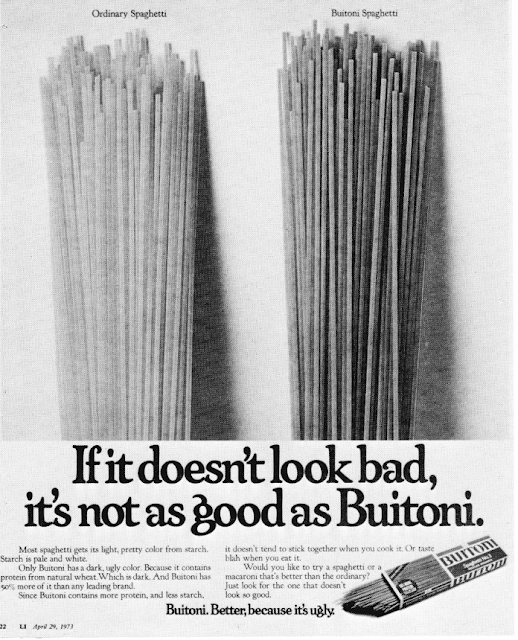 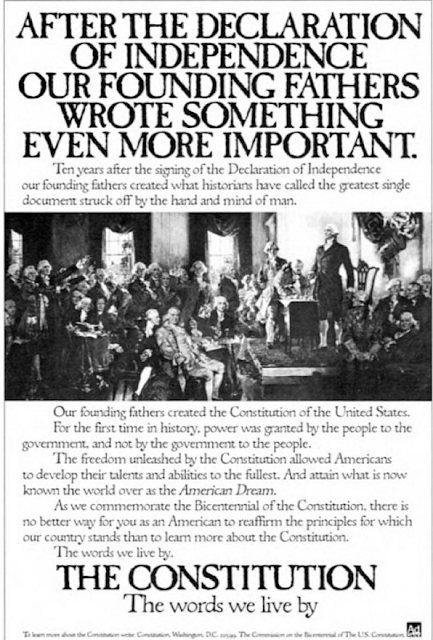 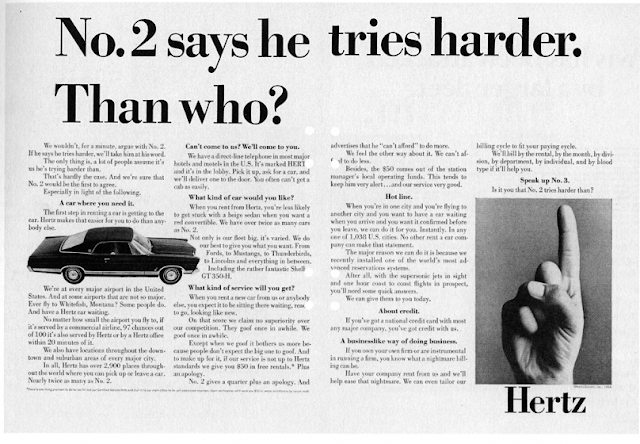 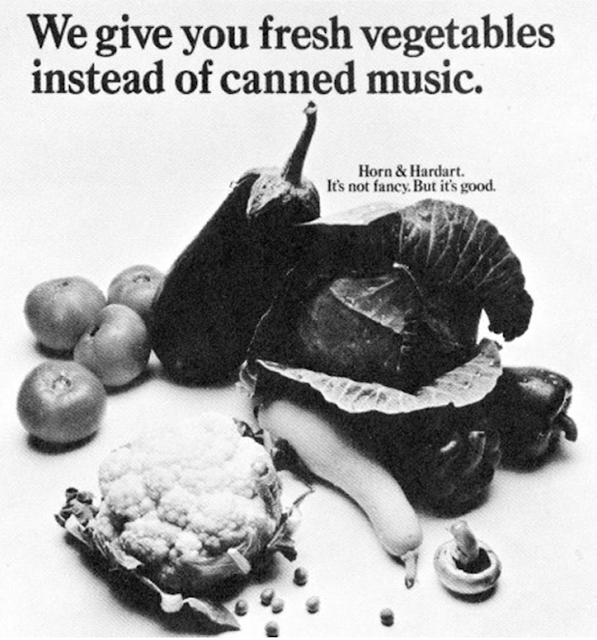