Something Happened. (Deep, sad and optimistic.) 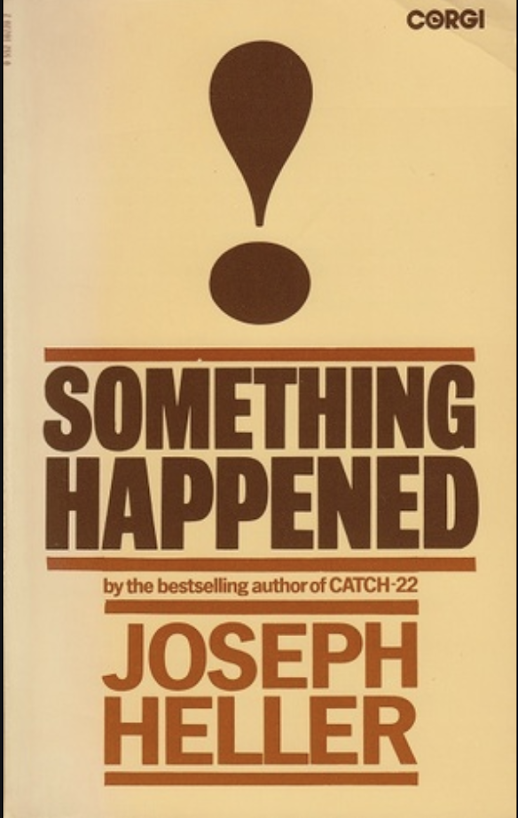 I grew up in a different era. A different era with a different set of standards, mores and aims than the world of today.
If you look at the advertising that made the advertising industry a powerful force for capitalism--the advertising pioneered by Doyle Dane Bernbach, Jack Tinker, Carl Ally and Ally & Gargano, Papert Koenig Lois, Wells Rich Greene, Needham Harper & Steers, Scali McCabe Sloves, Ammirati & Puris, Chiat Day and dozens of similarly focused agencies in the UK--their work was serious.

Not that it wasn't funny. But the best of it, the bulk of it, imparted useful consumer information in an executionally brilliant way. The viewer was smarter and more informed after seeing a spot or reading a print than they were before.
They knew more. They liked the "sponsor" more. And they bought more.
That's why all those agencies cited above had beautiful offices, on high floors, in the center of their cities. Because they were of central importance to the giant corporations for whom they worked.
You can't imagine Absolut Vodka's success without TBWA. Federal Express' success without Ally & Gargano. You can't imagine Volvo's growth or Perdue chickens without Scali. BMW was almost completely unknown before Ammirati. Nike and Wieden. Apple and Chiat. IBM and Dove and Ogilvy.
The list is long.
I can hardly find new examples to include today. A 2010 agency and a 2010 brand. Or 2020. Or 2000.
Decades ago I was working on a serious account at the world's most celebrated digital agency. I tried to do for this account what Ogilvy was doing for IBM. Ogilvy, to misquote Melville about whaleships, was my Harvard and my Yale College.
To accomplish that, I was recruiting a talented writer I had known from Ogilvy.
"What's it like here, George?" he asked me.
"It's not a serious place," I answered candidly. "They work on the fringes. Attempt to accumulate Facebook likes for clients. And make complicated apps no one has the time for, the sophistication or the reason to use. They win awards for that work. And that wins more clients who want more of the trivial same. A lot of it never even runs."
The question I have for the industry is what does the industry do?
For my clients I break it down simply.
I tell them about the Three Ds.
1. Definition. Who is the client? What do they do? What do they believe and stand for?
2. Demonstration. How can we "show not tell," how a company's products work?
3. Dissemination. How do we use media, paid, owned and earned, to get the message out.
That's about the easiest schema I've ever seen. And I made it up myself.
Most agencies today to my mind do none of the three. No one knows what about 98% of all brands do. What makes a Mercedes-Benz better than a Kia? How can you show me that?
And how can you get through to people who don't care? And don't bs me with the chimera of the right message at the right time. I've heard about that for 40 years and have yet to see it once.
Let's get serious.
A long time ago a very tall man sent me a note. I've saved it ever since and I take it out and read it now and again. That tall man isn't here anymore. But I can keep his thinking in my line of sight.

Since Holding Companies today house multiple agencies in one piece of real estate (think of how GM houses Buick and GMC together. They're the same basic car with a different cosmetic finish) they've taken logo, identity and individuality away. You won't see, say, an Ogilvy logo in the lobby of Ogilvy offices.
I get it. Holding Companies are in the real-estate optimization business now, so no logos.
But you could post the quote I pasted above in the lobby of every agency-containing office building.
It ain't Dante.

But it's a helluva lot better than "Abandon hope, all ye who enter."
--
BTW, I'm reading Rick Perlstein's new book, Reaganland: America's Right Turn, 1976-1980. He writes, a lot, about our country's national "loss of seriousness."
I know copy doesn't matter anymore, and no one reads or has an attention span, but you might find it worth a read. 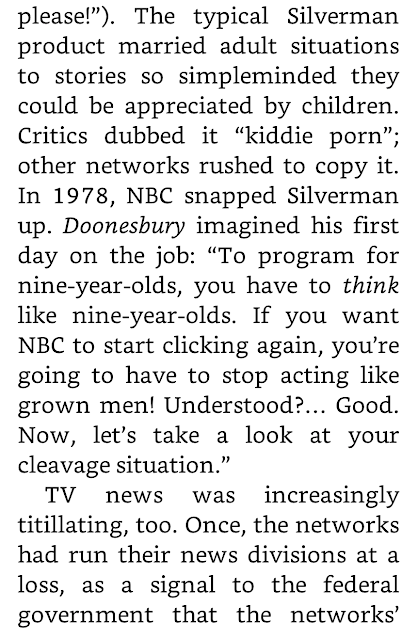 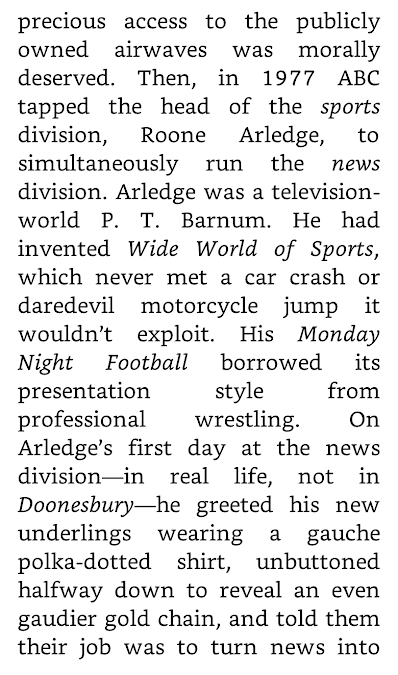 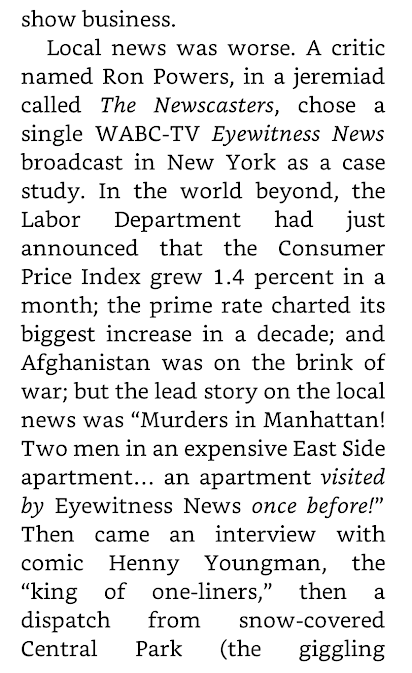 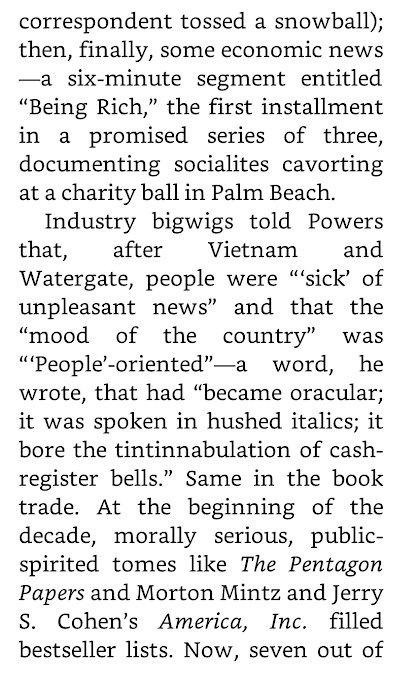 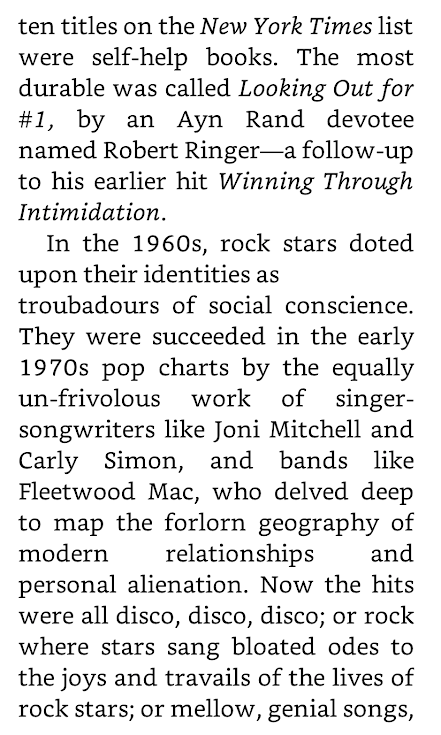 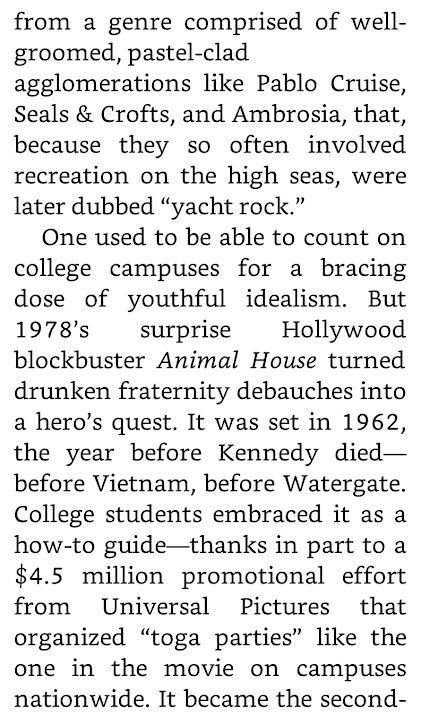 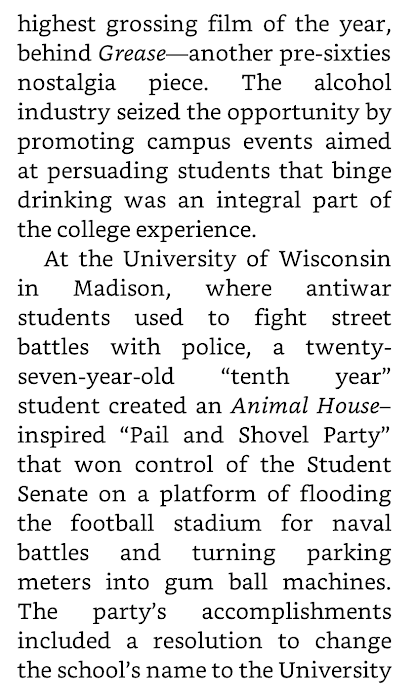 Somewhat as an aside, out of habit, I still watch the TV game-show, Jeopardy! with its asinine and gratuitous faux-excitement exclamation point. I often feel like it's now a kids' show. And I'm not talking gifted kids. "I'll take three-letter word for felines, Alex."
Watch for three-minutes starting at 4:20. I realize memory is a lost skill.
But what else was lost along the way?