In our benighted industry, an industry that's disposed of everything and everyone that made the industry itself valued and desirable, it's become almost impossible to make a living as a copywriter while keeping what remnants of self-esteem you might still hold.
In fact, though I worked at Ogilvy, a "writer's agency," and was named "Copy Chief" on their biggest account by Steve Simpson, Chief Creative Officer, and one of the best writers in the business, as time went by I saw the agency reduce my role--everybody's role--from thinker to stylist.

More and more people throughout the agency and the holding company, from the most senior levels down, would loudly and without foundation proclaim that "nobody reads anymore." Usually, that bon mot and others like it--proclaiming the death of reading and the shortness of the GenZ attention span--would appear on page 79 of an 144-page deck.

Other people in the agency, usually with puffed out chests but asthmatic resumes declared, for no discernible reason other than billability, that strategists and planners should derive all strategic thinking and writers should unquestionably type that strategy and render it euphonious in as few words as possible. The idea is that planners have some special insight radar that makes them the only ones who can think strategically.

These same people, of course, would wheeze, "creative can come from anywhere," but insights can only come from planners because, well, they're planners.

I'm not sure how and when the planner-centricity of the advertising universe happened. And I have nothing against planners--they're most often my best agency friends. But I do know for virtually the first 30 years of my career, there were no planners. As there were none during advertising's modern golden age--1960 to about 1985. (1985 being the year virtually the entire industry had been consumed by holding company accountants.)

I would assume an alias, doctor my resume, concoct some case-studies, shave two decades off my birth-certificate and re-enter the advertising industry--this time as a planner. 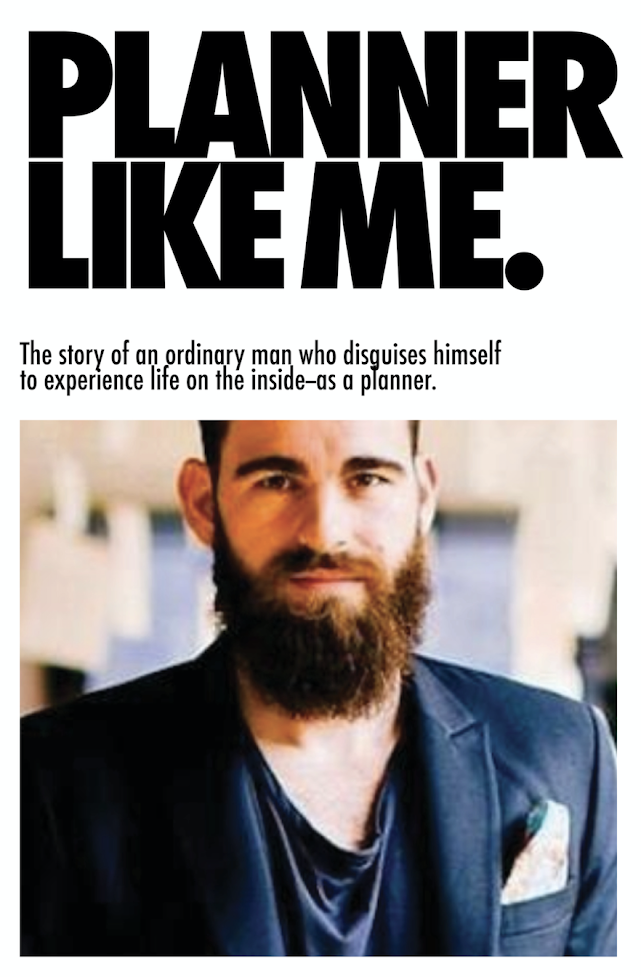 "It's me, Branson," I answered, "Or Brandon. I go with whatever name is trendier at the moment."

"Thanks for joining, B. We're talking about the Campbell's soup pitch."

"According to some qual, the world is more divided than ever."

"This is Lily, I'm account on the pitch. Thanks, Brandon."

"That's Branson. What's more, people are faced with choice paralysis and the pace of technological change is accelerating."

"This is Apple. Thanks for the insights, Branson."

"Got it.""This is just my consultancy gig," I said. "My passion is making artisanal yoga mats out of old cold-brew coffee grinds."

"That's cool, Bransonn. We're so glad you're with us."

"With you?" I questioned. "With you? No one is with anyone anymore. Sure we're more connected than ever before--but we've never felt more alone."

"We're connected," I continued "but with noise-canceling headphones on and our heads down."

"Let me clarify," I continued, conscious I was billing by the hour. "We don't have our heads down. We each only have one head. But collectively, GenZ and GenZ😀, are all putting their heads down, or, more accurately keeping their heads down since, ok Boomer, they never raised their heads in the first place."

"Wow," said one of the Zoomers. "What an insight."

"They aren't into stuff. Houses. Cars. Accumulation. Dude. The sharing economy. They don't want to be tied down. They're the most progressive generation in the history of the world."

"Bransonnn. With three n's. They've had it harder than any generation before them--forget about the Black Death, the Civil War, Vietnam, the everyday spectre of nuclear annihilation. That's why trust in institutions is at an all-time low."

"Man," Fireplace said. "These kids have it rough."

"Here's my thought," I offered. "Let's do something that's never been done before in the soup market. Something new. Something that speaks to the largest-generation of soup slurpers since soup was first slurped."

I could tell the people on this Zoom call were on the edge of their phones.

"They like experiences, not things, right? They don't need another can of soup cluttering up their too-small apartments in Williamsburg."

"No way!" Someone fairly screamed.

"Here's the insight--ZipZoup by Campbell's. You sign up, you pick up a hot bowl of soup whenever you want one. Right on the street corner. No ownership whatsoever. These. Kids. Don't. Trust. Ownership. No more soup patriarchy."

"Gotta boogie," I said hanging up the phone. "I've got my beard calisthenics instructor coming over."