If, for whatever reason, I decide to make myself dyspeptic, it's an easy enough task to accomplish. All I have to do is read the op-ed page of the Murdoch-owned, eat-the-poor, hate dark-people, violence against the planet, Wall Street Journal. 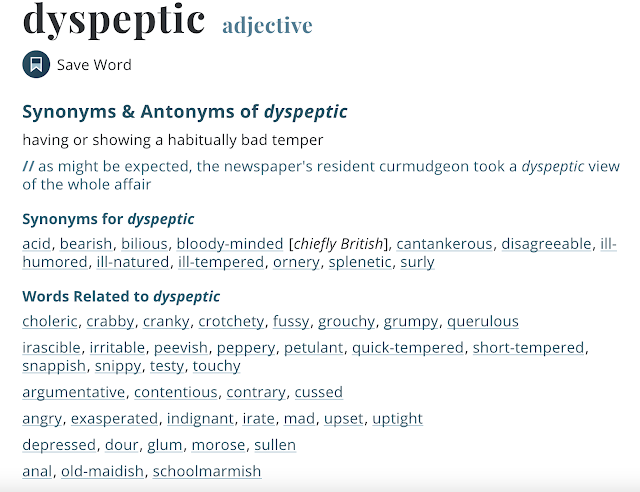 The paper is so good in so many ways--with the best books section in Amerika and some of the best investigative journalism--that I put aside my boycott of Murdoch-owned properties, including the Stupid Bowl LDIV, on lie-filled Fox, and continue to subscribe.

Frankly, subscribing goes against many of my principles. (I try to be anti-hate) but reading the Journal is so good for me professionally and intellectually that I grudgingly send my annual subscription fees to Murdoch, though I hope he burns in the pre-heated oven of hell--my mother's kitchen.

The reason behind what Paul Simon once called this "simple desultory Phillipic" is that of late I am seeing similarities between the advertising industry and the Journal's editorial page. Both are in existence based primarily on the denial of reality.

Much of the ad industry's demise comes from the ad industry today being run by people who don't believe in, don't trust, or don't abide by the power of advertising.

I learned this first about two decades ago when I was recruited to lead a consultancy and help make it become a creative entity. What I quickly discovered is that the Harvard MBAs and the Wharton MBAs and the Bains and McKinseys simply could not understand how creative is made or how and why it works. So to be blunt, they denied it worked.

The things they did understand--if/then propositions--were the coin of the Realm. If we did this, then that would happen. Even if it never worked outside of a powerpoint like, say, in real life.

What's more, if you colored your click now button orange and placed it top right and put an iridescence on it, you were sure to be a rousing success. And if you could data capture by means of an ultimately brand-destroying contest or loyalty program, all the better. As long as you NEVER looked at successful brands like Nike and Apple and NEVER concluded what made them different and successful was work people actually enjoy watching.

All this intellectual speciousness reminds me of the rampant denialism (denial of truthism) found throughout the editorial pages of the Wall Street Journal. On Friday, the paper ran an editorial called, "Yes, Trump Really Did Lose Michigan," as if the voting results from that state really were open to dispute.

The editorial links to a 35-report produced by Michigan (imagine what that cost taxpayers--some of whom don't even have clean running water) concludes this way:

The Committee can confidently assert that it has been thorough in examination of numerous allegations of unlawful actions, improper procedures, fraud, vote theft, or any other description which would cause citizens to doubt the integrity of Michigan’s 2020 election results. Our clear finding is that citizens should be confident the results represent the true results of the ballots cast by the people of Michigan.

The Committee strongly recommends citizens use a critical eye and ear toward those who have pushed demonstrably false theories for their own personal gain. We also conclude citizens should demand reasonable updates and reforms to close real vulnerabilities and unlawful activities that caused much of the doubt and questionability to flourish and could, if unchecked, be responsible for serious and disastrous fraud or confusion in the future. Further, we commend the innumerable clerks, canvassers, staff, workers, and volunteers across Michigan that make the enormous complexity of elections operate so smoothly, so often.

The complexity of the work and the dedication we discovered are astounding and worthy of our sincerest appreciation. We also commend the diligent citizens that took time to report problems and concerns they saw because they want and value fair and free elections above party or personal gain. If all citizens remain vigilant and involved, we will emerge stronger after any challenging time.

As of this writing, 97% of the ad industry is working late and nefariously to circumvent new proposals that would reduce cookies and return people's stolen privacy to them. Senior executives are hand-wringing themselves down to the bone.

How will we ever assault people if we can't subject them to SURVEILLANCE CAPITALISM? How will we ever reach them, find them, keep them in our beady-eyed sights, if we don't track their every movement--through their smart phones, their door bells, their smart refrigerators, their home-security apparatus, baby monitors, electric smart toothbrushes, tap and pay and so forth?

They are ours--we own them They're a target, in a bucket, low-hanging fruit, a captive audience and other phrases that semiotically reveal that much of our industry considers people victims. In the parlance of the man who lost two presidential elections by a combined total of over 10 million votes: "suckers." 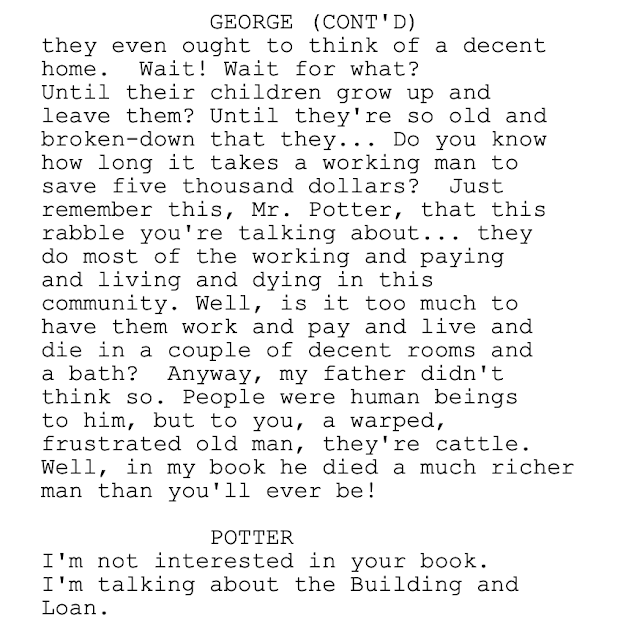 How can we monetize those suckers pre-natally and post-demise? How can we be there with a Aloe-fresh Puffs ad everytime a pollen spore enters a neighboring state?

In other words, like the WSJ's editorial board, how can we lie, cheat and steal our way to continued profit maximization. How long can we lie, cheat and steal so our corporate overlords add to their $150 billion bankrolls? (BTW, if you have $150 billion like Messers Zuckerberg, Musk and Bezos, you can spend $411 million a day every day for a year and still have billions left.)

My readership, which hovers about 80,000 viewers a week, is at least 51.7 percent human. As a representative of that 51.7 percent, I know I don't like stupid ads that shout at me while listing off bullet-point after bullet-point. I don't want ads to follow me around. I don't want my intelligence insulted. I don't want to be screamed at and to be told to hurry in because supplies are limited because I know there's no real reason to hurry in, because supplies aren't limited.

Advertising, and life, is about truth.

Not some version of truth that emerges after seventeen rounds of an anti-truth commission.

Tell me the truth.

Maybe once in a while, hand me a laugh.

92% of culture is laser-focused on Britney's IUD and I don't want any part of that.

Fuck influencers who anyone who's not housed in a home for the criminally stupid knows are paid endorsers (they're influencers because they've been influenced by a sponsor's money.)

In other words, try to live by facts as they are.

Not as you want them to be.

If brands and newspapers and holding companies did that, instead of foisting an alternate reality on us, perhaps I would be less dyspeptic.

Of course, to re-write George Bernard Shaw, "the power of accurate observation is often called dyspepsia by those who haven't got it."