The fleeing and the fleecing.

For as long as I've been sentient, or relatively so, I've been able to divide the world into roughly two camps. The "that will change everything-s" and the "human nature is persistent and invariable-s."

I came of age during the Vietnam war--the Vietnam debacle. A war that killed 60,000 Americans and millions of Vietnamese. A war that lasted about 25 years. When America abandoned its so-called mission there--when America turned and ran, there were huge swaths of people who said we would learn from our many mistakes. Yet, now we are ending another futile twenty-years' war that achieved no discernible aim and cost us trillions.
Another March of Folly.

Likewise, when the internet came into being, the that will change everything-s became ascendant. Human behavior ingrained in our DNA not unlike the "flight or fight" instinct would be abrogated thanks pop-up ads. All at once people, we were told, would lean-in, interact, and enjoy advertising, which would somehow become indistinguishable from the shows we were watching.

The internet, like Google+, Snapchat, AOL messenger and dozens of other dimwitted dirigibles would forever alter the world in ways, say, the Communist revolution or the Irish potato blight wasn't able to. This will change everything was the refrain.

Everything that ever worked in the past was declared dead. A new world odor was upon us.

Of late there have been a spate of articles, there are two below, about how workers, millennials and slavatars are leaving the workforce rather than having to return to the office. 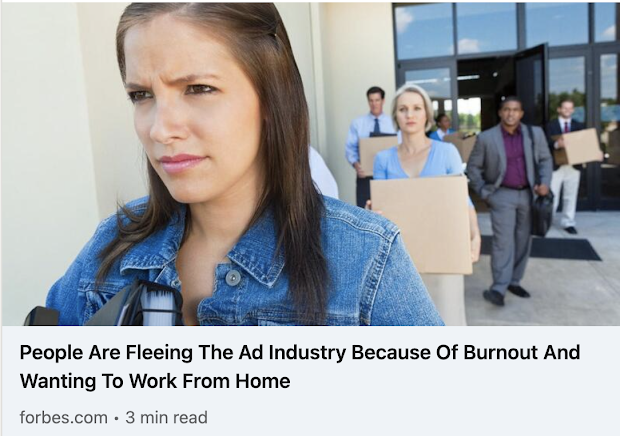 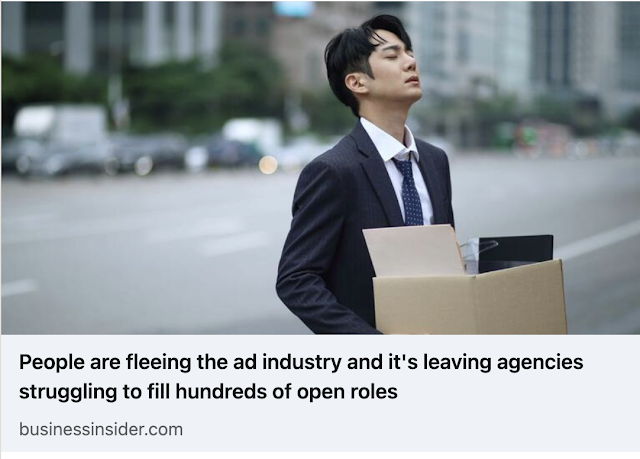 There's nothing wrong with these articles except they miss the most salient reason people are fleeing the ad industry.
People are leaving the industry not for any new virus-related reason. Or due to some Gen K sense of entitlement.
They're fleeing the ad industry for the same reason so many "Jack Tars" fled from Britain's Royal Navy. In fact, in order to staff ships, hundreds of thousands of sailors had to be impressed. That means taken against their will and forced to work, ie they were enslaved.
Here's why: From roughly 1650 to 1800, wages for common English sailors stayed the same. They didn't go up one ha'penny, whatever a ha'penny is. 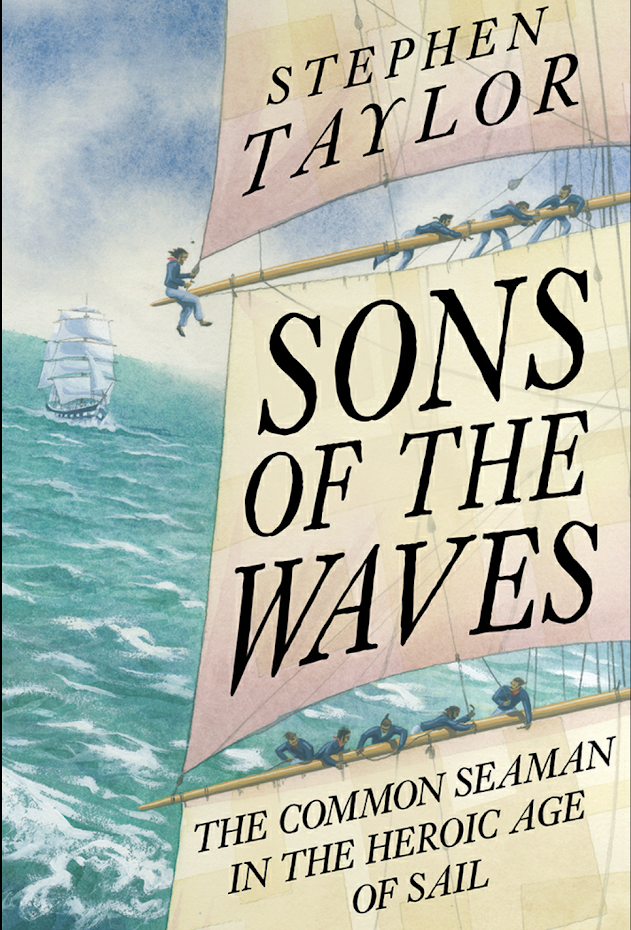 I have only anecdotal information on this--and there is no independent press that looks into the advertising industry anymore--but my guess is that since the Robert Jacoby/Martin Sorrell/Saatchi brothers era--since the rise of holding companies, salaries for 85 percent to 95 percent of people in advertising are lower, in adjusted dollars, than they were almost half-a-century ago.
Advertising pay is less than it was in 1980. (For those who like short paragraphs.)
What we have here is a perfect storm of greed.
The best people in advertising--in any business--have always been ambitious and competitive. They've always wanted a raise every year--not just a cost of living increase--a genuine improvement in their standard of living. That's human nature. That's relatively immutable. That won't change.
Cave people wanted nicer caves. Better mammoth skin frocks. A nicer ocher cave painting.
Human nature.
Probably Neanderthal nature, too.
Ad people want the same things people have wanted since the rise in American liberalism which emerged from John Maynard Keynes and his influence on Franklin Roosevelt's New Deal. They've wanted to own a home. They've wanted college for their children. They've wanted good healthcare. A night off now and again. Maybe a week in St. Kitts every so often. And maybe four or five years of retirement before they die. Oh, and some work they could be proud of.
None of that is really plausible in today's ad industry. In fact, it's not economically feasible as long as the Chieftains of the industry earn 200 to 300 times what the median worker makes. There's just not enough money to go around.
I agree people are burnt out.
I agree people want to work from home more often.
But those two conditions are partly the result of inadequate pay, inadequate advancement, inadequate fairness.
Why spend two hours on a train (your commute is long in part because your salary is low) to work for a dead-end job that where the profit of a few demands low-wage unpaid hours from many?
I don't love working on my own. It's tough. Way more arduous than anything I've ever done. Like Derek Walker writes, running your own thing makes you "chief instigator, janitor, secretary and mailroom person." It's unrelenting.
But when people ask, I tell them this. "It's nice to have restored for myself the relationship between hard work and pay."
What's more, when GeorgeCo., LLC, a Delaware Company does hire planners, account people, producers, art directors, editors, colorists, designers, writers, etc. I pay them top-dollar because my clients deserve the best people. Not just the cheapest. People flee from me all the time. They're not fleeing from the work I offer. Because I try to treat people well and pay them what they deserve.
I think that's what's missing today. 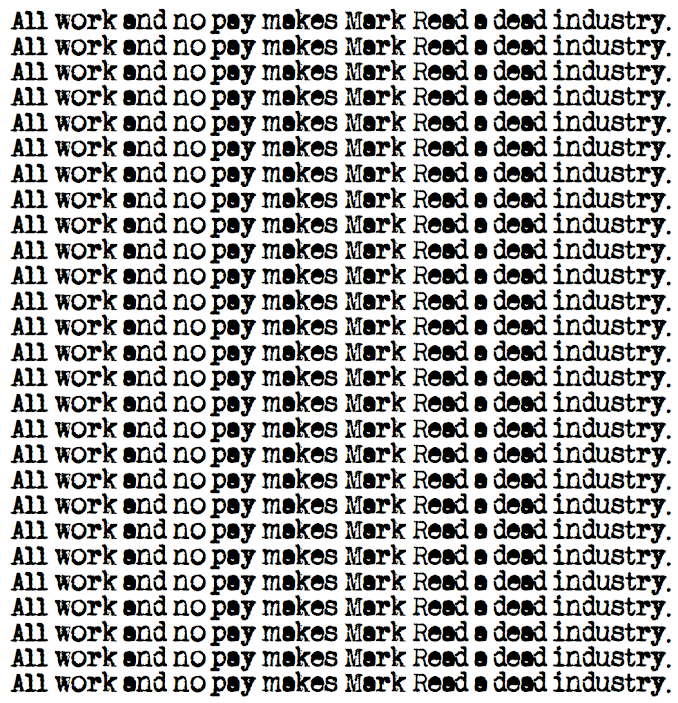