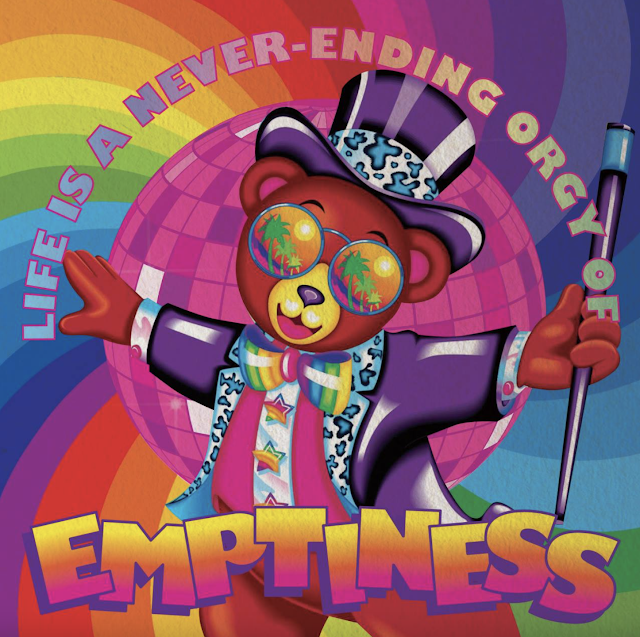 Back when I was a puppy in the industry, way back in the early 90s, I worked for a gifted eccentric and brilliant copywriter called Ed Butler.

One thing Ed did that I'll always remember, if he saw an ad on TV or in the newspaper that he liked--really liked--he would find out who the writer was and type him a note. Ed didn't make the transition to Apple computers. He still worked on an old portable typewriter and it suited him just fine.

In fact, Ed hired me not because of what was in my portfolio, but because of what I had almost taken out of it. I removed a marker comp from my book, and stuck it in a sleeve in the back. I was afraid having a non-produced ad in my book would tarnish my credibility as I was looking for work. But somehow, I had mistakenly left the ad in there.

It was an anti-suicide campaign for the New York Police Department. The visual was a service revolver with all six chambers empty. The headline said, "Last year ten cops were shot to death. Seven did it themselves."

Ed hired me because of that.

My point here is not nostalgia. It's reaching out to people you like. Even if they're big, famous and hoity-toity. That's something I learned from Ed.

I have always been an extremely shy person. If you're an independent contractor or if you're looking for work, timidity can be inhibiting.

For the past eighteen months or so, I've been following Ed's lead. When I see something I like I send a note to the people who had a hand in it. I thank them for their work. We play advertising Kevin Bacon. If you do that, you'll likely find that you're no more than two or three degrees away from most people.

But I feel like I know a good 50 percent of the leading lights in the industry, both here and in the UK. Mostly because I said "good ad," or they wrote a comment on one of my blog posts that I thought was smart, so I wrote back.

You don't do this for money's sake or anything to do with gaming the system. You make these connections because all of us, no matter how acclaimed, successful, popular or whatever are stretched, stressed and, at many times, lonely.

Ours is a tough profession. There's cutthroat competition. Disappointment at every turn. And you can find yourself tossed out for no good reason other than someone above you sees you as a cost, not a value because you're over 40.

There's a lot, in other words, to life that can make life fairly unbearable.

Meeting others, having friends, having, even, strangers who might understand, is important. Important for you. Important for others you might never meet except through a digital chat.

It's a buzzword like brave was a few months ago.

And bold a few months before that.

But kindness works. As a way of life, not just a fad.