A short course in Corvée.

For many decades, I was a competitive athlete. I enjoyed the challenge of having my ass-kicked and trying to kick the ass of others. That dynamic, I ass-kick therefore I am, comes to us from our evolutionary residue. You'll find it in almost all our predecessors, most notably giant apes who still kick the shit out of other giant apes so they can have more food and more sex. It's been that way on earth for almost 5,000,000 years. It ain't likely to be HR'd out of us any time soon.

Though I have closed my Apple Watch rings for nearly 600 days in a row, I no longer compete athletically. I challenge myself in different ways now. I read heavy-duty books from university presses that sometimes make my ears bleed. Even so, they help me understand the world--at least as much as anyone can fathom this cockeyed caravan of charlatans, mountebanks and quacks. 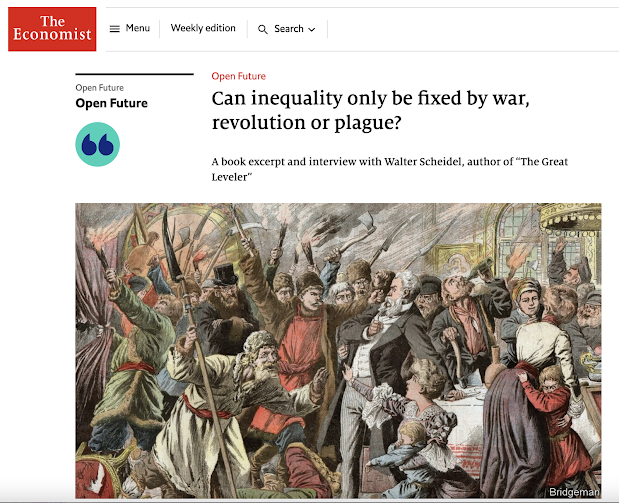 The other day, I read this three-year-old article above from the Economist and I promptly downloaded this book it was based on, below.

I must say, I've had a fairly good education in economics but Schiedel demands at least one advanced degree in the dismal science--not just Dr. Beck's Macro and Micro and Dr. Sola's Introduction to Labor. I know more about Barbara Eden's Jeannie than the Gini Coefficient so I elide the deep-dish equations in the book and try to zero in on some of the broader concepts. 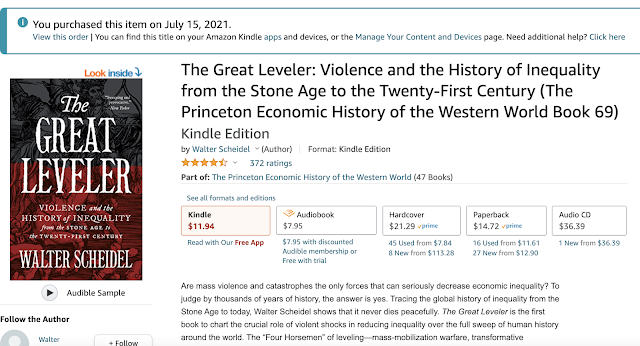 Reading on Monday night, I came across a feudal French economic concept that helped explain a lot to me. It was something I had noticed before--and remarked upon--but never really had a name for.

It's the concept of Corvée.

If you have any memory cells left, try to etch the word somewhere in what's left of your brain, after a lifetime of watching TV and drinking sugared soft-drinks. 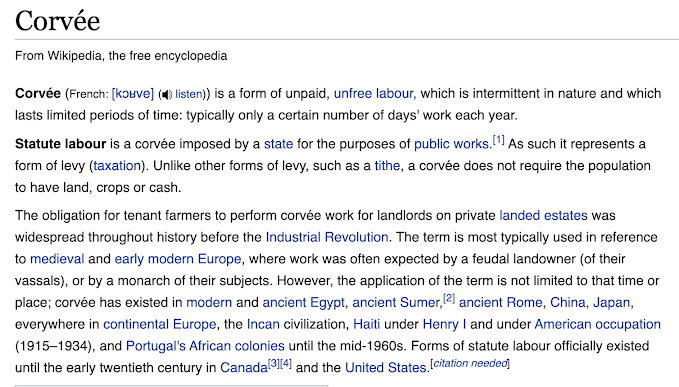 Of course, I am playing a bit fast and loose with the definition. Corvée in advertising isn't imposed by the State or the government. It's imposed by the modern replicant: the multi-national corporation.
Some decades ago, that corporation told you you were an executive--that you got paid annually rather than hourly and you got some executive benefits as well, an office, an expense account, an assistant to assist you, and the occasional bonus. Once I had a card that let me take a black car places in case I needed to and a couch in my office and a mini-fridge. That was when I was in my 30s. In exchange for those modest appurtenances, you were ordered to work a certain number of unpaid hours.
Today, all executive appurtenances have all but disappeared. You sit out in the open like a pig in a sty. It takes you 12-weeks of paperwork to get a $12 cab reimbursement. And you often have to advance the company thousands of dollars for the privilege of paying for your own travel and sitting in a middle-seat while flying out to endless fluorescent meetings.
You're an executive in that you have to work extra hours. But the privileges of your "executiveness" have evaporated. Meanwhile the extra hours you have to work have grown larger and longer.
No one wants you to think about stuff like this. How standards of living have fallen over the last half-century and job security has disappeared like a Trump ethics committee. BTW, in a related note, life expectancy has declined more this year than any time in the last 75 years.
You get it, right?
Corvée.
--
PS.  In December, I did work--as a favor--for a London agency held by Omnicom. My bill has been rejected 20 times because I haven't provided the information in the way they want me to, a way they change with every subsequent email. That's Corvée as well.