A Confession About Fruit 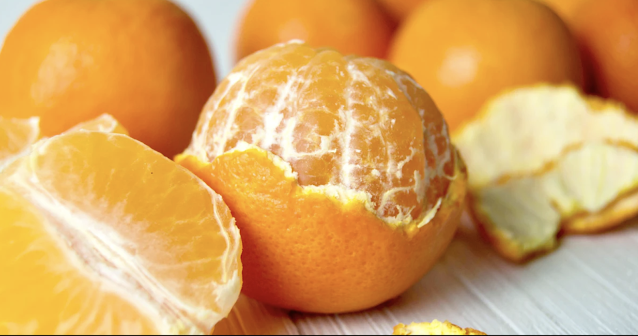 Agency of the Decade, Ally & Gargano.

Unfortunately, I began when their salad days were over.

trophies and gentlemen in their 50s who were the lions of

the hallways were offices inhabited by a who's who of

did brilliant work for Saab. Tom Wolsey who was coming

probably 30 years older than I.

Ed was a great writer. By his own calculus and photographic

advertising memory, while at DDB he wrote the 21st best VW ad

ever written. While at Backer Spielvogel, some of the funniest

Ed loved the way I wrote, and about six months into our time

together, he said, "you don't have to show me copy any more;

Here's where the story gets to be about aging.

I was born fast and Ed was born slow. We shared the writing

duties on a financial account. For about a year, Ed would write

about half the ads and I would write the other half. My goal was

I wanted to be as good as he because I respected him.

He made a lot more money than I did.

He had three windows and I had one.

If there were TV spots, they were his.

I was doing more work but playing second fiddle.

As time went on, the agency kept taking on water. Prelude to sinking entirely.


Eventually, "management," a term you can only, in advertising ever use loosely, decided I was "the future."

I was 33 and they promoted me to Senior Vice President, Creative Group Head.

And they fired Ed.

They fired Ed because I was a dick.

Or because he was old.

It's like, I think, being a survivor in a car-accident where your girlfriend dies.

It should have been me. You carry guilt around.

near the office. I couldn't make eye contact and stared into my turkey burger deluxe.

About a week after, I found out Ed had cancer.

I saw him fairly often. He'd drop by the office to shoot the shit,

or I'd see him in the bagel shop nearby. Each time I saw him he

seemed ten pounds thinner. Like he was prepping for the role

as a prisoner on the Bataan Death March.

Ed died about a year after he was fired.

Of course, I wasn't to blame.

But, I had done something wrong just the same. I didn't understand Ed. What he had done. How he had helped me. How good he was. And all he had accomplished.

I did what people do sometimes.

Not out of meanness or spite or evil. Out of ignorance, or speed, or the desire to be a big cheese.

Old people have always been the other.

They're in the way of young people who want to get where they are.

As Willy Loman said in Death of a Salesman, "You can’t eat the orange and throw the peel away—a man is not a piece of fruit!"

That's what ageism does.

We eat the orange. We throw the peel away.