A (Serious) Speech from an Unborn Holding Company CEO. 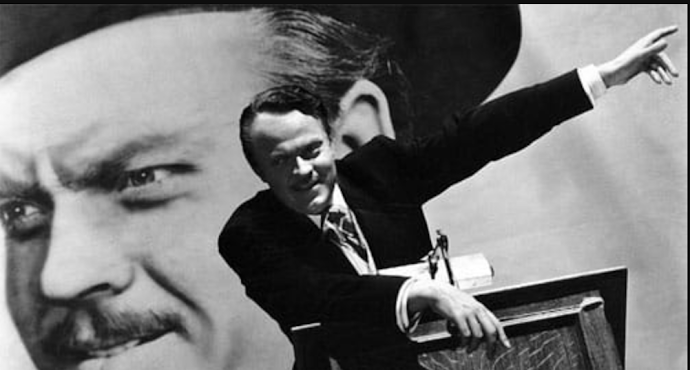 I don't usually address the industry as a whole. My focus has always been on acquisitions, quarterly profits, account wins, and of course, awards shows. But for the sake of this post, let's imagine me as the Holding Company equivalent of Ebenezer Scrooge. Let's imagine in the cat's yowl darkness of a gloomy midnight I was visited by the Ghost of Advertising That Could Be.

What follows is the awakening the Ghost brought me while I was in the arms of Morpheus.

In the last 300 years--since the Enlightenment brought to the fore the progressive forces of science and rationality--we have seen an enormous rise, an unprecedented rise in the wealth and comfort of literally billions of people.

Life expectancy has more than doubled. The number of people living in poverty has been reduced by 95-percent. Infant mortality, hunger, even hate and prejudice (which are human-made) are on their way to being conquered.

One thing has stayed the same.

The need to advertise.

The need to advertise?

Advertising, as Marx pointed out is a stick rattling in the swill bucket of Capitalism. OK, Karl.

One person's swill is another person's champagne.

I happen to think even a New Yorker magazine fact-checker would ok this statement: Advertising has created more wealth, more prosperity, more opportunity, more dreams for more people in more places than any other industry on earth.

Sure--it's not all positive. We've created over-consumption, conspicuous-consumption, the disposable plastic economy that is choking our planet and threatening our existence.

But within that power lies the corrective to fix the mistakes we have generated. Remember, when Franklin Roosevelt created the Securities and Exchange Commission to regulate Wall Street, he put Joseph Kennedy in charge. "It takes a thief to catch a thief," FDR famously quipped.

In the same way, it takes our skill to change the world--as we have changed it before.

Over the past few decades, it's been fashionable in parts of the industry to say things like "Advertising is dead." Or "Television is dead." Or, "The Big Idea is Dead." Or we are "post-consumption," or something else funereal and dirge-like.

If you lost your cat, you'd post a sign--an ad--that says lost cat.

When Nike has something to say or Apple, they tell the world with advertising.

We, the advertising industry are largely responsible for bringing our own industry to the brink of death.

A few at the top have strip-mined the industry for their own Park Avenue palazzos. Leaving young ambitious people on a cycle of one-percent raises every 36 months.

We have put an emphasis on extrinsic awards when our industry's real rewards should come from the client-growth we generate and the concomitant increase in revenue. We should focus on growing the prestige of our clients--their fame--ours comes from that. (We are "agents" after all.)

There are a thousand more points I can detail.

Let's start by believing or re-believing in the nobility of our profession. The importance of what we do. And that what we do is simple. Advertising creates wealth and prosperity for many.

If you don't buy into that--leave the business.

If you do, let's fight for the industry, the profession and the people we love.