There's a lot that the financial interlopers into the advertising business fail to understand. It's why they've been so successful in destroying the industry.

I'm "internet friendly" with the English ad legend, Dave Trott. Dave's done more notable work than just about anyone alive today. And even if he did nothing more than give the occasional lecture on "how advertising works," his contribution to the industry would be nearly unmatched.

I've never met Dave, or even spoken to him. But we share some background and some interests. And in the age of pixelized long-distance connections, I count Dave--despite his inevitable protestations--as a friend.

Dave and I are both World War II buffs and we often share esoteric little bits about colossal battles, Winstonalia, the desert war and brewing up and whatever else strikes our fancies.

This morning, I ran across an article in The Wall Street Journal that the home of a decorated RAF pilot--who lost both legs during the war and was a POW at Colditz for four years--was being offered for sale at just under three-million pounds. 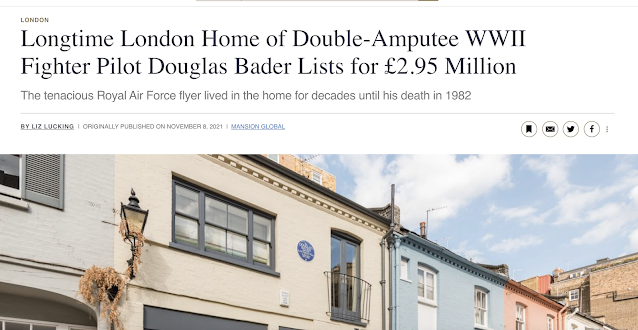 This sort of item is of interest to probably 400 people around the world. But it struck me and I thought of Dave--so off it whizzed to his flat way off in London.

In less time than it to takes me and Whiskey to attend to her morning ablutions, I returned and found the item below in my inbox 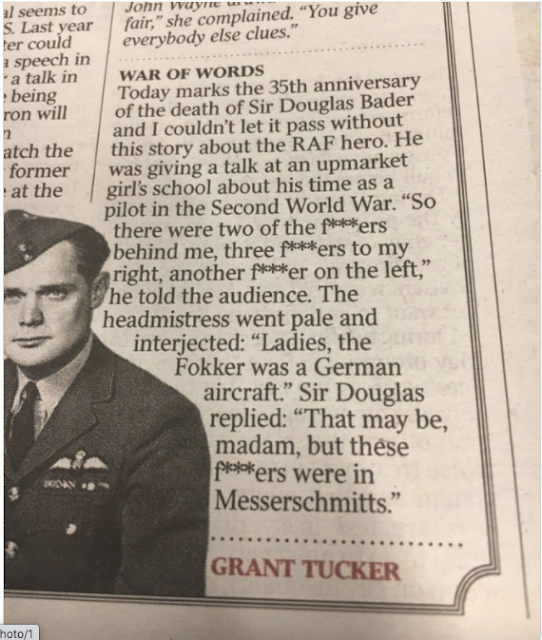 It struck me--though Dave and I don't work together that this is how creatives work together when work is working. Someone finds something interesting and taps it over to his partner.

His partner chews on it a bit, a synapse synapses and then something is sent back. From there, if you're blessed, the exchange becomes like Borg vs. McEnroe.

I think it was Roy Grace who described working as coming in in the morning and saying to your partner, "One." Some time later, she says "Two." Around lunch, you say, "Three."

After lunch, you might trade four and five. If you're lucky, you get to ten before the great timekeeper calls your name. And you have something special.

There are a lot of circumstances that have seen the human connection of the most-human of processes be surgically removed by the scalpel of nasty modernity.

Not only do we seldom have time to talk to partners today--those of us still toiling in offices seldom have space to be stupid, to throw pencils at the ceiling or draw bawdy grafitti on the sheetrock.

Everything is so serious today. As if our job isn't to make people think, laugh, cry, crave, get upset. No, today we act, professionally, as if lives depend on our fucking banner ads.

How is the prevailing onus of career terror helping anyone do anything that's interesting? Why do corporate entanglements get so successfully in the way of the connection with another human's brain and the joy that comes from that.

Maybe the metaverse will make it all better.

But it's my guess that the metaverse will also be bought by giant capital interests and our virtual sex-acts will be sponsored by 5G messages from telcos while you're in virtual flagrante delicto.

BTW, Dave and I are still "being creative."

Yesterday, Veteran's Day, we searched together for a poem I had sent him years ago--about WWII bombers dropping death from planes decorated with images of beautiful women.

I haven't found the poem.