The Decline and Fall of [Agency Name Goes Here.] 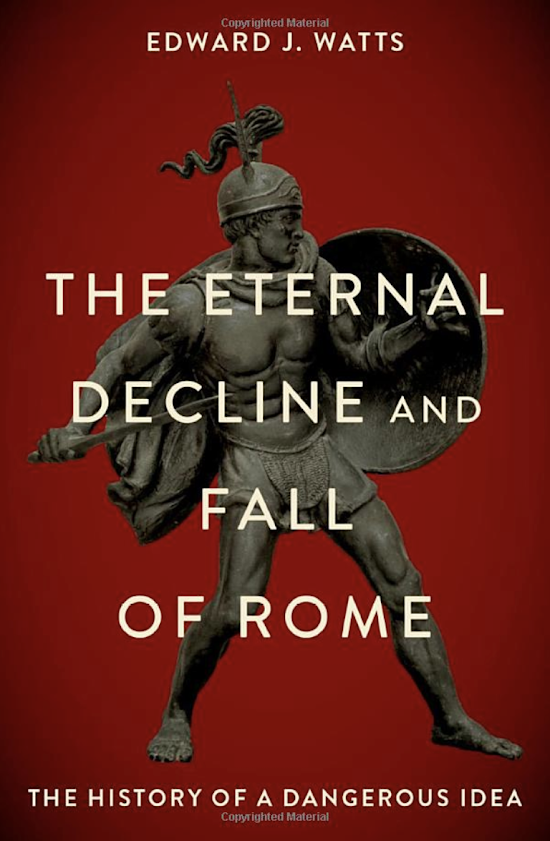 If you have some time over the upcoming holidays and you want to read a new book about the ancient world that is relevant to today's world (indeed, to every world) you could do worse than to pick up Edward J. Watt's "The Eternal Decline and Fall of Rome: The History of a Dangerous Idea."

I know I have a wide-ranging and well-lubricated mind, but the thesis of the book is simple: that anyone who promises to restore lost greatness is probably up to no good. That resounds through the advertising industry and through our clients' lives as well. Not just ancient Rome.

Most recently, the non-popularly elected twice-impeached tax-and-wife cheat donald trump, declared America well on the road to ruin. Much of what you and I might call progress, an expansion of healthcare, attempts to fit into the world community, an effort to combat the colossal threat of climate change, this canard of a man presented as evidence of American decline. That only he could see and reverse.

It's easy to use the specter of decline as a way to get people fired up and as a way of regarding people who think differently as "the other," and "the enemy."

Be careful when you hear people say, "The previous order screwed things up. We're sweeping clean and fixing it." Things are rarely so cut and dried.

Over the roughly 2,000 years of the Roman empire (Watts tracks it until the fall of Constantinople to the Ottomans in 1453) Rome's decline, real or purported was often attributed to the previous leadership which was always regarded as corrupt, a-religious or too easy on foreigners.

Many of the allegations about decline got pinned on the prevailing religious beliefs of various emperors. If an emperor believed in Roman gods, he would often be followed by a Christian believer who would assert that his predecessor's failure to follow one true way was the reason for that decline.

Decline-assigning went back and forth for millennia. Christian to pagan to Christian to those who believed in different notions of the father and the son.

We saw this sort of thing with that aforementioned monstrous fuckwaffle of a fake president. America's decline was due to Muslims. Or black and brown people. Or a porous border.

Only 14 Americans per thousand people are of the Islamic faith. I'd bet if you asked the fine people who marched in Charlottesville or who insurrected on January 6th, they'd say the percentage is more like twenty or forty percent.

The Foxy news maintains that anything they find disagreeable is un-American. And everything un-American must be destroyed.

In the agency world, I've seen a similar thing happen. A once-successful agency loses accounts or stops winning them or suddenly stops winning as many awards as they'd like.

Usually, that decline is blamed on some exogenous issue. Creatives who are older and who hearken back to the 80s. People who purportedly don't embrace social and digital. Or who don't appear melatonin-ly diverse. Or a lack of "cool" and "swaggery" accounts.

The people in charge "no longer get it." They haven't "kept up." They "don't understand new media."

First management demonizes them. Forgets their accomplishments and contributions. Then the only way they can think of to revive such agencies is by sweeping out everyone who came before.

Sometimes such broomification is necessary. People do get complacent and stuck in their ways. They know "the answers" before you the questions are even asked and lose their freshness.

But more often, as in Watts' analysis of Rome, people and management changes are the products of someone's agenda. To consolidate their hold and their control, new leaders must destroy all those who came before.

Or as the ever-sagacious Ad Contrarian once wrote,

"In American business, there is nothing stupider than the previous generation of management."

Posted by george tannenbaum at 7:47 AM