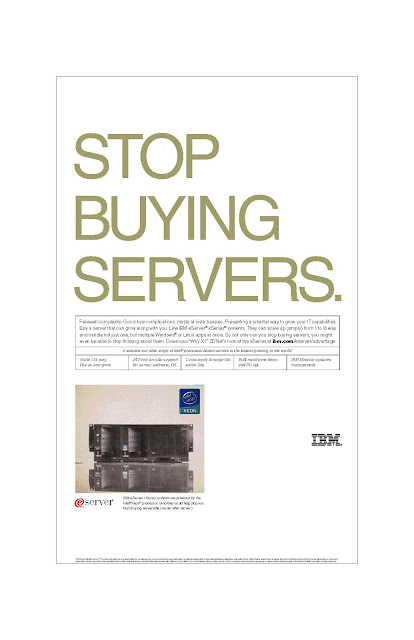 Yesterday I wrote a post about the centrality of the "idea" in communication and how, it seems to me, that ideas in the "social media age" are encumbered with so much noise and so many incursions.

This is really no different from life 60 years ago when Bill Bernbach looked at advertising and said, in effect, "there's too much decoration, too much filigree, too much pablum and not enough honesty." That distraction had overwhelmed communication.

This is what is happening around the world today.

The art of reduction--the teutonic brutality of killing extraneous ideas, thoughts, farts and predilections, has all but disappeared.

In fact, if I had the business and could open an agency I think I would invent one agency title: Editor in Chief.

This person would be coffered in a sanctum sanctorum and would be armed with a thick black pencil of the Leo Burnett ilk. Print-outs of everything would be delivered to this person and he would ex out everything that no longer matters. No one would be able to talk to this person--there would be no "explaining" the work. He would remain in solitary confinement and work would be reviewed anonymously.

All that doesn't matter would be exed. Mercilessly.

If the pencil wasn't reduced to a mere nub by the end of the week, the Editor would be fired.

Years ago when I worked on IBM with the unsurpassed art director Tore Claesson, we did a series of very good print ads that followed this reductionist stamp.

We had a few simple goals. 1) We wanted the ads to have the biggest headline type in the periodicals we were in. 2) We had to bury our clients' competitors. 3) We had to make the ads quick to read with convincing arguments along the way.

These were the kind of ads that were already out of fashion when we did them.

My Editor in Chief would have liked them.


Posted by george tannenbaum at 6:13 PM

And still we were forced to include the intel inside logo....and a lot of specs. That campaign ran for years, I don't know how many ads we actually produced in the end, but it was many. Still proud of it. The campaign's tone of voice was based on the assumption people in the target group were intelligent.

interesting. I see your point although seems terribly dated now, but advertising is time sensitive not eternal.

it is a craft of the moment.