On Monk, Bernstein and 11th Avenue. 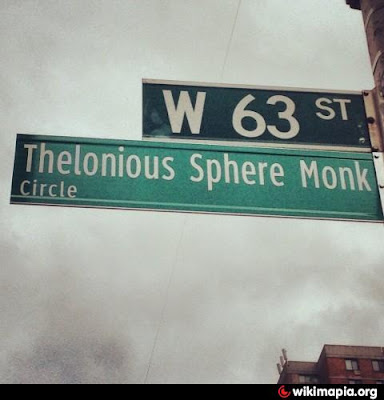 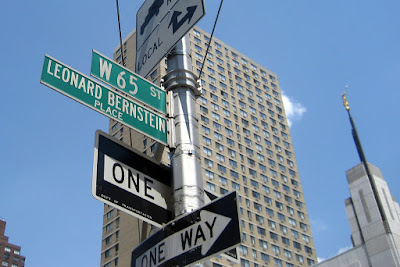 This morning, like yesterday morning, I got out of my car service in the high-60s and decided to high-tail it to work. The truth is, I need the exercise, and ever since I discovered Via, a ride sharing service that drops you door-to-door for just $5, I haven't been getting enough.

I vowed to give myself a mile walk in the morning, or the evening, if I can't make the morning. It's not much, but it's something and perhaps I can build that walk into something more beneficial and taxing.

In any event, 11th Avenue, where I toil is still a street on the fringes of New York. There are few businesses here, fewer restaurants, and absolutely nothing 'trendy.' That will come in time, artisanal mustard shops and the like, but for now, 11th is populated predominately by auto dealerships.

Going uptown-to-down, they start with BMW at 57, Mini at 56, Volkswagen/Audi on the entire block from 56-55. Then Mercedes-Benz from 54th-53,  Jaguar/Range Rover, Jeep/Chrysler, Cadillac, Porsche, Lexus, Toyota, Honda. I might have missed one or two, but you get the general idea.

This morning I noticed that nearly every car in nearly every window was decorated with a giant holiday bow. Usually these were red and silver. Though sometimes they were silver and red.

The sameness of it all hit me.

Once everyone has a bow, you stop seeing bows.

I'll tell you what really struck me though, as I got out of my car, I noticed I was on one of those semi-ersatz named streets, West 65th Street, which is also called "Leonard Bernstein Place." I walked two blocks south to 63rd Street, and I was on another named street, this one called Thelonious Sphere Monk Place.

In a weird way, I suppose, I saw those two musicians as the epitome of diversity. They both saw and heard the world in different ways and expressed their visions differently. Though they were born just one year apart, Monk in 1917, Bernstein in 1918, and though they lived and composed and conducted just yards from each other, they were distinctly different characters.

Today, whether it's holiday decorations in the window of an auto dealership, political candidates, fashion magazine covers, we all seem to me like some living breathing version of processed cheese food.

For the life of me, I can't say who I like more. Sometimes it's Bernstein--the comedy of Candide, the wistful sadness of "America." And sometimes it's Monk. There might be nothing better when you're blue than hearing a take or two of "Dinah."

But as for auto-dealer windows, I'm more definitive.

I hate them all.
Posted by george tannenbaum at 8:45 AM