Ads. Offline and on.

Someone, I think it was my boss, stole my copy of "Well-written and red," containing within it a hand-written note by its writer and editor, Alfredo Marcantonio.

Most people regard David Abbott's poster campaign for "The Economist," one of history's great advertising campaigns. For two decades they've produced simple, differentiating work for one of the world's most-important and influential magazines.

Here are just a few of the many great ads in the series. 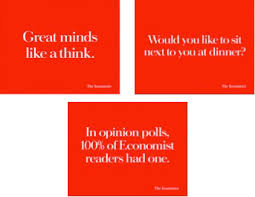 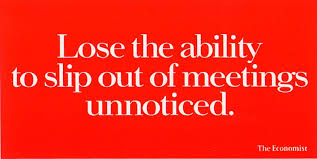 I often rail about the insipid nature of online marketing. How it tries, often, so hard to be relevant and consumer friendly and "for everyone," that it is instead a hodgepodge of banality and cloying-friend-ish-nish that its effect is dumb and treacly.

People, purported experts in marketing, often claim that we should write differently for online media than we do for offline.

I don't really understand why.

People are people. Brains are brains. Emotions are emotions. Logic is logic.

I just came across this in my linked in feed. All I can say is: how dare they. 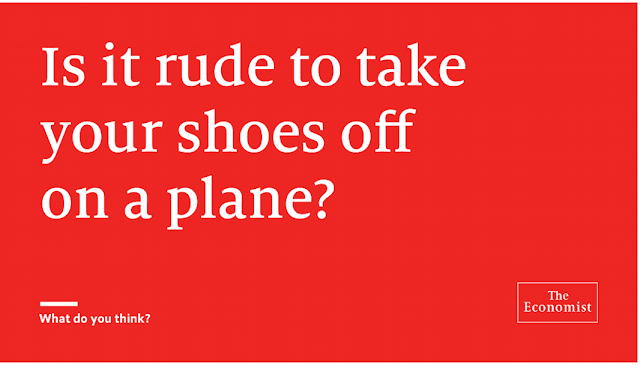 Posted by george tannenbaum at 11:07 AM