Flash! Detroit is out of business. 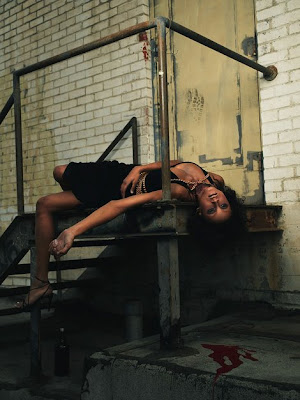 Yes, I know I suffer from a surfeit of synapses--synapses that fire, at times, like a Russian Katyusha rocket launcher.

The Big Three, who, if we weren't xenophobes we would call the "The Medium Three" or "The Inconsequential Three," are all but gone. As the dog-whisperer Mitt Romney says in today's Times, a bailout will only delay their eventual demise.

Monday it was announced that BBDO has lost its flagship account of 48-years, Pepsi.

Likewise Pepsi. It ain't that their commercials suck. It's just that outside of three or four moments during the year--the Super Bowl, the Oscars, I just don't see commercials. BBDO--that great TV Uber Alles agency--has maintained that attitude and has thus made Pepsi, like Fords, inconsequential.

Suppose you shot with Pytka and nobody watched.

The old model is dead.
Posted by george tannenbaum at 7:39 AM

Yeah, I can really sling it.