The measure of all things. 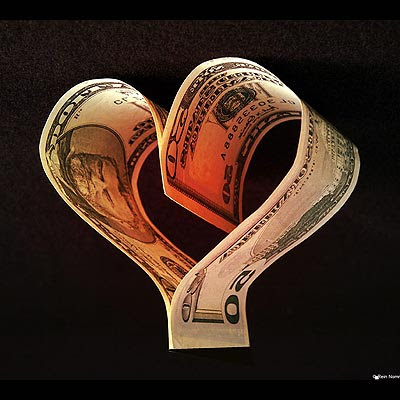 Orwell's "Newspeak" and "Thought Police" do all they can to limit the sheer number of words. By limiting their number and their "nuance," you limit sophistication, debate and finally thought itself. I wonder if this is what has already occurred in America.

It seems more than ever that money, not man, is the measure of all things. We flock to movies because they grossed more than any other. We know exactly how many dollars a candidate has raised--we know more about that than about his ideas. We know the contracts of athletes, the cost of a luxury box. We know the results of Black Friday and Cyber Tuesday. We know the salaries and severance packages of Wall Street big wigs. We know what Nardelli walked away from Home Depot with. As I like to kibbitz, we follow the Nikkei more ardently than we follow the Knicks.

Yes, in Amoneyca money is the measure of all things. No one says, "What has he done?" They say, "How much does he make?" No one asks, "Is the movie any good?" They say, "It grossed twenty-seven trillion last weekend."

This is what drove us down. Because someone paid himself $120,000,000 per annum and awarded billions in bonuses, we assumed there was some legitimacy there. We assumed that because a ballplayer earns $100,000 per home-run hit that their accomplishments are legitimate regardless of the drugs they took so that they could bang those homers.

We have reduced all things to a financial measure. We have assumed more is better. We have lost the plot. We have forgotten about rich men and the eye of the needle. We have ignored Biblical imprecations about the love of money and evil.