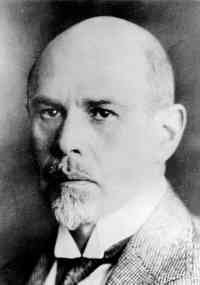 I don't mean to be a downer but I suppose it comes naturally to me--the result being raised Kaspar-Hauser-like by wolves in the wilds of 1960s Yonkers, NY.

For the past few years I have likened 21st Century America to Weimar Germany. A decadent, frivolous world, riven by extremes, prejudices and hate. A time of tumult, hope and despair. A time of upheaval in the world (the wake of WWI, the Bolshevik revolution in Russia) and a time of economic uncertainty and calamity.

Walter Rathenau, a Jew and the head of AEG (Germany's General Electric) was elected German Foreign Minister in February, 1922. He was a wise, conciliatory voice in an increasing factionalized and strident nation. In June, 1922 Rathenau was assassinated by members of the nascent Nazi party. And Germany began its fast and steep descent into hell.

Its economy collapsed. Germany was isolated on the world stage. And the politics of hate and intolerance prevailed.

I told you I was gloomy.
Posted by george tannenbaum at 12:39 PM

George! George! Snap out of it man! This is a day of liberation, of joy and roaring repudiation of our oppressors! I can't believe, you, with a heart as big as yours, doesn't feel it! Be happy, and light and gay. Welcome this day of days!

I have a dark and troubled soul and a foreboding sense of history and George Santayana.

Agree about the joy and liberation. But I worry about Nazis.

Hey, I worked at Digitas.

There are many things that can go terribly wrong in this world. I wish and hope and believe in my heart that it's not America that will be the trigger for catastrophe. We will soon have a president that I feel I have more in common with than any president of late.I hope even the lunatics will realize that this might be something good.