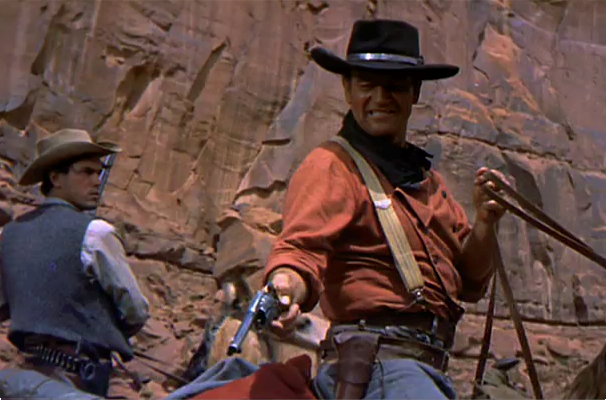 I was never a fan of the actor John Wayne. Even when he was at the peak of his long career and being directed by one of my favorite directors, John Ford, I always thought Wayne was a bit of a hack--emotive and overbearing.

Maybe I couldn’t get over his chicken-hawk tendencies. How he appeared in what seemed like countless WWII movies, yet avoided active service. He seemed even more hypocritical when Vietnam raged—where he spoke out in favor of the war, a war he refused to fight.

Maybe I couldn’t reconcile his tough cowboy persona with the reality of who he was—born Marion Morrison, not in the old west of Liberty Valance, but in the suburbs of Des Moines, Iowa.

In short, Wayne seemed to me to be a phony.

All that said, Wayne gave some advice about acting that serves as pretty good advice for marketers and for those of us in advertising. Would that more people followed it.

Too many—too many people, too many marketers (too many presidential candidates for that matter) do the exact opposite of those instructions.

They don’t talk low: they feel the need to shout, to bully, to cajole. Throw in a screaming announcer, or bold-face type, or, heaven forfend, an exclamation point! Bully your audience into action.

They don’t talk slow. They blather on endlessly, with more legalese than the tax code, with half-truths and bait and switches and outright lies.

And they say too much: You can call it marketing diarrhea, where messages come spewing forth with the force of a cyclone. Where everyone is a content creator, where every square inch of “real estate” everywhere has to be plastered with imperatives to act now, and worthless, mind-numbing “offers” to get us to do so.

We no longer even display a modicum of respect.