A night with Monk.

When I was young and in New York, there was a bar up on Broadway between 113th Street and 114th Street called the West End. After being in business for 103 years, it closed back in 2014 and reopened as a Cuban restaurant called Havana Central.

The West End was a big, dark, smoky place where you could buy a Ballantine Ale for $2 or a Rheingold, and nurse it all night, listening to classic jazz played by 80-year-old black musicians who never saved a cent from their glory days in the 1940s and 50s and still needed a gig. Or maybe it's better to believe they just liked getting together with the fellas and hearing the gentle applause of drunk kids at the end of the night.

I remember one old bass player who would seem to be sleeping in a heroin stupor, leaning on his stand-up bass and once every four minutes or so waking up just in time to slap just the right riff right into place.

It was mostly grad students who hung in the West End, because it was more of a listening place than a talking place. It was a place where you could hear the soot and grime and crime and slime of the city through the ears of old jazzmen who made it all sound good.

Around that time one of those grad students—maybe he leaned over from the booth behind mine—turned to me and said, as if it were samizdat, you’ve got to listen to Monk. 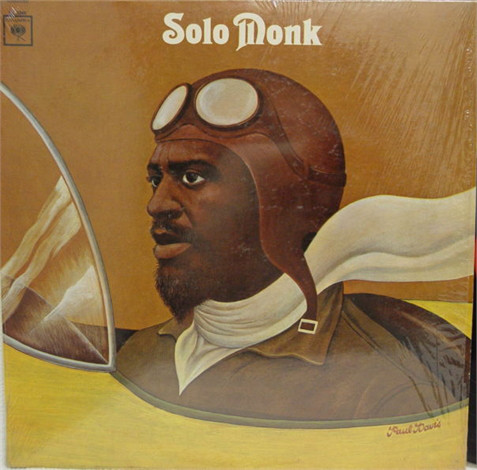 Monk was not high on the hit parade in 1979. But I went to the record store (there were record stores back then) and bought an album based on its cover art. The first song I listened to was called “Dinah.” If you don’t know it, you should. Listen to it here.

The only Dinah I ever knew, I guess was Dinah Shore, who beckoned us to 'see the USA in our Chevrolet.' Or the Dinah who someone was in the kitchen with. But this Dinah was different.

I’m reading a book now on the physicist Enrico Fermi, called “The Last Man Who Knew Everything.” Something in it really struck me and brought me to Monk. It was said that Fermi and Galileo were “once every 500 years brains.” Whereas Bohr and Einstein were mere “twice a century brains.”

Listening to Dinah, I felt like I heard a once every 500 years pianist.

Last night, leaving work late in the steady rain, I grabbed a yellow cab heading west on 47th Street. I sat down on the vinyl exhausted from another day where I felt like the heavy-bag over at Gleason’s Gym.

I thought of Gleason's slogan, from Virgil of all people, and I thought about the day I had had.

"Now, whoever has the courage and a strong and collected spirit in his breast, let him come forward, lace on the gloves and put up his hands." We turned north on 11th Avenue and steamed uptown. I tried to close my eyes, tried to grab a few moments of quiet after the day's pandemonium.

No dice. The radio was on. Loud.

Then it came on.