I’m not usually one for sports metaphors but I opened “The Wall Street Journal” yesterday morning and one hit me right between the eyes.

For those of you who don’t follow baseball, the Boston Red Sox, who have been around since the American League was founded in 1901 are off to the best start in their long and storied history. As of this writing, they've tallied 25 wins against just nine losses.

Of course, it’s a long season. Slumps happen, and dissension—one guy ragging another guy, and spite, and blown pitching arms and injuries. But if the Bosox win just 70 of their remaining 128 games (a prosaic .540 winning percentage) they will likely coast into the playoffs this fall.

But this advice, the Red Sox seem to be heeding:“When you see a good pitch, hack away, no matter the count or situation.”

In baseball, at least since I hung up my spikes back in the Mesolithic Era, the prevailing wisdom was to be patient at the plate. To let a few pitches go by. To wait for your pitch. To tire out the opposing team’s pitcher. Last year, for instance, Mookie Betts—a delightfully-named outfielder--swung at just 53.8% of the strikes he saw. Another delightfully named player, Xander Bogaerts, swung at strikes even less often.

Back when Ted Williams—perhaps the greatest hitter ever to play the game—wrote “The Science of Hitting” back in 1970, he included this chart. 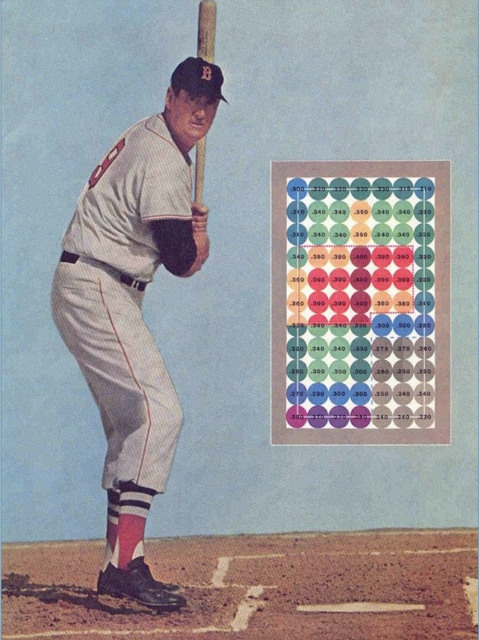 While Williams was an exceptional hitter, most batters have a similar breakdown. What Red Sox manager Alex Cora noticed was the Sox’ hitters were letting hittable pitches go by.

I wonder in our business how many great opportunities we let fly by. I wonder if we’re ignoring Cora’s dictum: “When you see a good pitch, hack away.”

I wonder if we spend more time talking about work, perseverating about minor details than we spend taking a whack at things. Maybe we’re dicking around with the language of a brief. Maybe we think we’re too busy. Maybe we’re waiting to see if something better comes along—if the planets will magically align.

Lately—this is a sign of my age—I think a lot about how it is that I’ve lasted as long as I have. I think about what I’ve learned over my 34 years in the business. I think the main thing is I swing at a lot of pitches.

If someone tells me about some work that needs doing, I usually like to take a whack at it.

But more often, I think, something good happens.

And, if it doesn't, at least I can say I went down swinging.