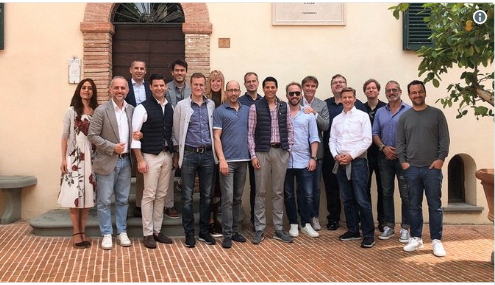 I read an article just now in "The Washington Post" about a recent tech conference in Italy which was attended by 17 tech CEOs: 15 men, and two women.

When the obligatory group photo was snapped, the women, somehow showed up missing. So, the tech conference did what is au courant behavior: they photoshopped the two female attendees (who couldn't make the shoot) into the photo.

You know, if you want something to be true, alter the truth so it appears to be true.

The reality in our industry reflects a similar lack of inclusion and diversity. In 2016, according to data in WPP's annual report, only 2% of employees were over 60. Just 7% were between 50 and 59. (Fear not. The report goes onto say that 23% of WPP companies--that's almost one-in-four--have "introduced measures to support recruitment and retention of older people.")

I am part of that 2% group. But I am not unaware of a similar lack of representation among other groups. I found this data from a fairly recent Association of National Advertiser's report.