Of bananas and Butlers.

More years ago than I care to remember, way back when intelligence mattered, the climate was considerably cooler and before muffins had become fetishized, I had a boss by the name of Ed Butler.

Ed was an extraordinary talent and an extraordinarily nice person. He hired me based on a marker comp I had had in my portfolio. (I was just about five years in the business at that point.) It was an ad I wrote for the New York Police Department and the topic was police suicide.

The headline read, "Last year in New York, ten cops were killed. 7 did it themselves."

The ad never ran. A lot of politics got involved. A lot of police brass thought it made the force look weak. The force has a suicide problem to this day. This year, to be clear, ten NYPD cops killed themselves. Cops' suicide rate is more than twice as high as the general public. They have guns, after all, always at the ready. Even though it's been over 30 years since I wrote the ad, I still think it should have run.

Ed was a funny guy. A raconteur of sorts. You could get stuck in his office for hours if you weren't careful. Talking about advertising, the Knicks, the time he sat next to Jacqueline Susann while flying out to LA, or was it Erica Jong? It doesn't much matter.

Back in those days, I'd spend hours in Ed's office--usually just me and him. The situation reminded me a bit of Hemingway's "A Clean, Well-Lighted Place," where the old man doesn't want to go home and a young waiter does.

"It was very late and everyone had left the cafe except an old man who sat in the shadow the leaves of the tree made against the electric light. In the day time the street was dusty, but at night the dew settled the dust and the old man liked to sit late because he was deaf and now at night it was quiet and he felt the difference. The two waiters inside the cafe knew that the old man was a little drunk, and while he was a good client they knew that if he became too drunk he would leave without paying, so they kept watch on him...."

"We are of two different kinds," the older waiter said. He was now dressed to go home.

"It is not only a question of youth and confidence although those things are very beautiful. Each night I am reluctant to close up because there may be some one who needs the cafe."

"Hombre, there are bodegas open all night long."

"You do not understand. This is a clean and pleasant cafe. It is well lighted. The light is very good and also, now, there are shadows of the leaves."

All these years later, thinking about Ed (he died of cancer at a very-much-too-young age) I castigate myself for being too eager to leave his office and do my work, or hang out with people my own age, or go home.

I was too much Hemingway's young waiter.

I didn't know any better.

Until you're old yourself, you never really know what it's like to be old. And how much it means to old people to pass something along. Of course, a lot of what old people try to pass along is like an old treasure map, or something scratched out in cuneiform. It takes a special skill to know how to use it. Most people, and most every agency, simply do not have the patience to give people the time. 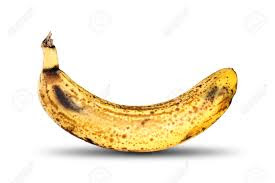 Most people, and most every agency, look at the few old people they have around like the last banana in the fruit bowl. The one they've kept in the kitchen for one day or two too long. That banana probably still tastes good, but nobody wants it around. Maybe it's a reminder that everything goes bad after a while. Like Neil Young once said, "Rust never sleeps."

Way back when, in Ed's office, when I wished I were somewhere else, he started talking about a Country-Western song he was writing. He had done the hard part, according to his mind, he had written a really stellar title:

"Chalk Lines on a Prison Wall in Tulsa."

I'm not sure if anything came of Ed's song. I was promoted and moved into his job when he died and I still feel the repercussions of guilt so many years later. The last I saw of him was at Frank E. Campbell, the Funeral Parlor on 81st and Madison, where he lay with a small impish smile in an open casket. It was the same impish smile I had seen so often when we would chat. 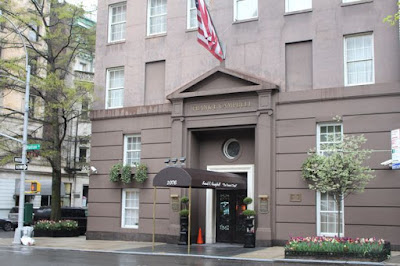 When I was younger and quippier, I might have ended this post with one of my many throw-away lines. I am the Fresh Kills Landfill of quasi-witty throw-aways, I might have said, "Time and Tide wait for Norman."

And maybe that would weave this whole thing together. Because Norman, like Tulsa, is also a city in Oklahoma.