Gillian is a young copywriter I worked with when I was at Ogilvy. Like me, Gillian was usually in early--well before eight o'clock and she was working working working. I could tell right off the bat she was a bright light--and we started sharing smiles and books.

Not long ago, Gillian sent me an email. About agency stuff. I had an idea and asked her to write a blog post on what she's learned in her first two years in the business.

I think you'll find she has something to say. I also think I may be working for Gillian one day. If I'm lucky. 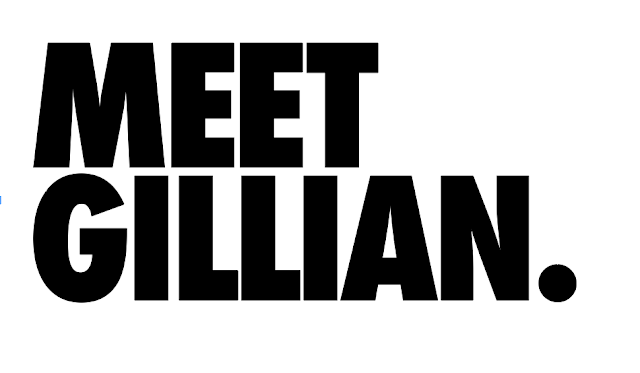 What I learned during my first two years
of advertising. Or How to Nag & Other Stories.

I never knew you could go to school for advertising.

If I did, I might not have studied 18th century French Literature and Postmodern English*.

My journey towards advertising was mostly accidental, spurred by the knowledge which came to me remarkably late that a job existed where I would be paid to write without needing a PhD.

I’m now two years in and I haven’t resorted to begging for alms or selling poems on the street, at least not yet. Here’s what I’ve learned so far.

I had a Jewish grandmother on one side and an Italian grandma on the other, so I had a head start on this. Nagging is my blood right.

To bring nagging into the office requires subtlety, but when wielded properly it can be a powerful tool. It requires knowing what is your due, understanding what you are owed and not backing down from that. However, equally important is knowing when something is well and truly off the table, as well as who can and cannot be nagged.

For example, if company policy dictates two reviews per year and yet you enter your 2-year workiversary woefully un-reviewed, time to start nagging.

But if your repeated requests for an all-office Gravity’s Rainbow book club are beginning to be met with a deep and mournful sigh, time to stop nagging.

Nagging should be approached with a pure heart, clear goals, and a delicate understanding of the feelings in the room.

This one is tricky, but it’s at the heart of everything. I mean it in perhaps a more thoughtful and critical way than it is typically invoked. At least for myself, I had to understand my value in a detailed and tangible way. If I discovered my value to be slightly less remarkable than I hoped, time to accept the sting of knowledge and find new ways to make myself indispensable.

But once you know what you offer, don’t let anyone downplay it. Because I’ve found they’ll try to—not necessarily out of any mean-spirited, corporate backstabbing, but simply because undervaluing you is convenient. It takes less time, effort, and money for those high up to assume that those down below are mediocre. In the best-case scenario, the strength of your work alone can convince them you’re not. But sometimes, you need to advocate for yourself.

Once you’ve proven it to yourself, defend your worth resolutely to others.

Ah, a double-edged sword. Let’s start on the softer side.

Two years isn’t a long time to do anything. It’s certainly not a long time to work in advertising.
But in the very beginning, I found my ignorance could be an asset. I discovered it can be incredibly useful to walk into a room where everyone is accustomed to doing things the exact same way and say, “Why? Why is this the way it is?”

I asked it genuinely; I wasn’t being a smartass suggesting a better idea. I just didn’t know the answer. But then I discovered that other people didn’t know why they did things the way they did. And sometimes, things changed for the better.

I also knew when to work on the ignorance rather than embrace it. Therein lies the humility. I wrote down unfamiliar words and acronyms and looked them up. I researched the names and campaigns that kept cropping up in conversations. I asked genuine questions, sometimes at the risk of my bravado. I knew big things didn’t happen right away, and I didn’t expect them to or demand that they did. I never pretended to know more than I did and, despite all the chutzpah in my writing this far, I tried to know when it was truly right to put my head down and be quiet.

When I graduated college, about three years and a lifetime ago, I never believed in my gut that I could be paid for my words. Ideas are a powerful currency, and the fact that my salary is based on them makes me feel good. My words are my worth, even when I’m selling baby food or motor oil. There’s a dignity and goodness in that. And to me that’s at the heart of advertising.

I get to create; I get to make something from nothing. In my first two years in the industry, I’ve learned to respect the power of that.


Posted by george tannenbaum at 7:14 AM