Back when I was an ECD at "the Digital Agency of the Decade," about a decade ago, I reached a somewhat frightening conclusion.

I worked very closely with a very good art director. And we were both cut out of the same cloth. We both had a blue-collar approach to work.

First off, we were both, more often than not in by 8:30 and ready to work. We had coffeed our coffee and read our papers. Our email was checked our incidentals incidentalized. Like I said, we were ready to go.

In a moment, Tom would show me a comp. Or a script idea. Or I would shove something across the sweat-shop table in his direction. By the time most everyone else on the team got in, we had already done a full-day's work and then some.

That's when I realized that given propitious working conditions, one driven team, or two could probably create all the creative work for an entire agency. All the banners. All the print ads. All the TV spots. And so on.

Lately my work cup has been running over.

My labor isn't going to Mark Read's ageist agenda, or adding to Martin Sorrell's lifelong WPP-buyout, or some paying for bone-head 99-year lease someone signed at the height of the real-estate market on the commercial space equivalent of an Apatosaurus.

My labor isn't going to the wireless network that works two days in ten. The expensive color printers that work one-day in ten. Or the bloated ranks of black-car riding scions that work even less. 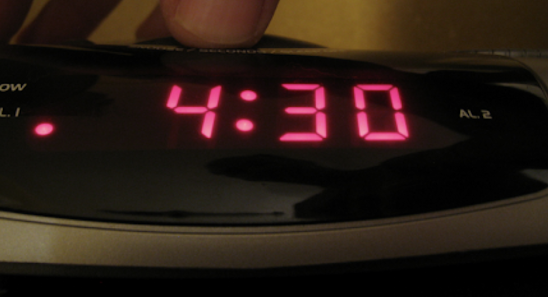 So, with my wife similarly busy, we've been setting our alarms--and Whiskey our show dog--for 4:30AM. My wife brings me a cup of coffee as thick as La Brea's tarpits and we each start tapping. Tapping at our MacBook's keypads.

My first task yesterday, which took me from 4:30 to 10 was to re-write the Annual Report of an International Monetary Fund who decided they wanted to, for whatever reason, work with me. I read like a Talmudic scholar, and used my sharpest mental pencil to make their, yes, fractured body copy as euphonious as I could without veering into the pretentious.  At 10 I mailed it off to my long-time partner in London, and my long-time account person in San Francisco.

Then I walked Whiskey for 300-calories, and then returned to the fray.

This particular fray being a new business pitch that I am neck deep into. I had talked to the agency yesterday and had a couple things to write. Usually two things beget two more. And I wanted to get on it before my wife's viscous java was merely a caffeinated memory.

I sent what I had promised off by one. And a couple more things no one was asking for by four. At which time I went out for another two-mile walk annd another 300-calorie expenditure.

At six I had a call with an editor who is cutting a manifesto film for me. And at six-thirty I have 12 students from Ad House on a Zoom call where I'll regale them with the wisdom of the ages, or more likely, my insane and incoherent ramblings.

I read somewhere that during WWII, the Army Air-Force General Curtis LeMay, could sit and study a huge reconnaissance photograph of Japan for hours, looking for bombing locations on that bombed-out island. LeMay's men gave him the mocking, but affectionate nickname, Old Iron Ass.

In my early days at Ogilvy I was on a pitch. In about two hours I wrote 50 print headlines and ten commercials.

There's a lot of tricks of the trade you can pick up along the way in advertising, or any other business. Things you learn because you've done them so many times you know how to get the job done quickly.

Maybe in advertising I've learned how not to get fixated on a thought. How to look at a problem 50 ways to Sunday. How to say, "let me write one more," twenty times. I suppose those are the advertising equivalents of a tailor who knows how to eye-ball a hem and sew it evenly, or who know how to let out a waist because someone's gone a little heavy on the Haagen-Das. Maybe, better, it's like a race-car driver's pit crew who can change a tire in nine-seconds.

Shortcuts are great. I'm all for them.

But nothing works quite as good as being an Iron Ass.