Social is Telling Us Something.

I know people way smarter than I, neuroscientists and the like, study the design and symbols of the web and figure out what sort of colors and signs incite human response. It's no coincidence that your heart races a bit when you see the little red something-or-other indicating you have mail, or messages, or likes or some sort.

There's no equivalent in print or broadcast media because messaging on those channels isn't continuously updated. It's mass, in a sense, not ego-derived. 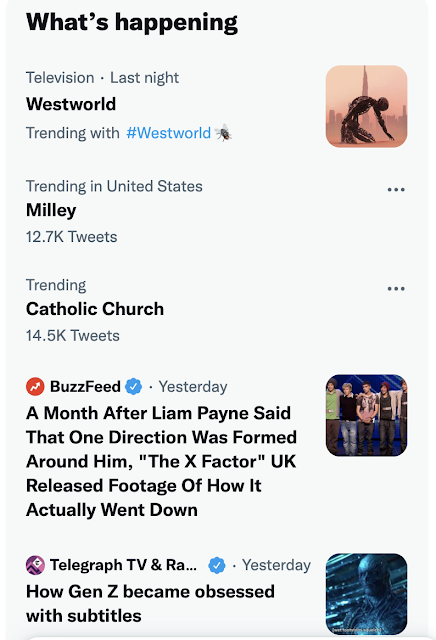 Of course, there is dumbness to online media that often makes me want to throw my Mac through the nearest plate glass. What sort of "intelligent" algorithm--and tracking software that supposedly knows my every synapse, would think for even the firing of a single neuron that I would be interested in any of the "news items" I've pasted above. It's hard for me to be the least bit sanguine about the future of our species and civilization itself if those are the things that concern us, or even, entertain us.

However for all that, from an advertising point of view, there is absolute brilliance to be found online. If agency people, clients, procurement and anyone vaguely associated with marketing thought of marketing with this in mind, marketing--and the messages marketing created--would be much more well-liked, much more effective and would work much harder.

When I see a bad ad on, say, LinkedIn it annoys me much more than any newspaper or magazine ad ever did. I don't know why that is, it just is.

Maybe ads in printed journals are easier to skip or ignore. Maybe because they were often very expensive to place, marketers were a bit more careful and caring with them. Of course regardless of the media, 98-percent of all ads show attractive people grinning like idiots holding up a credit card, a fabric softener, or a sunscreen. Sometimes all three at once. But somehow, seeing those things while I'm scrolling irks me more.

Some social sites let you tell an algorithm when an ad annoys you. Nothing actually changes in your feed. You'll still get the offending ad as often as you had, but in true zuckeronian evil, the viewer is given the gauzy nothing of having actual control.

But real control isn't the point.

The point is online media--someone or some bot at some Silicon Valley data-thieving corporation, understands what people actually think of ads. They give you some options when you're force-fed them.

you get to this: 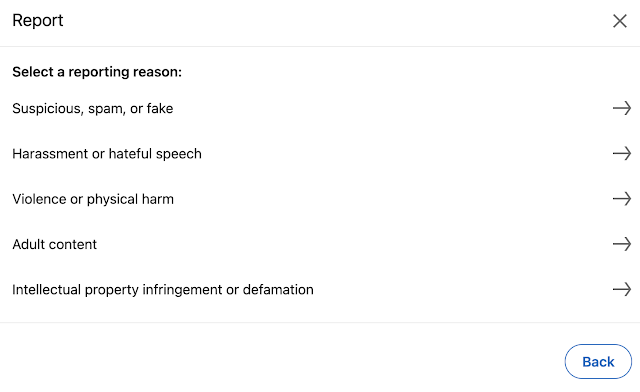 If I still worked in an agency, I would have those two rectangles above blown up to billboard size, say a genuine 14'x48' and I'd mount them in every conference room in my building. I also have them as page two, after the cover page, and the next-to-last page after the obligatory "thank you!" in every insincere deck.
Those images aren't pretty. They're scary.
They're a reminder that no one wants to see your ad. If your ad doesn't give the viewer something in return for her attention, it will be unwanted.
Our job as marketing practitioners is to provide viewers with useful information in an executionally brilliant way.
That is, help viewers learn something, help them feel something. God forbid, make them laugh.
That should be the simplest portion of the equation that links the teller and the tellee. If what you're saying isn't of value, people will reject you.
As they should.

Posted by george tannenbaum at 8:00 AM