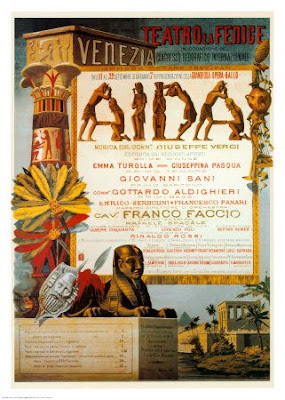 First of all, since this blog proposes to look at the world through a linguistic lens, where did the word content come from? I am 50 and before a few years ago, the word, in the way it is used today, did not exist. We relied on words like information, stories, movies, interviews, jokes, instead of the catchall phrase "content."

"Gone With the Wind" was not content. It was a movie, and frankly, my dear,a damn entertaining one. But by amalgamating everything under the heading of content, we eliminate judgment, quality, nuance. It's all just content. Calling everything made out of binary code "content" is as broad and inaccurate as using phrases like "axis of evil," to describe two-or-three-hundred million people. Calling everything content is as broadly discriminatory as saying "all Asians look alike." It's just not the way things are. Everything that contains information, everything that can be viewed while trapped in an edit suite or a conference room in Client-ville is not content.

Think about some of those Ogilvy-isms that were drummed into our heads, either from working at Ogilvy or from reading "Ogilvy on Advertising." "You can't bore someone into buying your product." "The consumer isn't a moron; she is your wife." "Unless your advertising is built on a big idea, it will pass like a ship in the night." In other words, it had damn well better be interesting, or it isn't content.

Now, let's fasten our seat-belts and take a look at some data. According to Richard Saul Wurman in "Information Anxiety," “Companies are only able to keep up with, and use less than 7% of the information they produce.” More data will be produced in the next year than has been generated during the entire existence of humankind. Every year the amount of data produced in the world grows by 800%. In 2005, humans produced 43 million exabytes of data--that more than eight times the amount of printed data ever produced.

Hold on, here's some more: Cal Berkeley studies estimated that by the end of 1999, the sum of human-produced information (including all audio, video recordings and text/books) was about 12 exabytes of data. The 2003 Berkeley report stated that in 2002 alone, "telephone calls worldwide on both landlines and mobile phones contained 17.3 exabytes of new information if stored in digital form", and "it would take 9.25 exabytes of storage to hold all U.S. [telephone] calls each year."International Data Corporation estimates that approximately 160 exabytes of digital information were created, captured, and replicated worldwide in 2006.

Did you cry "Uncle" yet?

The word exabyte is the basis for the term "exaflood", a neologism created by Bret Swanson of the Discovery Institute in a January 2007 Wall Street Journal editorial. Exaflood refers to the rapidly increasing torrent of data transmitted over the Internet. The amount of information people upload, download and share on the Internet is growing (due in large part to video, audio and photo applications), at an exponential rate while the capacity of the Internet, its bandwidth, is limited and susceptible to a “flood” of data equal to multiple exabytes. "One exabyte is the equivalent of about 50,000 years of DVD quality video.

All this data is not content. It's just stuff. It's not king. It's inundation. It's NONtent.

So, if you'll give me the notion of NONtent--shit that isn't interesting, relevant, important, funny, entertaining, I'll concede to you the notion of content. And now I will go back to the days of the Mad-Men and attempt to resurrect the content phrase that pays.

So, I'll go so far as to say this it's not content without AIDA.

You don't go home nights and watch "content" on the content-boob-tube that doesn't involve AIDA. You don't listen to the radio or subscribe to magazines that aren't AIDA-oriented. You don't consume NONtent. Why would your audience or your target?

If you build it, they won't come.
If it's interesting, they will.
Posted by george tannenbaum at 9:32 AM

Nontent is it.
A part of the content discussion is and has always been this weird notion, false belief, that everything you put out there will be seen and scrutinized by everyone, when the fact is that almost nobody ever sees or care for almost anything out there.
Most payed for advertising is simply supporting the media they appear in. The bulk being among the lamest of attempts to create "content". Instead of contact.
Clients should be far more worried for their work not being anything more than nontent than worried about the size and placement of the logo and corporate color. Which, it seems, is almost always blue no matter what company it is.