The longest distance between two points. 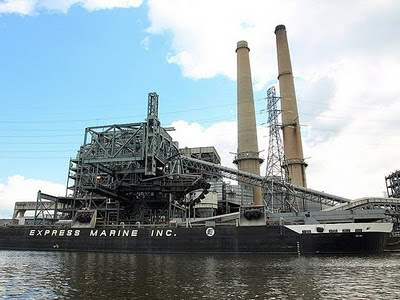 If you've ever driven past a giant oil refinery or an electrical power generating plant, you've seen the way most companies and certainly most agencies work. What you'll see when you drive by these complexes are an array of ducts and pipes and smokestacks connecting this way and that and as tangled as a hippie's hair at Woodstock.

Of course these systems weren't originally built and designed that way. They were probably built with a certain degree of method and order. But over time as demands for capacity increased or new demands had to be met, wiring and ducting had to be re-routed. Before long whole new structures were glommed onto the old, then even newer structures were laid on top of the other systems and so on and so on.

In these plants nothing works as it should. The whole thing is a rickety mess. And the output of the plant is often at the mercy of the smallest, oldest and most insignificant parts.

Most businesses have come to be configured in similar ways. So we hear things like, "it's a matrixed organization." We find out it takes three years to begin to update a website because systems are built out of other systems. Straight line production is unheard of--all processes are complicated, bureaucratic and baroque.
Posted by george tannenbaum at 6:34 AM