As people who know me know, my favorite historian is Robert Caro.

Over the course of my long and miserable career, I’ve learned from a lot of excellent writers. Chris Rockmore when I worked at Bloomingdale’s. Marshall Karp and Harold Karp when I was at Lowe. Ed Butler when I was at Ally. And most significantly, a murderers’ row of great Ogilvy writers: Steve Hayden, Chris Wall, Steve Simpson and David Fowler.

I am lucky in that.

But of all the writers I’ve studied, the one I’ve learned the most from is Caro. Sure Caro’s never written an ad. But he’s won two Pulitzers and two National Book Awards. His papers, 200 linear feet of material, have just been purchased by the august New York Historical Society for display in their archives.

Caro said, in a recent article in “The New York Times,” “I want people to be able to see how I gather my material and how I turn it into books, how I write. In my opinion, the quality of the prose is just as important in nonfiction as in fiction.”

I’d add that the quality of prose is just as important in advertising copy as it is in fiction. It’s our job to make it interesting. To make it memorable. To make it informative. To make it warm. To make the reader feel smarter and happier having read it.

That’s no small order in a world where 99% of clients and agency people say, ‘no one reads anymore,’ and each little bit of copy has to go through 29 (sorry, Rich Siegel) rounds of revisions just to make it thoroughly revolting. Further, 99% of clients and agency people think that the way to write is to sound officious and to use cliches that people hear all the time—even when, especially when, they are devoid of meaning.

I’m all but positive that no one knows half of what people mean when they say reimagine, edgy, robust, scalable, brave and bold. But you’d be hard-pressed to find an ad—whether it’s for a $10 million Cloud infrastructure or a $1.29 bag of nachos that doesn’t use most of those words.

In fact, Governor Jay Inslee of Washington state grew so disconsolate about how his bureaucrats were talking to “constituents,” i.e. people that he’s provided guidance for state workers here. 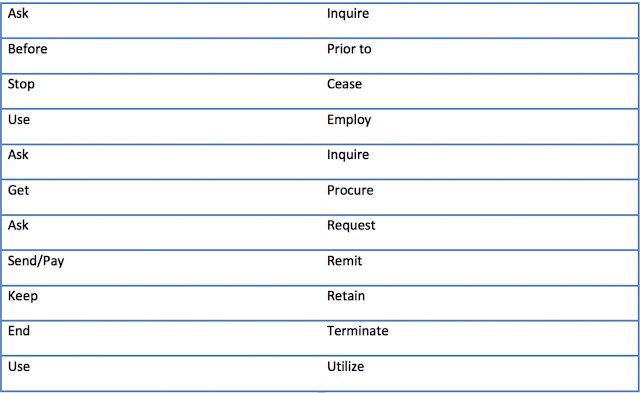 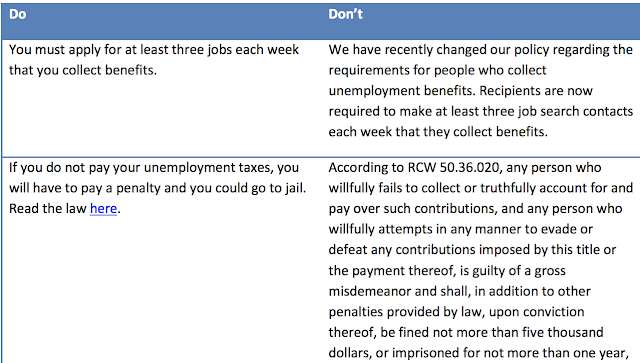 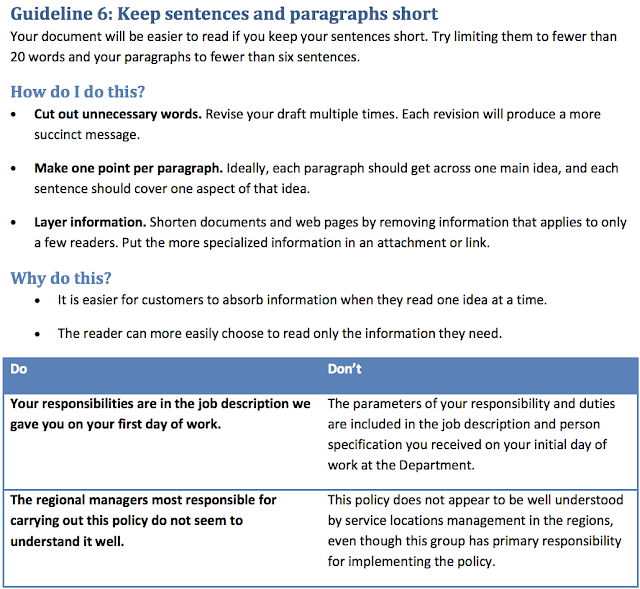 It’s sad when bureaucrats get more instructions on how to write well than clients and agency people.

But back to Caro, and the subject of this post.

In sum, Caro has taught me two things. Two things that in a better world (see obscure Latin quotation above) would be guiding principles for our industry and the few remaining people who work in it.

Number one is the biggest and it’s inviolable.

There is no way to short-cut this. Getting to know what a client sells, what needs it meets in the market, the lives of those who buy it (and those who don’t) takes time. No predictive analytics and four color swatches can really pick your wardrobe. No algorithm can forecast your interpersonal preferences. No MBA, no matter how learned, automatically knows anything.

That thing there’s just too little of.

As in brief at ten. First tissue session at two. Second session at seven. Client tomorrow at three.

The second bit of Caro might be more writer-centric. But I think, really, it is ad-industry-centric. Because we are communicators, whether we write or not, and our currency is well-thought out words.

Our job, according to Caro—and me, is to:

Find out how things work and explain them to people.

That does not mean we are in the business of writing instruction manuals. It does mean that we buy into the notion that most people go through life unabashedly confused.

Answering those questions involves finding out how things work. Deodorant. Plastic wrap. Automotive depreciation. And so on.

And explaining them to people with interesting and empathic words.

It’s not about going to Cannes. Or linking a brand to the fate of the rapidly disappearing Siberian tiger. It’s not about stunts and data and toothy celebrities.

That’s the bushwa that’s taken over our industry today.

That’s the bushwa that’s allowed us to ignore the simple, seminal truths I’ve highlighted in this long-winded post.

That’s the bushwa that’s led us to care more about awards than persuasion and selling.

That’s fine, if that’s what you want.

I’m re-reading Caro.
-
BTW, Robert Caro's books are prodigiously long. Not too long. Too short, if you ask me. 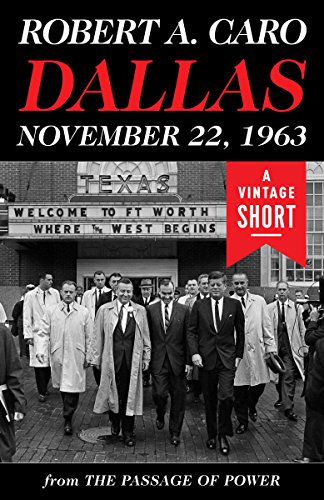 But if you want to start small, read an excerpt. His gripping account of John Kennedy's assassination and the subsequent actions of Lyndon Johnson.

And I'll make a deal with you.

If you read it, really read it, and it doesn't make you a better writer, a more informed person and yes, better at your job, send me a note and I'll send you $2.00.

You'll make a penny on the deal.
--
This just came to my attention.

I edited it because I couldn't help it. This is the kind of crap that afflicts us today.

The yellow highlights are bs words or whole sentences I cannot understand. The red words are my comments.

________Went Through a Round of Layoffs Last Week
___________________ went through a round of layoffs last week, which an agency spokesperson described as a necessary step to streamline agency operations. (not cut costs—streamline operations.)
The layoffs impacted (what are they, wisdom teeth or people?) under five percent of the _____ Village (must not be a very friendly village) workforce, according to the ______ spokesperson. _________ employs between 200 and 500 (it’s not reassuring when the estimate of the size of your work- force has a 250% margin of error), according to _______ (the spokesperson is no longer speaking. The company itself is. What does the village think?) This would seem to put the total number impacted by the layoffs roughly somewhere between ten and 25 employees. how about: “the total of number of people laid off was between ten and 25.”)
“Today we said goodbye to some incredibly talented people, and we are grateful for the important roles they have played in our business. This was not an easy step, but a necessary one to streamline our operations as we bring the media and creative offerings closer together and ensure we are set up for future investments,” (Help. I can’t understand this) the _______spokesperson said in a statement. “Our focus is on continuing to build on the Boston Village’s heritage of world-class creative storytelling and integrating our underlying strategic skillsets to deliver work that blurs the lines between message and medium to unlock value for our clients.” (Help. I can’t understand this. Please show me an example of what this means.)
Posted by george tannenbaum at 5:33 AM