Now serving no one.

A few dozen decades ago as a young man, I read J.D. Salinger's novella "Raise High the Roof Beam, Carpenters." While not exactly the perfect "beach read," I learned something from it that I think about now as an old man.

Because I've been a "New Yorker" reader since the good old days when Richard Nixon was president and not nearly as corrupt as the current denizen of the White House, I dove into the magazine's digital archive. I was able to find Salinger's novella as it was originally published in the magazine on November 19, 1955. That's a full two years and a few weeks before I began making my parents' miserable lives even more miserable.

The lines are remember are these: "Marriage partners are to serve each other. Elevate, help, teach, strengthen each other, but above all, serve."

With the state of our industry today, and certain recent events in my professional life, lately I've zeroed in on those two sentences.

I've focused on them not in terms of marriage but as a way of thinking about what employees like you and me should expect from the agencies at which we work. What agencies should regard as part of their ethos if they hope to rise above the dirty commodification of an industry that seems to be engaged in a furious race to the bottom.

Back in August, 2019 a group of prominent CEOs convened. Their stated mission was to redefine the role of the corporation as an entity that serves, not just the 1%, not just shareholders, but all people. You can read the short report here.

Here is the gist, with small editorial interference from me, to consider:

"While each of our individual companies serves its own corporate purpose, we share a fundamental commitment to all of our stakeholders. We commit to:

It could be my mouth is stricken with the bitter tang of technocratic toxins, but to my jaded eyes, very few agencies today abide by any of the ideas in the bold text directly above.

Agencies are happy to give employees the ECD title, but today it seems like it stands for not "Executive Creative Director," but "Extreme Compensation Demand." 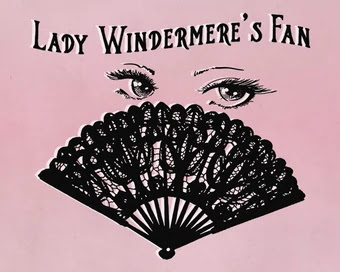 As Oscar Wilde (dead at 46) had Lord Darlington say in his great play, "Lady Windermere's Fan," "a cynic is a man who knows the price of everything and the value of nothing." The out-for-themselves cynics who run today's agency-world oligopoly see no value in experience or expertise; they see only price.

Agencies as they are constituted today, run essentially by Vulture Capitalists, are bent on squeezing maximum profit at minimum cost. The idea that they serve any constituency other than their own c-level or the c-level of the Holding Company and what Theodore Roosevelt might have called, in a more Progressive Era, the "Advertising Trust" (hahaha) is spurious at best.

Work get smaller and less important.

The role of the agency as a spur to business withers.

The people remaining in the industry are low-wage workers (many of them part-time so as not to receive benefits.)

The only thing growing in the agency business is the row of black cars waiting outside agency buildings at night ready to take to their lavish homes the chieftains, the only people any longer served by the business.