Over the 36 years of my career, I’ve been lucky to have worked for and with a handful of some of the best advertising writers to ever tap a keyboard. Chris Rockmore, my boss at Bloomingdale’s. Marshall Karp and Harold Karp at my first agency job at Lowe Marschalk. Ed Butler at Ally & Gargano. And a veritable pantheon during my 10 years at Ogilvy, Steve Hayden, Chris Wall, Tom Bagot, Steve Simpson and David Fowler. Others, too, too numerous to list.

Not to be snide or dismissive, however, the writer I’ve learned the most from isn't from our industry. It's Robert Caro.

Caro is most famous for “The Power Broker,” his 1,300-page Pulitzer-winning biography of Robert Moses. And for his 3,300 page four-volumes on Lyndon Johnson, which have won both a Pulitzer and a National Book Award.

I’ve attended Caro’s talks. I’ve read all the above books and more. And I’ve read every article I could find on him. His writing means that much to me.

The funny thing is, I can boil-down what I’ve learned from Caro to just three words. They’re three words that it seems none of the money people (and sadly, that includes most clients) in our business understand. The whip-crackers who give you 45-minutes to come up with a campaign. The project managers who stand behind your rickety Aeron asking, “Are you done with it?” The CCO who says “We need 21 print ads with full copy by lunch.”

No, they don’t understand.

In other words, it takes time to find out the truths that reside deep in the marrow of an brand. The truths that mean everything but that are also, too often, unvoiced. Simply because no one takes the time, or has the time, to find them.

Or no one any longer takes the time, or has the time to express them. 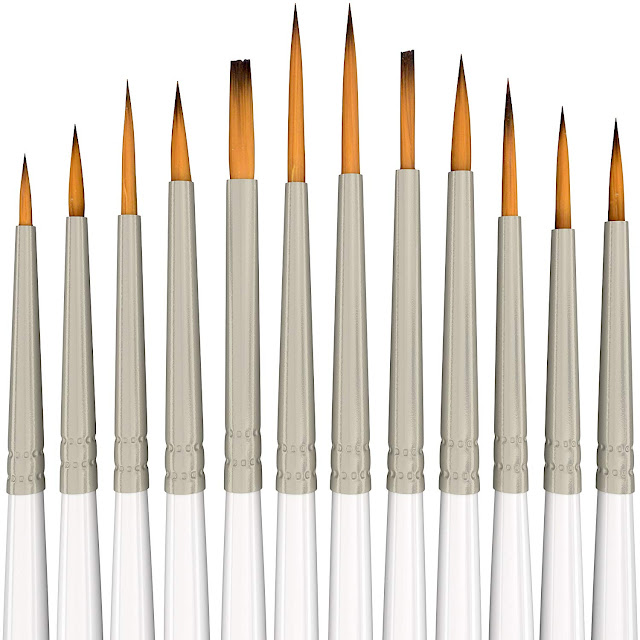 Truth isn’t found when you’re painting with a nine-inch roller. It’s found when you’re applying the tiniest dab with the smallest 00000 paintbrush. The brush of a Leonardo, who 17 years after “finishing” the “Last Supper” stared at his work for hours when he finally added one more stroke. This below is from Walter Isaacson's biography of DaVinci. 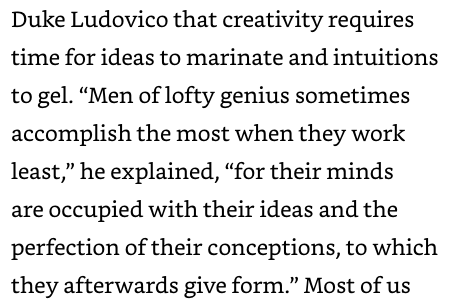 Truth is about details.
Truth like this captured by Kubrick.

Yesterday in this space, I posted three adds by one of the most-truthful, most-detailed, best advertising writers ever, David Abbott.

At least three different people commented on the typography of the ads. Specifically the way the “y” tucks into the copy in the ad pasted here.