There was a short item making the rounds through my social media circles this weekend about the increasing sophistication of AI. With natural language understanding and a better and better grasp of context, idiom and nuance, eventually, the article said, asses like myself would be replaced by super-fast writing machines that can do the job in 1/100th of the time for 1/1000 of the cost of this old Yonkers Jew.

I've been down the road before and have heard all kinds of claims about this throughout my life. I've always taken them with more than a soupcon of salt because I've never seen any technology fulfill virtually any of the claims they claim. As I've so often said, if you're booking a flight, apps and software are great until there's a snowstorm or thunder and you need a person to rebook you. Or you need a person just to know that there's empathy somewhere in the world. 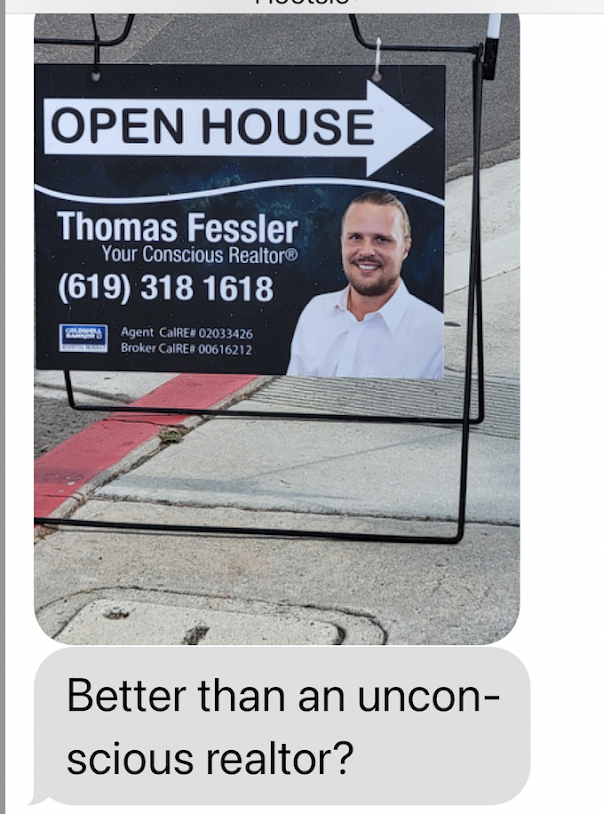 What's more, as good as AI can get, my brilliant younger daughter sent me this on Sunday. It was probably written by a human but you should get the point. It's hard for anyone or anything to look at all the idiosyncrasies of the English language and to write things that are precise and un-misunderstandable.

Last week I tried to make an appointment online with my local car dealer. The process sucked--I don't know exactly what I need done, I just know I need a lot of it. And with my 1966 Simca 1500 approaching 600,000 kilometers on the odometer, I'm in no mood to wait around while they adjust the maximal minimizer and cohere to vacuum compressors. Yet, online, there was nowhere to ask for a loaner.

About a century ago, Jean Renoir, perhaps the greatest film-director who ever lived (and the son of the great painter Auguste Renoir) said "loitering is the foundation of all great civilization."

When the Simca repair shop picked up the phone, I explained my situation to him. Simply, I need a loaner.

A lot of hackneyed marketers talk about "surprise and delight." That's their way of doing something unexpected and special for someone.

What they fail to realize is that sometimes a fair amount of surprise and delight can come simply from another human being sharing a joke with you. Yes, doing her job well. But adding to it with a bit of empathy and humor.

As Jean Renoir said that all civilization is based on loitering, I would wager that a lot of customer lifestyle management (or whatever the technocrats are calling it this week) depends of efficiency, listening, warmth, empathy and humor. Yes, humor.

I worked with IBM Watson for nearly five years and had much to do with its launch and Watson's winning on-air personality.

AI can't bring a stray bit of information into a "conversation."

The head of the carpet department briefed me on an ad I was to write on expensive Kilims, Persians, Ikat, Bokhara and Chobi Ziegler rugs. The carpet buyer talked to me about where he found the rugs and the routes he traveled to buy them.

It was expected I would write something like "Save 20% to 40% on Exclusive Carpets and Floor Coverings."

Instead I remembered an octad I had read from Kipling some years earlier. My copy started with this:

Ship me somewheres east of Suez,
where the best is like the worst,Where there aren't no Ten Commandments
an' a man can raise a thirst;For the temple-bells are callin',
an' it's there that I would be —By the old Moulmein Pagoda,
looking lazy at the sea;

But I do know, if anyone did, they got something they wouldn't have gotten from AI copywriting.

They got a little human.

And maybe a little smile.

Maybe all CRM relies, not on AI, but on being human.