A lot of the work I now do is fairly simple.

It's simpler than the work I was doing when I worked for giant clients at similarly giant agencies.

Most often I have clients coming to me with an ontological shrug.

In the parlance of the business today, they have built a lot of decks. But they have no hull, no keel, no rudder, no masts and no ballast.

In the apocryphal language of the even-more apocryphal Old West (which probably emerged from the typewriter of a Jewish Bronx-born Hollywood screenwriter 80 years ago) most of life seems all hat and no cowboy.

In the equally apocryphal words of Gertrude Stein, most people, corporations, promises have "no there there."

A lot of times I'll have a CMO call me and say, essentially, "we worked for seven months with a large international branding firm. They gave us 16 decks and I'm left with the word 'aspirational.'"

They have no idea what they do, what they do differently, why they do it and how they speak and act. 99% of people don't even know what aspirational really means. I used to think it was something to eat with Bernaise sauce.

I have a confession.

Since I moved into my new old second home up here in Connecticut, I watch virtually no television. I used to enjoy watching television. It was a nice way to unwind at the end of a pressure-filled day. 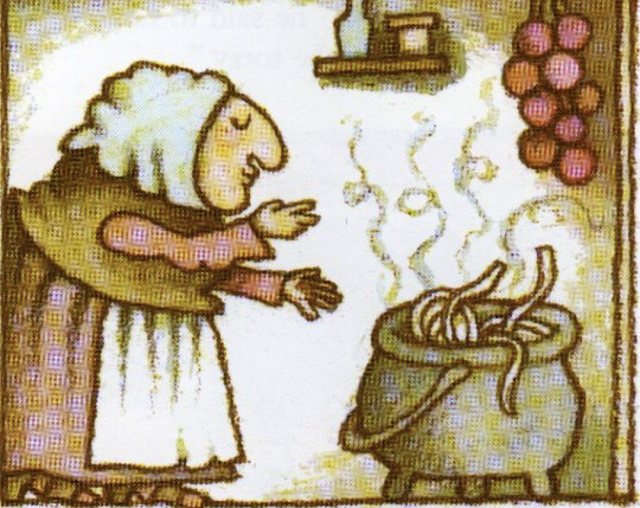 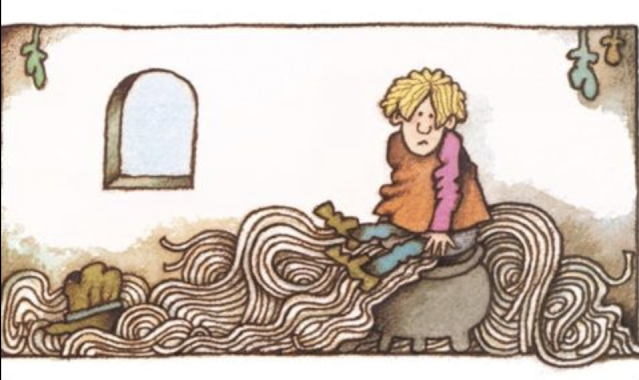 One of the reasons I've given up on TV is that TV itself has gotten too complicated for me. I don't know what it does anymore. Does it provide entertainment or confusion? A baseball game or surveillance capitalism?

I literally don't know how to scroll through stations. There are thousands of them. And it seems there are at least 259 featuring overly cosmetic'd women selling plastic trinkets for $129 that they say look like the real thing. Sometimes it seems to me that channels multiple like Strega Nonna' s pasta pot which overwhelmed Big Antony. Eventually, a surfeit of pasta took over their entire town.

It feels to me that sometimes the channels are chasing me as I try to skip away from them. The last thing I want to spend one micro-second hearing is Pat Sajak uttering banal bromides.

There's nothing that makes TV simple and uncomplicated for me. As easy as it was 50 years ago when there were three networks, two channels that played either the Mets or the Yankees and one that played "The Million Dollar Movie." In other words I knew where to get what I wanted to get. Now there's so much that I can't find anything.

But back to advertising.

Advertising has forgotten the basics.

Dave Trott, er, the brilliant Dave Trott, breaks down the essentials of communication to their most elemental. Every successful utterance can be parsed this way.

First, you have to have impact. You need to get attention. Or what's the point.

Second, you have to communicate. You have to say your message clearly and emphatically. So people understand.

Finally, you have to persuade. You have to tell people, "what's in it for them." The au courant notion of a "Call to Action," isn't persuasion. It's an affliction based on the spurious belief that shouting gets results. Hurry in!

Taking a step even further back, when I start with clients, I usually focus my work on two very important baby steps.

To my jaded eyes and ears, most people and brands fail on these two measures.

Telcos generally spend billions a year on advertising. Because everyone needs a cellphone and telcos are an oligopoly, they spend more than anyone else.

I have no idea what Verizon is or AT&T.  I'd betcha fewer than one person in ten knows what AT&T even stands for.

No one tells me why I should like them.

And since half of the calls I make wind up being dropped, I regard every one of their tens of billions of dollars of messages as lies.

I've never heard a telco say, what they're doing to make calling more reliable. I hear a lot about 5G. There's a new Verizon spot running around now, saying that with 5G there's no lag. I've heard about lack of lag since the 33 rpm long-playing record was introduced by RCA in 1948. Guess what, there's still lag.

Most communicators are playing a game of smoke and mirrors. They do so little to provide real information and hope their abundance of useless information will snow you into nodding. To fuck with Descartes, "I'm overwhelmed, therefore I am."

For instance, there's not a climate-destroying oil-company in the world that tells you what they're actually doing to fix the problems they've created.

They hope to soap you instead with banner ads that say "We're going carbon-zero by 2040." Most people can't imagine life next Thursday. 2040 is all but meaningless. Even agencies are saying they'll be carbon neutral by 2040. I had no idea they weren't.

This is a roundabout way of saying do the same thing with your advertising that you'd do if you were trying to meet someone in a bar.

This is who I am.

This is what I do.

And let me prove it to you by doing something special, like giving you a laugh, or a compliment, or some useful information.